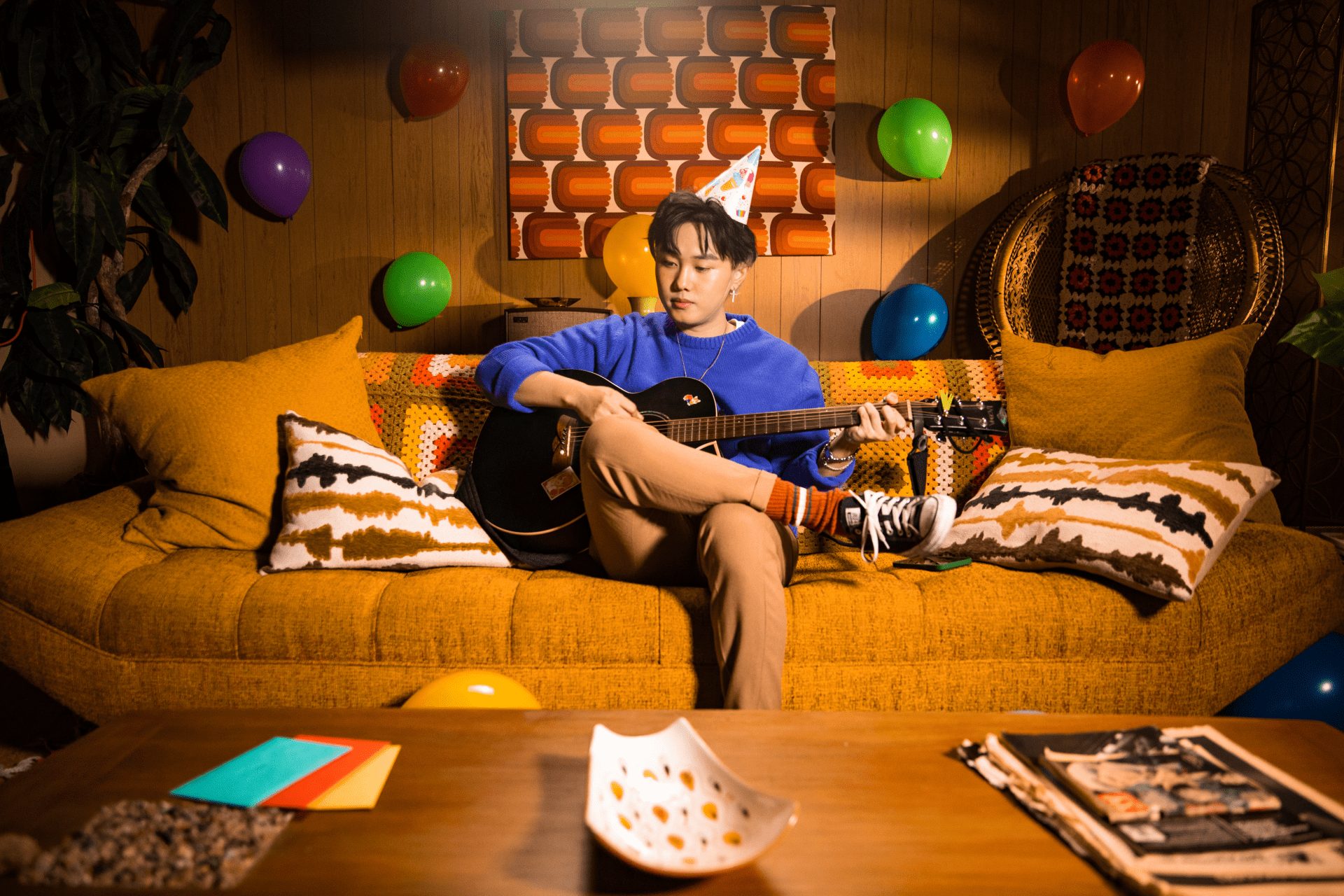 Following the momentum of his successful single “Fresh Off The Boat”, fast-rising singer-songwriter JAKE $ING tackles relationships with his first-ever studio EP

Los Angeles, CA — December 9, 2021 — Shanghai-born, 626-raised emerging pop artist JAKE $ING, who signed to Sony Music just a year after his debut, continues to position himself as a new voice for Asian-American Gen Z with the release of his very first EP ups & downs. ups & downs follow the success of his three most recent previous singles, “You’re So Ugly,” “Turn It Up,” and “Fresh Off The Boat,” the latter of which was dubbed “an empowering summer anthem” in Flaunt Magazine. In a three-track review by Joseph Maltese, the trio of singles earned an overall 7.8 score in Music Connection, where his songs were described as “tunes that soothe, but lyrics that sting […] blunt-force language, but with a tender, sensual tone”.

The singer-songwriter’s latest EP is comprised of four tracks (“MAKEUP,” “TILL IT HURTS,” “LET DOWN,” “TOO MUCH”) and is a testament to the last three years of his life, which he says, “made me realize that part of what it means to be a human is to go through those ups and downs” and that “these moments of ups and downs is what makes us who we are.” It portrays the nature of all the relationships in his life, being a mix of wonderful ups and heartbreaking downs. Each track serves as a phase of a good relationship turning sour. Faced with the inevitability of losing loved ones, “all we can do is learn from the love, and heal from the loss.”

With a record that resonates with not only today’s youth but anyone of any age navigating the throes of life and love, JAKE says he sees himself as the “Spiderman of the music universe” as he continues to try to grow into an “Avenger” artistically, by doing things the way he knows best and making differences where he can, big or small.

JAKE $ING’s last single, “Fresh Off The Boat,” was featured in respected media such as Rolling Stone India, Flaunt Magazine, Ones To Watch, and AsAm News and was included in 15 Spotify playlists alone after its release. Through this particular track, which was released during the height of the movement against AAPI hate, he championed Asian-American cultural identity and spoke on personal experiences growing up in America as a Chinese immigrant. The song “Fresh Off The Boat” gained media recognition as a reflection on ethnic diversity in the United States as well as an anthem for unity in the face of discrimination. Prior to the release of “Fresh Off The Boat,” JAKE made headway with his single “TURN IT UP,” which hit #1 on the FM 102.7 Urban Pop Music Chart in Hong Kong earlier this year — a notable and telling career achievement for the young up-and-comer.

JAKE describes his artistry as “honest” as he is hands-on with every aspect of his work. He showcases unlimited potential with his participation in all components of his brand, including composing, directing, producing, and video editing. With such a personalized and ambitious approach to his music, as well as his authenticity and relatability, JAKE has garnered a growing, loyal following. Illustrating the countless hours of work and commitment he personally pours into his music to ensure its ingenuity, he states, “When you hear a song from me, it will always be from me, the videos will be from me, and the promos will be from me.” With the constant emergence of new talent, JAKE $ING aims to stand out by going against the grain and making it his mission to create music that touches people’s souls, pushes boundaries, promotes unity, and is an empowering figure to the Asian-American community. 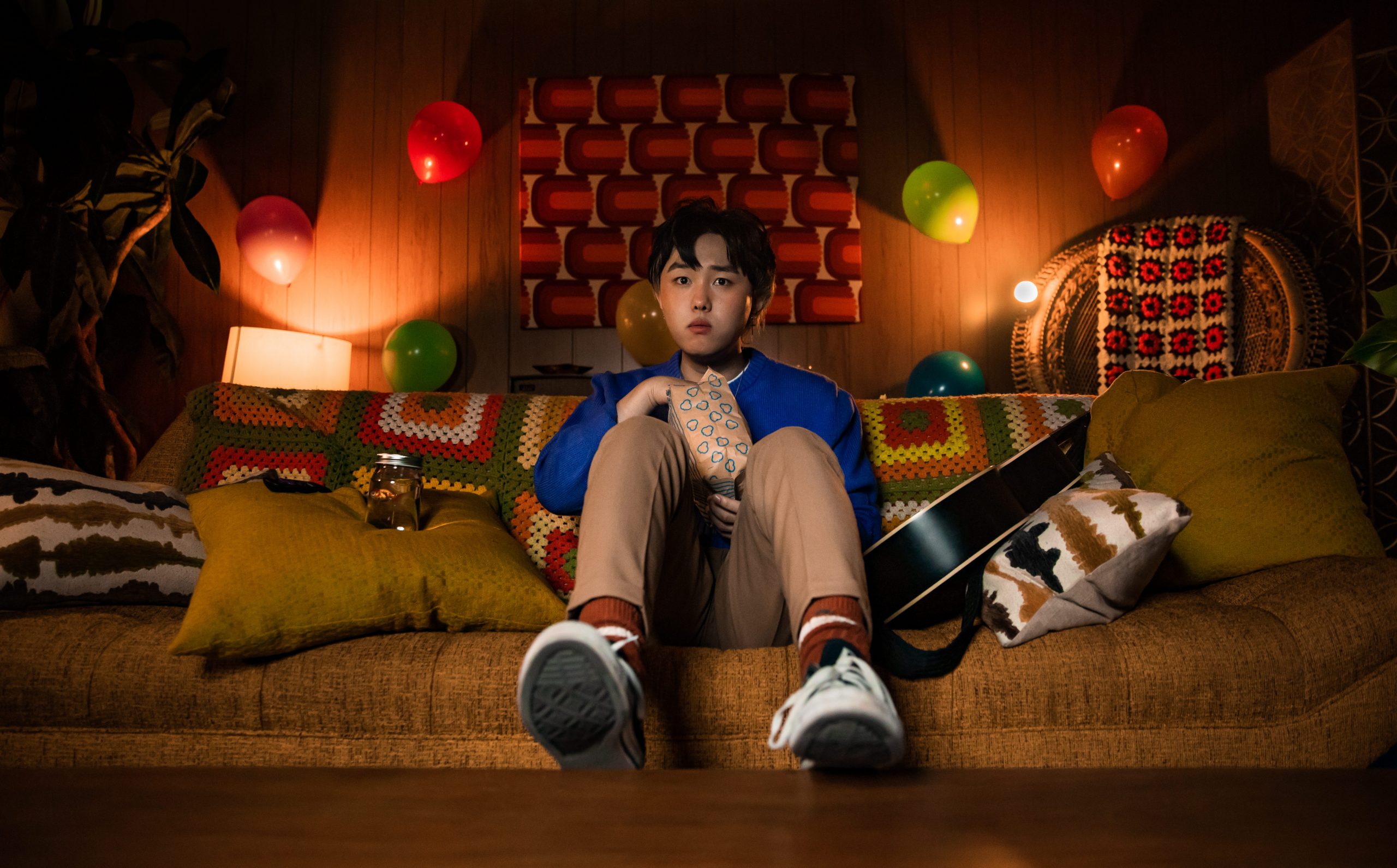 Born in Shanghai and raised in the 626, JAKE $ING (Jake Sing Chan) is a Chinese-American singer and songwriter who has been exclusively signed to Sony Music since November 2020, a record deal he secured only a year after his official debut. He immigrated to the United States at just three years old and began nurturing his musical talent at a young age, having found his first guitar in the middle school dumpster. He’d spend school nights learning covers of pop songs off of YouTube and soon found himself leading his own band at church every weekend. After graduating from the University of California, Riverside, with a Bachelor’s degree in Marketing, Jake chose to pursue his passion for music and found an unlikely partnership with seasoned producer Jorge Lanzas (The Kooks, Teddi Gold).

He’s been played on the airwaves of radio stations like Avopolis Radio and On Station, attracted over 2.2K likes on the Subtle Asian Traits Facebook Group (1.9 million members) and has already been featured by respected media such as Rolling Stone India, Flaunt Magazine, Ones To Watch, and AsAm News. With almost 320,000 views on YouTube and 65,000 global streams on Spotify, JAKE $ING is on his way to establishing himself as a beacon of light and inspiration for Asian American Gen Z.

Top 10 Instagrams To Follow for the Latest Korean Fashion Trends