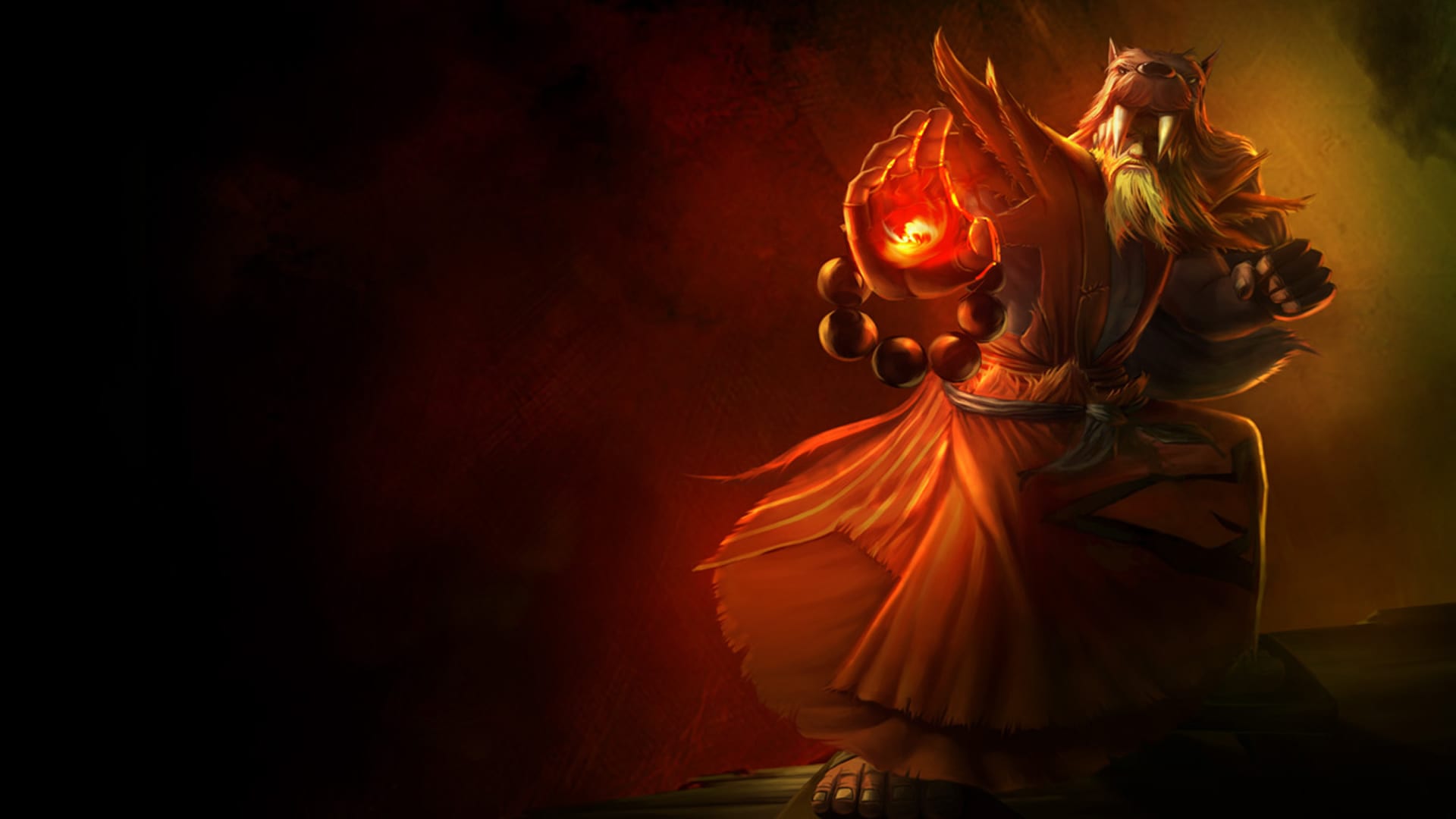 Koreans have an image as the top gamers in the world. Many people worldwide analyze and study how Korean meta differs from other regions. These include runes, items, team combinations, play styles, and champions. People mostly put importance on champions and tend to play OP champions such as Yone, Zed, and Akali. However, there are also champions that are forgotten by many users. These lists are based on KR server (Platinum+) champion statistics after the 10.18 patch. These statistics will change over time. As SEOULSPACE covers K-Culture, we have to mention LoL as it is a huge part of Korean culture for gamers in Korea.

Udyr was released on December 2, 2009, Udyr is a jungle champion who is described to be a fighter with the untamed power of four animal spirits, including tiger, turtle, bear, and phoenix. Animal spirits are his abilities, and each spirit contains unique strengths such as flames, stuns, shields, etc. League of Legends claimed that he can “turn back all those who would attempt to harm the natural order.” However, Udyr is known to be one of the weakest champions in LoL.

Udyr’s design is very archaic compared to other champions since it doesn’t have any gap-closing abilities as a jungler for ganks and has no mobility. Users make jokes about how Udyr is the only champion that has summoners (flash or ghost) as his ultimate. They say Udyr’s ultimate has 300 seconds cooldown. Although Udyr’s damages are heavily based on his auto-attacks and very reliance on items, due to his lack of mobility, he lacks the ability to deal a lot of damage during team fights. Currently, Udyr’s pick rate is only 0.69%. For better comparison, the highest pick rate is Lee Sin with 19.63%.

Corki was rebased on September 19, 2009, as a marksman with decent basic statistics and abilities. He is a yordle pilot with a glamorous mustache. His abilities are quite attractive and, in fact, deal quite a lot of damage. In fact, he used to be a decent ADC, and a very strong mid laner after his buffs during the 10.3 and 10.7 patches. However, after Riot nerfed his basic attacks — from 100% attack damage to 20% attack damage, 80% ability power ratio — Corki lost his place as a mid laner and rolled back to ADC. However, other ADC such as Caitlyn, Ashe, Lucian, and Ezreal were preferred more than Corki.

Furthermore, users played Corki because of its lane dominance; however, dragons became more valuable than winning solo lanes. Also, the rise of assassin champions such as Zed or Akali caused Corki to keep his nose under the turret. Many users often comment on how Corki is under-rated, and he could be held as a higher-tier champion if people practiced and played him more. However, Corki is undoubtedly losing his place in the Rift and slowly fading away from users’ preferences. Corki’s pick rate is 0.85% and has been under 1% since last year. Ivern was released on October 5, 2016, which is quite recent compared to the prior champions. He was released as a jungler and he is half man/half tree who is claimed to be the friend of the forest. Why is Ivern a forgotten League of Legends Champion? When Ivern champion description was released, it created quite a debate among users. Ivern is the only champion in League of Legends that is unable to damage jungle monsters.

His mechanism is to create magical groves on jungle camps that will later mature. Once it is fully grown, Ivern can take jungle camps to receive gold and experience and also leaves an extra buff that could be picked up by allies when it consumes red or blue. In fact, Ivern was praised to be a good jungler; however, it is rarely played by most people. Ivern is a champion that’s mostly played by Ivern users.

In Korea, people call these players GoinMul, which by word means standing water. However, the phrase actually means someone who plays a specific game for so long that they mastered the game or someone who only uses and plays well on a specific champion that is not commonly used. The connotation of this phrase is similar to a “one-trick” player or just “pro.” The champion itself lacks mobility, and its inability to attack jungle monsters did not attract a lot of people.

Compared to Udyr and Corki, Ivern is praised and complimented by many users. This is probably because when someone sees Ivern in a game, it is usually played by an exclusive Ivern-only user who knows how to use him well. Regardless, Ivern is very hard to see in-game, especially in lower tiers. Ivern’s pick rate is only 0.86%; however, its win rate is astonishingly 50.7%  due to GoinMul users. Aurelion Sol, released on March 24, 2016, is a huge dragon that drags stars around him. He was released as a mage mid-laner and is claimed to be the biggest champion in the League of Legends world. Many users were interested in Aurelion Sol when it was released because its passive center of the universe is an ongoing star orbit that does damage every time it hits an enemy. Most champions’ passives are given strengths or unique power that works together with champions’ abilities or auto-attacks. However, Aurelion Sol’s passive is an ongoing skill that is controlled by its ability W and is very reliant on users’ controls. Due to this, Aurelion Sol is considered difficult to use because most of his damages are from the orbiting stars.

In order to deal decent damage, users need to control specific distances from enemies and control the champion very well. Although Aurelion Sol requires great control, the champion is often blocked or stuck by minions and fails to land orbs on enemies. It becomes extremely hard for players to control the orbs during team fights. Thus, many users fail to understand and successfully use Aurelion Sol, especially when it comes to lower tiers. Similar to Ivern, Aurelion Sol is exclusively used by GoinMul players with a 51.22% win rate yet remains unseen in games with a 0.86% pick rate.

Yorick, the shepherd of souls Yorick was released on July 22, 2011, and was reworked on August 24, 2016, which turned him into a totally different champion. It is sad to see him as a forgotten League of Legends Champion. Yorick is described as a fighter that controls corpses and spirits, which are called mist walkers. After the rework, Yorick became very useful, especially when a user understands how to use his ghouls. His ultimate that summons the Maiden of Mist, also known as Yorick’s wife by many Korean users, is extremely useful in 1v1 combat or split pushing.

Although Yorick is not considered to be OP, many users have difficulty facing Yorick in lane. This is mostly because of its strong lane push as well as lack of knowledge on how to counter him. Similar to Fiora, Yorick itself is very well suited for split pushing the entire game. In fact, in many Yorick gameplays, Yorick stays in his own lane and continues pushing. This becomes extremely hard to stop once it takes advantage in lane. Just by its look, Yorick seems to be a decent top champion with a 50.88% win rate, yet its pick rate is merely 1.05%. This may be due to changes in Yorick from the rework patch in 2016. After Yorick’s rework, many users commented on how its abilities became less attractive and boring.

On a survey about forgotten or unpopular champions, many people often vote Skarner. It is true that many users haven’t seen Skarner in recent years. When someone plays Skarner, players often make jokes about how Skarner is a newly released champion. However, with Skarner getting buffed on the 10.15 patch, there are more users who started to play Skarner top lane and jungle. Although Skarner’s pick rate is still considered low at 1.66%, it has a surprising high win rate of 51.45%. 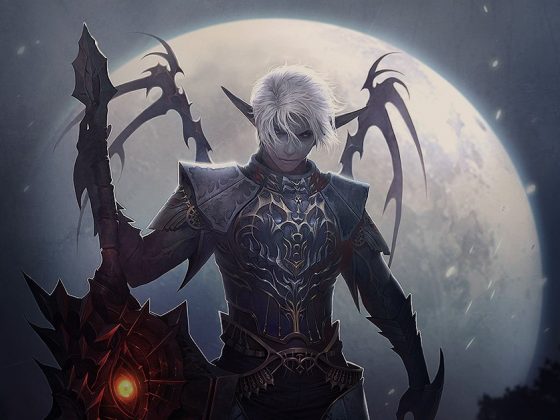 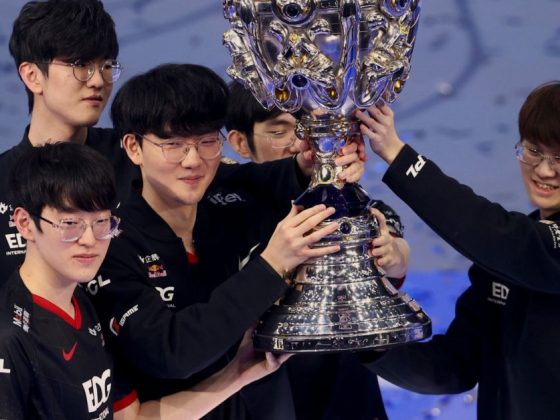