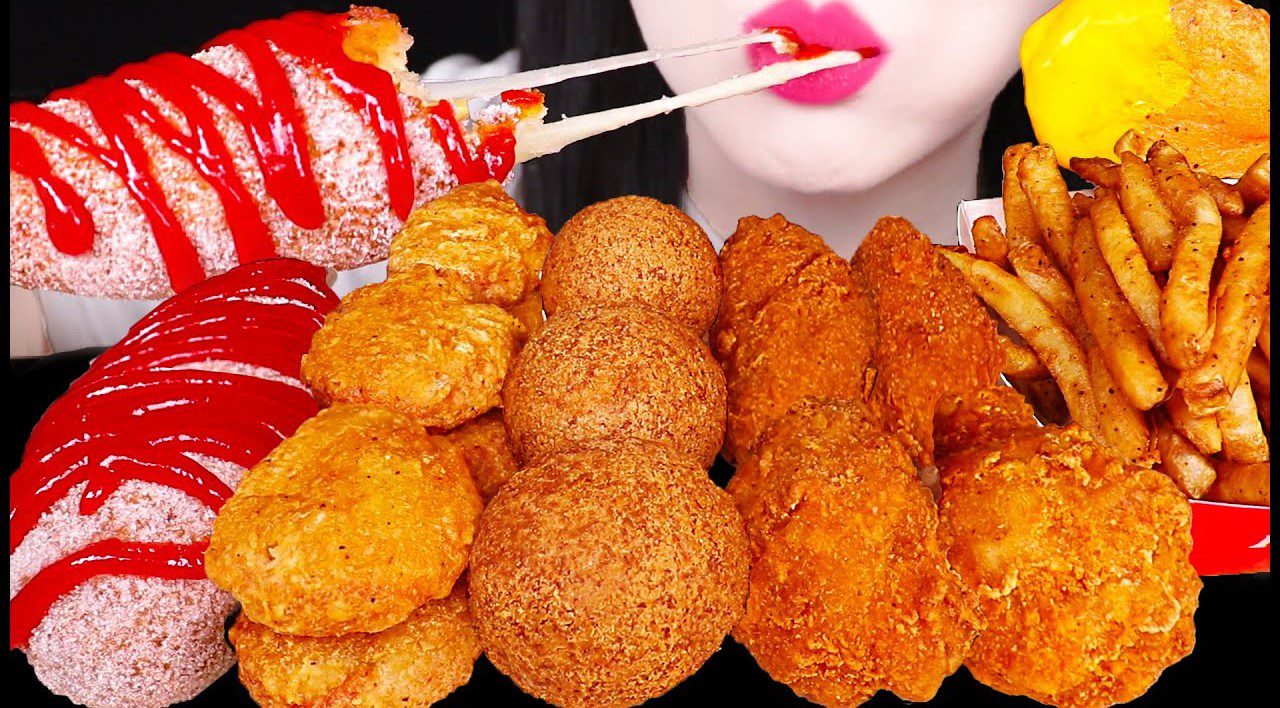 Korean Mukbang Youtubers are making a decent living, consuming thousands of calories per video for their fans. Mukbang is Korean for “Eating Broadcast.” It is a live-streamed eating show where the host binge eats. It became very popular on a Korean platform called AfreecaTV in 2010 and then moved on to YouTube. However, mukbang started to get popular in Korea in late 2014. By 2015, it had become a global phenomenon. The reason why Korean Mukbang Youtubers are so popular is that more and more people around the world are starting to eat by themselves. No one wants to eat alone. Some even say watching Mukbang videos help with appetite suppression and relieves stress. Now people worldwide head to YouTube to find a source of entertainment and comfort during these times of isolation and anxiety caused by COVID-19.

Most Korean Mukbang YouTubers understand the potential ASMR component their content brings. ASMR stands for “autonomous sensory meridian response.” Most ASMR involves pleasant sounds such as whispering or tapping. However, Mukbangs bring a different kind of ASMR experience through slurping, crunching, chomping, chewing, and the other sounds associated with consuming food. Many of the Mukbang YouTubers do a great job of exaggerating the sounds, which can cause tingles throughout your body. For others, it gives them a deeply relaxing feeling and can even help them fall asleep.

Most of the Korean Mukbang YouTubers on this list incorporate ASMR into their videos. Those that are curious should check them out! Those interested in YouTubers in South Korea can also check out that article on SEOULSPACE.

Think of DONA as the Queen of mukbang/ASMR/food challenge for kids! They do various videos from food challenges to mukdang of interesting spicy foods like Cheetos Chicken and spicy mushrooms. Their NIK-L-NIP Wax Bottle Mukbang video has over 245 million views alone! You can count on three things with their videos: funny voices, snacks full of color, and all shapes and sizes. It is no wonder why they can attract so many children! In addition, they are very funny and bring a lot of humor to their videos.

Jane is the top Korean ASMR star on social media. Her ASMR relaxation vlogs have gotten her over 8.4 million subscribers. She started back in 2012, and like Hongyu, she does not speak or show her face. A vast majority of her content revolves around candies and snacks. Her rainbow crepe cake video has over 110 million views to date. These ASMR videos are so popular because a huge subsection of the human population experiences the same kind of highly relaxing brain tingles. Therefore, many use these videos to help them relax or fall asleep.

Zach Choi is a Korean American who has become an ASMR King on Youtube. He does a combination of mukbang and ASMR from Los Angeles. He does not use his voice in his videos. His videos are silent, except for some eating sounds. He brings on other YouTubers, but again he always remains silent. You would have to go back to his older videos to hear him whisper.

ASMR is huge in South Korea. While many have people whispering in a melodic voice and making random hand movement sounds, Hongyu does not say a word. She creates videos of herself eating a wide variety of candies and snacks. Her videos can easily be in the category of a Mukbang, but the sounds she creates through these videos are intense. Her “Rainbow Party” video, combining Jelly Boba and popping candies alone, has over 70 million views. In addition, she also creates many of her candies and does a quick tutorial on how to make them in the video. Her ASMR video sounds great, but the visuals are also amazing. She makes a great effort to put as much color into her videos as possible.

Those that love spicy food and loud AMSR-style eating sounds will love SULGI. She is also very active on TikTok and Instagram, but mainly she is known for her Youtube videos. It is amazing to see her rapid growth, as she only started doing YouTube in 2019. Her video of ASMR for spicy convenience store food now has over 149 million views on YouTube! In addition, her video on eating spicy rice cake (Tteokbokki) has 140 million views!

Hamzy is a huge mukbang YouTuber in South Korea. The amount of food she can eat is pretty unbelievable. In addition, you can also consider her ASMR videos, as she makes great sounds as she eats. Her slurping ability is excellent! She shows you the full cooking process in many of her videos. You can tell she loves Kimchi a lot and her Kimchi with Octopus ramen video has over 21 million views to date! She started in 2012 and has put in a lot of work to get to where she is now. 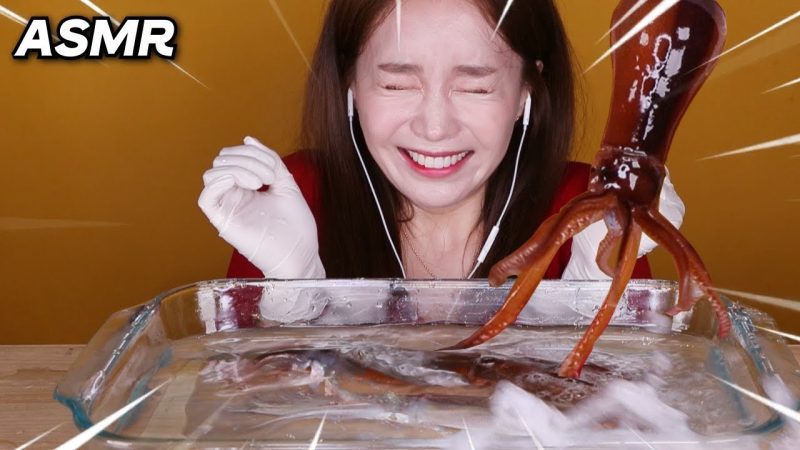 One of the most controversial South Korean mukbang Youtubers has to be Ssoyoung. She not only does mukbang but also ASMR videos. Ssoyoung loves eating seafood; however, that got her into trouble. She ate live seafood on her channel, which also showed her cutting off several squid mantles. However, eating live squid and octopus in South Korea is very common. Many restaurants in Seoul prepare live octopus. Representatives for Ssoyoung said her channel’s purpose is to provide viewers with a new cultural perspective and that she does not condone animal abuse.

SIO ASMR is one of the most active Korean mukbang content creators around. One of his most famous mukbangs featured him eating rice cake made from red hot Cheetos. Because he is so active, he can cash in on the latest trends. He quickly uploaded the Squid Game Honeycomb Candy challenge video when Squid Game became a global phenomenon.

As you might have noticed, Youtubers in South Korea love to make mukbang videos and ASMR videos. Her name is Moon Bokhee, but she goes by Boki and does the best job of combining mukbang with ASMR. She gets a lot of love and support from her fans. She eats all kinds of food, from instant noodles to Korean street food. The sounds she can create are intense and make you super hungry.

Furthermore, she loves spicy food! Therefore you will often see large amounts of spicy rice cake fill up the youtube screen. Her spicy boneless chicken video has over 14 million views to date. Furthermore, some of her videos also come with English subtitles!

Park Jeong Hyeon goes by the name tzuyang and is one of the most famous Korean Mukbang YouTubers; she is only 25 years old. She now has over 5 million subscribers after starting her channel in late November 2018. She does a lot of food challenges and also does travel vlogs around Korea and across Asia.