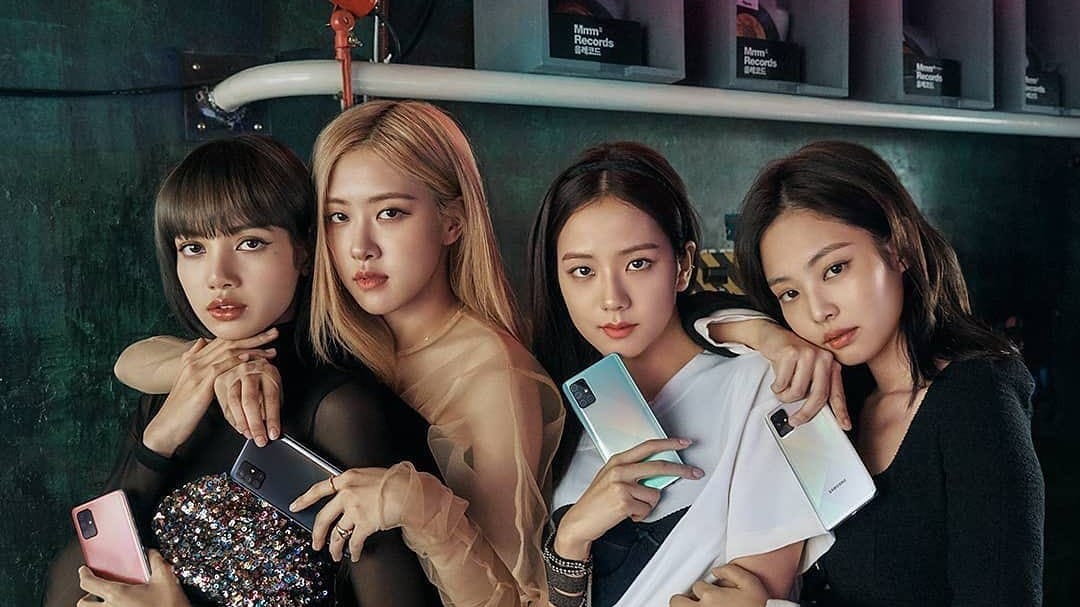 Lisa is the top K-pop star on Instagram and is not even Korean! This shows that non-Koreans can make it in the world of Kpop. Lisa is the “maknae” of BLACKPINK and is known for her incredible dancing skills. She was born in Bangkok, Thailand, to a Korean mother and a half-Thai, half-German father. Lisa began training with YG Entertainment when she was just 14 years old, making her the youngest member of the group.

Her real name is Lalisa Manoban, and Lisa is credited with helping her other Blackpink members with their own Instagram. She has been heavily involved with fashion and beauty, and her Instagram feed is proof of that. Her Instagram shows off her sense of style! Lisa officially passed the 50 million followers mark in April of 2021 and is now going for 80 million. While Lisa is #1 on Instagram, the other members of Blackpink are right behind her. This goes to show just how passionate BLINKs (Blackpink fans) are.

During her second year of high school, she was scouted by YG Entertainment after being recommended by a friend. After going through several auditions, she became a trainee in August 2010. Jennie made her official debut as a member of BLACKPINK in August 2016 with the single album “Square One.”

In November 2018, Jennie made her solo debut with the single “SOLO.” The song debuted at number 1 on the Gaon Digital Chart, making Jennie the first female K-pop solo artist to do so since 2007.

Jennie comes in at #2 on this list. She also has a secondary account called lesyeuxdenini which she uses to showcase her photography account. Her main account does a great job of showing a behind-the-scenes look at her work and life. She always uploads while she is shooting her next video, so it is a must to follow her if you are a fan of Blackpink. Jisoo, like the rest of her Blackpink members, brings a lot of style to their Instagram. You will see Jisoo showcase some of the latest Korean fashion and K-beauty products throughout her feed. She was also on the cover of VOGUE Korea! Her feed also has selfies showing her beauty to the world. She has been active on Instagram since 2021 and uploaded more posts than the other members.

Born on January 3, 1995, Jisoo is the group’s eldest member. She was born in Gunpo, South Korea, and moved to Auckland, New Zealand, when she was ten. She lived there for five years before returning to South Korea to pursue her dream of becoming a singer.

Jisoo made her debut with BLACKPINK in 2016 and has since established herself as one of the group’s most popular members. She is known for her bubbly personality and her stunning visuals. In addition to her work with BLACKPINK, Jisoo has also appeared in several variety shows and dramas. You can see some behind the scene posts on her Instagram! Rose (로즈) is a South Korean singer and rapper under YG Entertainment. She is the main vocalist and lead dancer of the girl group BLACKPINK. Rose was born Park Chae-young on February 11, 1997, in Auckland, New Zealand, to Korean parents. When she was five, her family moved back to South Korea. She has an older sister named Alice.

Rose began her musical training at a young age and was a student at the Kiwi Kids music school in New Zealand. She later attended the Korean Music High School in Seoul. In 2012, she auditioned for YG Entertainment and signed with the company.

She is the best English speaker in the group and usually is the leader when answering interview questions abroad. Her board is filled with travel and showcases some of the best sites worldwide. She is also heavily involved in fashion like the others and has even been on the cover of VOGUE Korea. 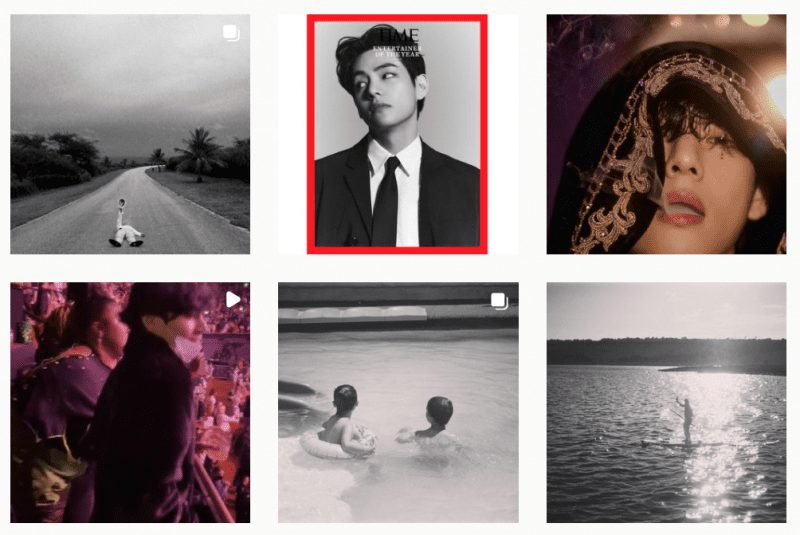 He was born in Daegu, South Korea, on December 30, 1995. V began his musical career as a trainee with Big Hit Entertainment in 2011. He made his official debut with BTS in 2013.

V is known for his unique and powerful vocal style. He has a wide range, which allows him to sing both high and low notes. V also has a great ear for music, which helps him to harmonize well with the other members of BTS. In addition to his vocals, V is also a talented rapper. He often writes rap lyrics, which are often full of emotion and creativity. 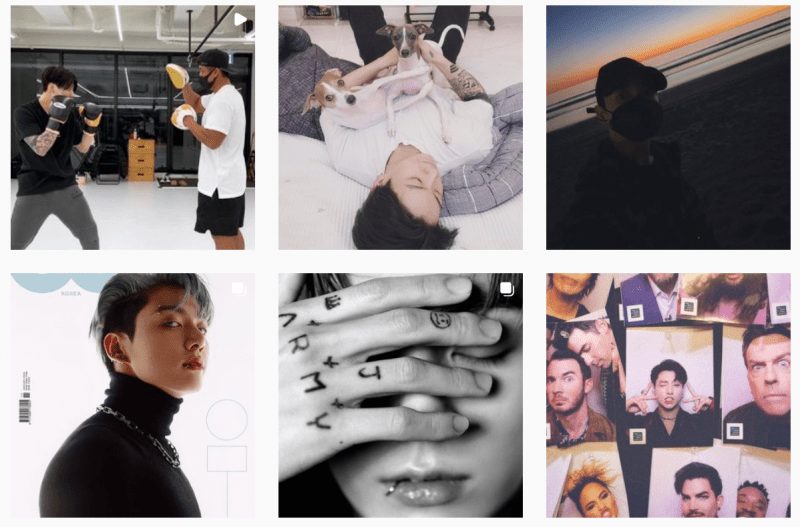 Jungkook comes in 2nd among the BTS members with the most Instagram followers. He so far has shared pictures of his dogs and his life during the pandemic. Jungkook was born on September 1, 1997, in Busan, South Korea. He has an older brother. Jungkook’s father is a CEO, and his mother is a housewife.

Jungkook began learning guitar and drums when he was in elementary school. In middle school, he joined Big Hit Entertainment (now HYBE) as a trainee. 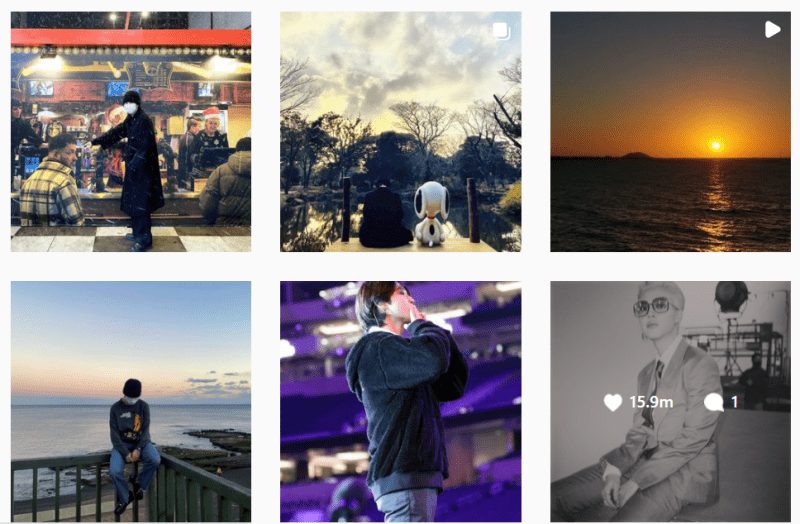 You can tell that Jimin will be a fun member of BTS to follow on Instagram. He does not have a lot of posts, but from what he has posted so far, expect a lot of variety and beauty.

Born on October 13, 1995, in Busan, South Korea, Jimin began his musical career as a street dancer before joining Big Hit Entertainment as one of the label’s first seven trainees in 2010. 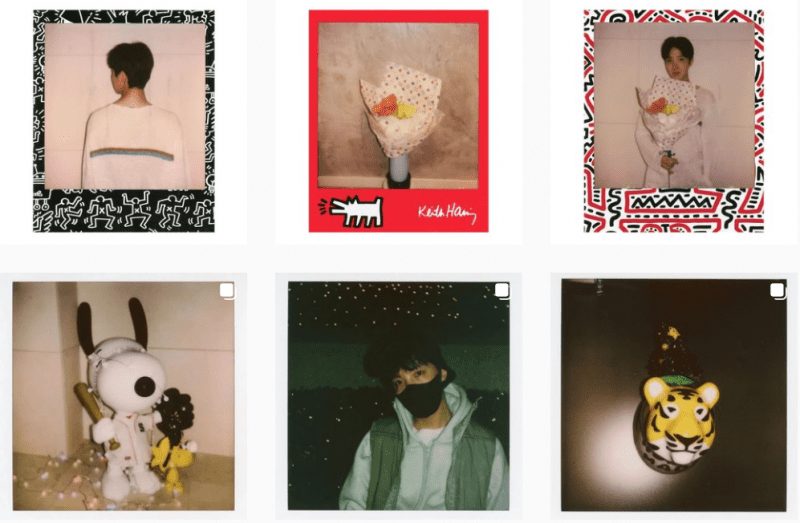 J-Hope was born on February 18, 1994, in Gwangju, South Korea. His birth name is Jung Hoseok. He has an older sister named Jung Da Eun. J-Hope has released one solo mixtape, “Hope World,” which debuted at number 63 on the Billboard 200 chart.

As a member of BTS, J-Hope has won numerous awards, including the MTV Video Music Award for Best K-Pop group in 2018 and the Billboard Music Award for Top Social Artist in 2019.

J-Hope is known for his optimistic personality. He is also known for his strong dancing skills and his ability to write and produce his songs.

J-Hope is one of the most active members on BTS regarding Instagram posts. You can tell by many of his posts that J-Hope has a strong artistic side; hopefully, he will show more of his life through the platform. 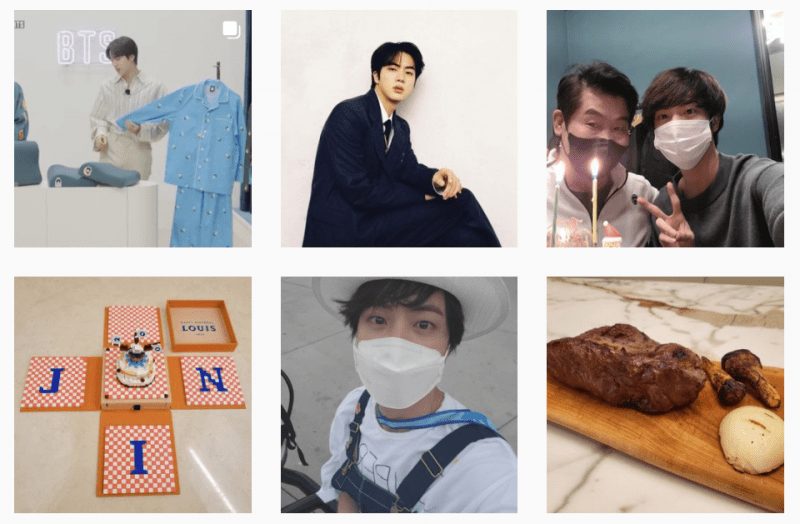 Jin was born on December 4, 1992, in Gwacheon, South Korea. His full name is Kim Seokjin. He has an older brother named Kim Seokjung.

Jin attended Konkuk University, where he studied acting. Some of Jin’s hobbies include playing video games and cooking. He also enjoys reading, and his favorite book is The Catcher in the Rye. His favorite color is pink, and he has said that his ideal type of girl is someone caring and good at cooking.

Jin will have a lot of fun with Instagram as, so far, he has posted delicious meats/dishes and behind-the-scenes photos. You can also tell by some of the posts Jin’s humorous side. 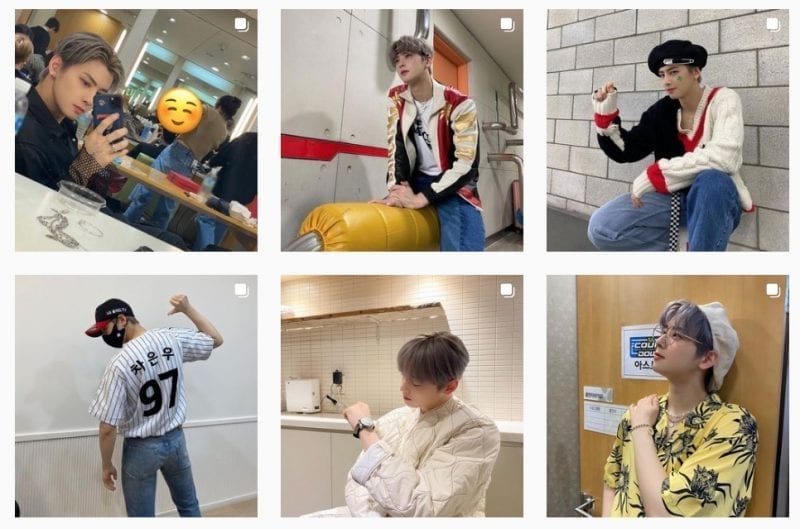 Cha Eunwoo is a South Korean singer and actor. He is best known as a member of the boy group ASTRO. He was born in Seoul, South Korea, on March 30, 1997. Eunwoo attended Hanlim Multi Art School and graduated in February 2016. Eunwoo made his acting debut in the web drama “To Be Continued” in 2015. He has also appeared in other dramas such as “My ID is Gangnam Beauty” (2018) and “Rookie Historian Goo Hae Ryung” (2019). He also made his solo debut with the mini-album “Daydream” in 2019.

Cha Eunwoo opened up his personal Instagram account back in early 2019. He was named the 2019 Hot Instagrammer Male for the K-pop Radar year-End Chart. He has grown a massive following on Instagram thanks to the support of not only ASTRO fans but also fans of his performances in K-dramas like True  Beauty and as a cast member on the hit Korean TV series Masters in the House. Jackson Wang (Chinese: 王嘉尔; born March 28, 1994) is a Hong Kong rapper, singer, and dancer in South Korea. He is a member of the boy group Got7.

Wang was born and raised in Hongkong. His father is an athlete, once ranked 14th in the world for badminton. Jackson was a fencing athlete representing Hong Kong in the Asian Junior Games. He also competed in other competitions, such as the Asian Cadet Fencing Championships and the Hong Kong fencing championships. Jackson’s dream was to become an Olympic champion.

However, Jackson’s father wanted him to pursue a music career instead, which was great advice. He uses Instagram to update fans on his daily life and to promote GOT7 and his solo activities. During his tours, he makes it a point to bring fans in on his travels. You can tell through his feed he has great taste for style. Those that want to follow the latest fashion trends for men should follow Jackson’s Instagram for Men’s fashion tips.

The Kpop group using Instagram to its full potential is the members of BLACKPINK. They realized many Instagram users were music-oriented compared to other social media platforms. It is a great platform to promote their music, document their daily lives, and interact with their fans. This is why all four members of BLACKPINK are on this list of the top 10 Kpop Idols on Instagram. They do a great job of now just teasing their newest songs and posting selfies, but they let their fans into their daily lives and show their personalities. This is where Instagram Stories and Instagram Live have come into play.

Soon every Kpop Idol will end up having their own Instagram account. Kpop Entertainment companies that don’t will miss out on a massive marketing machine. Instagram will be one of the top tools for self-expression and promotion in the Kpop Industry. An argument can be made that at some point, Tik Tok will become the top social media platform for Kpop artists. However, for 2022, Instagram still reigns supreme. Instagram’s discovery and recommendation algorithms will get smarter, and the more familiar Kpop Idols become with managing their Instagram accounts, the better. Look for more and more Kpop Idols on Instagram in 2022.

Kpop Entertainment companies need to allow their Kpop Idols to use Instagram to express themselves and connect with their fans. This will open doors to market new albums, tours, and merchandise. In addition, digital marketers in Korea will start seeing many new job openings for digital marketing positions for managing Kpop Idols on Instagram. Therefore get familiar with many social media platforms because you might one day be planning marketing campaigns for your favorite Kpop star.