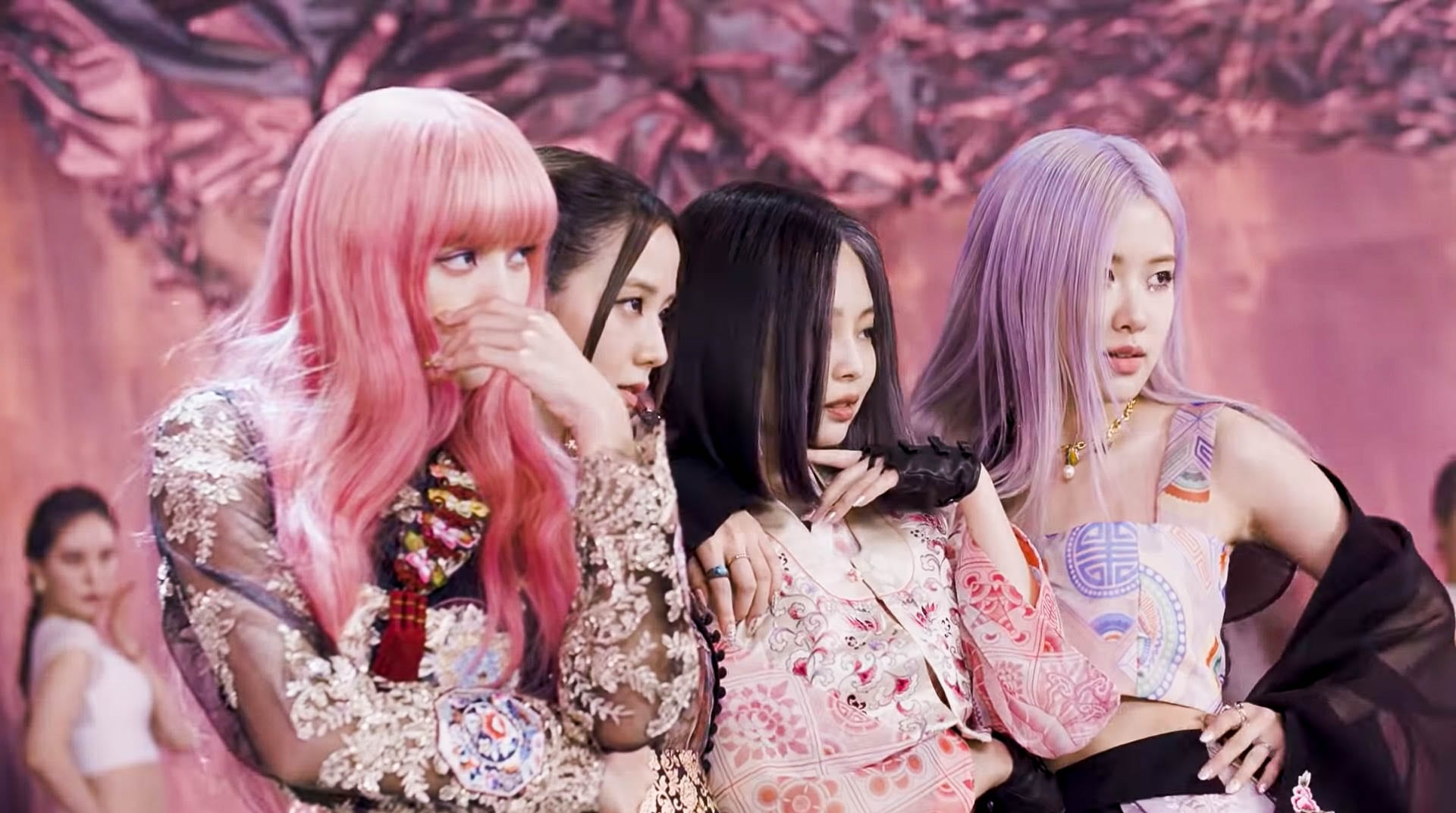 Hanbok plays an integral role in Korean culture. While Korean designer brands are growing worldwide, Korean hanboks are mainly popular only in South Korea. They are meticulously handcrafted and cost millions of won. The Korean hanbok industry is a $100 million industry that remains stable because many Korean traditions require Koreans to wear hanbok.  Since the 1990s, there has been a growing interest in Hanbok amongst the younger generation in Korea, with numerous Korean dramas, K-pop idols, and groups fueling the revival. This has led the way for Korean designers who have innovated the traditional hanbok by mixing it with western influences. These modern hanboks can be worn in a variety of ways.

There has been a rise in global interest in Korean culture. One factor is the increasing popularity of K-pop (BTS, BLACKPINK, TWICE, etc.), which has exploded onto the music scene over the past decade. This highly-produced, youth-oriented genre has found a huge audience worldwide, with fans and performers from diverse backgrounds and cultures. Additionally, Korean cinema has seen a significant improvement in quality over recent years. With stunning visuals and engrossing storylines, films like Parasite and The Handmaiden have captured international audiences with their cinematic intensity.

Furthermore, Korean pop culture has benefited from being at the forefront of new media, such as YouTube and social media platforms like Instagram and TikTok. As these platforms have risen to prominence over recent years, they have given people unprecedented access to news and entertainment content produced in Korea. Korean dramas and K-pop have tried to use their influence to shine a light on the beauty of Korean culture. Korean historical dramas such as Hwarang: The Poet Warrior Youth and Kingdom showed just how beautiful Korean culture could be through traditional clothes worn during that period. Many designers could capitalize on global interest by modernizing the traditional hanbok.

What are Modern Hanboks?

Though traditional hanboks differ in many ways from modern iterations, many of the same principles remain. As a result, modern hanboks are typically made with high-quality fabrics that delight the eye while remaining comfortable and functional for everyday wear. Additionally, many modern hanbok designers draw inspiration from traditional designs in their creations, resulting in rich cultural traditions passed down through multiple generations.

To fully understand modern hanboks, you first have to understand traditional hanboks. Modern hanboks are the latest incarnation of a longstanding and diverse tradition of Korean dress. Hanboks are distinctive garments comprising fitted upper garments and voluminous skirts, often with vibrant colors and intricate patterns representing a unique combination of artistry and style. A traditional hanbok has a front top called Jeogori (Jacket) and a high wasted skirt called Chima. The hanbok is typically in vibrant colors and is not comfortable to wear. In addition, they are costly and difficult to clean.

Modern Hanboks, on the other hand, are much easier to wear. However, it can keep the elegant beauty of traditional hanbok. It is not as colorful, bulky, and expensive. Therefore, modern hanboks can now be worn on a night out to a concert, parties, and even meeting friends.

Promotion of Hanbok by the Korean Government

The Ministry of Culture, Sports, and Tourism not only created Hanbok Day, where Koreans are encouraged to wear hanbok but also helped establish the Hanbok Advancement Center to promote Hanbok and look for ways to promote Hanbok on a global scale. They brought in world-famous designers such as Karl Lagerfeld, Carolina Herrera, Dries Van Noten, and Jean-Paul Gaultier to present their interpretations of hanbok during their visit to South Korea.

The Ministry of Culture, Sports, and Tourism also encourages international tourists to wear and take photos in hanboks at heritage sites across Korea. For example, the entrance fee to the Korean palaces is free of charge as long as you wear a traditional Korean hanbok.

The Korean government even awarded Blizzard, the developer of the popular online game Overwatch the Hanbok Love certificate for the modern Hanbok skin of D.Va (one of their characters). The Ministry of Sports, Culture, and Tourism thanked Blizzard for promoting South Korean culture to the Overwatch community of over 40 million players worldwide.

The first modern hanbok designer was Lee Young-hee, who showed off at Paris Fashion Week in 1993/1994. It showed a modern version of the hanbok but without the Jeogori. Therefore, the models were all exposing their bare shoulders. However, in South Korea, exposing one’s shoulders is too sexual for the older generation. It is still a bit of a cultural taboo in 2022. Therefore, what Lee Young-hee did at Paris Fashion Week back in 1993 was a substantial bold step.

Fashion designer Kim Young-jin created her signature modern hanbok brand Tchai Kim in 2010, which was praised for bringing the traditional hanbok into the 21st century. The key feature was the cheollik one-piece dress. The cheollik was originally a man’s garment, but she could turn it into a one-piece dress. When combined with a wrap skirt, you get that modern hanbok look.

Leesle Hwang is the creator of the modern hanbok brand Leesle. These modern handbooks were easy to wash and affordable at under $200. Her brand exploded when Jimin of BTS wore one of her modern hanbok at the 2018 Melon Music Awards in Seoul.

Leesle is not the only brand to get a boost through the help of K-pop idols. Kim Danha, the creator of the modern hanbok brand Danha Seoul got massive attention thanks to the fact that Jennie from BLACKPINK wore her jacket in one of their music videos. Danha Seoul focuses a lot on sustainability. Recycled polyester or organic cotton makes up .30 to 50% of its fabrics. 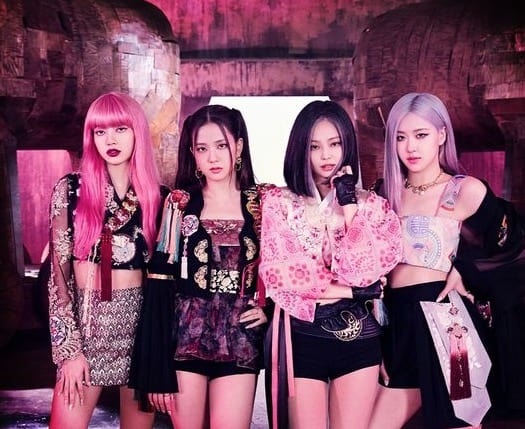 BLACKPINK is by far the most influential Kpop group in the fashion industry. They are ambassadors to some of the top luxury brands in the world. They took modern hanbok to another level when all the members wore one in their hit music video “How You Like That.” It got over 86 million views on Youtube in the first 24 hours of its release.

Jennie got most of the attention. The pink jacket she wore was designed by Kim Danha. After the music video was released on YouTube, the brand’s website got over 4,000 visitors daily. They even wore the same hanbok for their live stage performance on Jimmy Fallon’s The Tonight Show. This introduced even more people to the traditional Korean costume.

Modern Hanboks are here to stay.

These days, modern hanbok styles are in various stores across Korea. This is because more and more collections are now adding them to their fashion line. Therefore the modern hanbok is here to stay and continues to grow thanks to Korean Hallyu and social media. In addition, Korean fashion designers are looking for new ways to modernize Hanbok for everyday use. The fact that the Korean government is encouraging foreigners to wear Hanbok shows that the Hanbok is an outfit for everyone, regardless of nationality. It is only a matter of time before modern Hanoks are an ordinary presence in Korea’s streetwear scene. 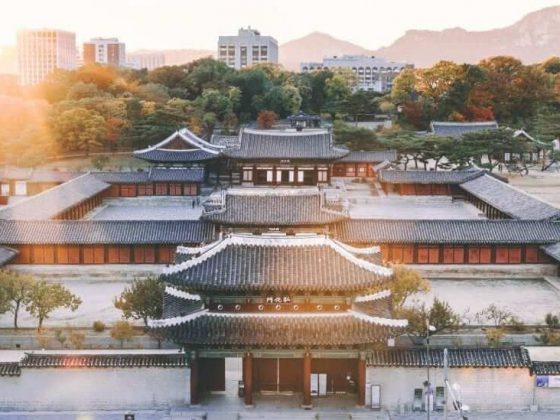 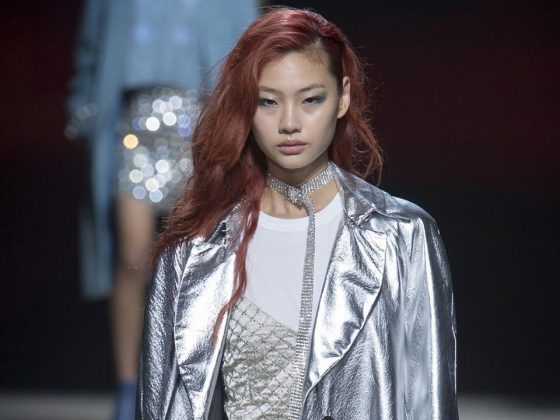