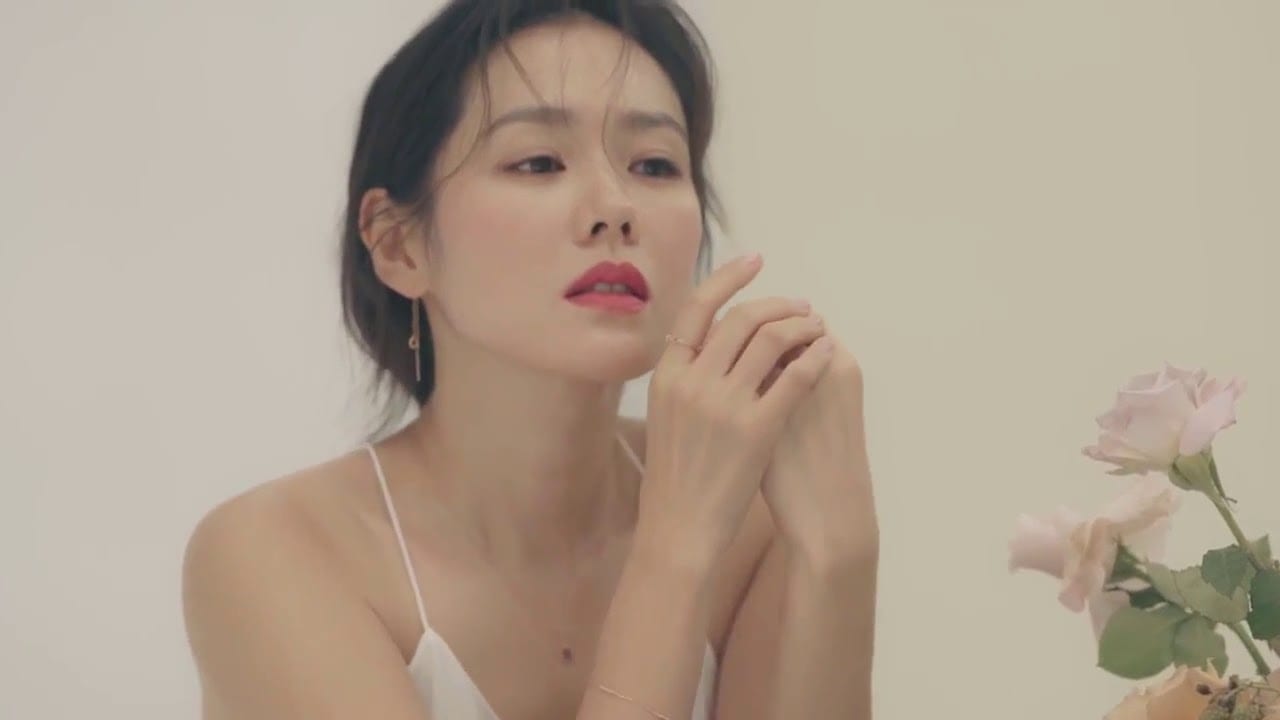 Beauty is in the eye of the beholder. So we had to take into account many factors. Appearance alone will not get you ranked at the top. These actresses need to have charm, style, and sex appeal. Below is our list of the most beautiful Korean actresses working in film today. Most have not been able to branch out into Hollywood, but with the global audience now getting into Korean films due to the success of Parasite, the fan base for these beautiful Korean actresses will only continue to grow. Some might be wondering why Song Hye Kyo is not on the list. She would be; however, she has not done a film in a while. We will try to keep this list up to date with Korean actresses that are somewhat active.

Netflix put Son Ye-Jin at the top again. The character she played showed her charm and excellent sense of humor. She is now dating her co-star from Crash Landing on You Hyun Bin, one of the top Korean drama actors of all time! Wow! What a power couple that is!

Son Ye Jin is often lauded as the most beautiful Korean actress, and it’s not hard to see why. She has perfect features, with a delicate face and striking eyes. Her skin is always flawless, and she always looks polished and put together. Even when she’s not wearing any makeup, she looks like she belongs on the cover of a magazine. In addition to her physical beauty, Son Ye Jin is a very talented actress. She’s able to convey a wide range of emotions on screen, and she’s always completely believable in her roles. She’s also very down-to-earth, and she comes across as genuine and likable in interviews.

She has been a veteran actress for years. When did she look the best? That is easy, April Snow. However, throughout the years, Son Ye-jin has proven time and time again that she is much more than just a beautiful face. Those interested in seeing more of her follow her on Instagram, with over 7 million followers.

Korea fell in love with her and her character in My Sassy Girl. Since then, she has shined in films such as The Thieves and The Berlin File. While she was cute and quirky during her early years, she has blossomed into one of the sexiest actresses working today.

She has the perfect porcelain skin many women crave, and her delicate features are stunning. Her large eyes are one of her most defining features, giving her an almost ethereal quality. She has a natural charisma that shines through on screen, and it’s easy to see why she is so popular with fans worldwide.

She has aged gracefully and is one of the richest actresses as he does it all. However, she continues to get respect for her acting abilities and is considered one of the best actresses working in Korea today. She is married to a banker who was her childhood friend from elementary school.

The global audience might know her from the Korean Netflix movie Call. Call is one of the most underrated Korean horror films of 2020. She is also in #Alive, which was another Netflix hit! This proved her range as an actress. From innocent girls next door to feisty heroines, she always delivers a compelling performance. It’s no wonder that Park is one of the most popular actresses in Korea. With her stunning looks and impressive acting chops, she will continue captivating audiences for many years.

What makes her so beautiful is that she still has that cute girl next door look despite being in her 30s. She is also a fantastic actress and one of the few Korean actresses that don’t rely on her looks. She does a great job of absorbing into her characters. She is now dating a fellow Korean actor named Choi Tae-Joon. Follow her on Instagram, where she is active, with over 1,100 posts and over 13.7 million followers.

One of the sexiest Korean actresses is Park Soo Ae. Maybe it is the characters she plays, but her performance on High Society puts her in the top 5. She’s got the perfect mix of features that manage to be both feminine and strong simultaneously. Her skin is flawless, her hair is perfectly styled, and her Makeup is always on point. But what sets her apart from other beauties is her confidence. She carries herself with an ease that makes her even more beautiful. It’s clear that she knows she’s gorgeous, and she isn’t afraid to show it. That kind of confidence is beautiful.

We can’t wait to see what she has planned for the future as she is one of the few top Korean actresses that can play various roles. There are reports she will be doing more Korean dramas in the future.

One of the most beautiful women in Korean films today. She broke out in her role as the lonely wife in Obsessed. But we also recommend you check out Tazza: One-Eyed Jacks! Her role is very different, and that pink hair…Wow! She has a face with a very rare shape that gives her face an extra level of sexiness. She has naturally full lips and a gorgeous angle to her eyebrows.

Lim Ji-yeon is undeniably beautiful. Even when she is dressed down in jeans and a t-shirt, she radiates elegance and grace. Expect her to continue to rise in popularity. Lim Ji-yeon is currently in a relationship with Lee Wook, the chairman of the social organization W-Foundation.

Many might be surprised she is #6 on this list, but it has been a while since she has done a Korean film. She was great in Pure Love and The Last Princess but that was almost five years ago. For us to appreciate her beauty she needs to be active. She has been doing a lot of dramas, such as “Love Alarm,” which was a huge success. She is also very active on social media and frequently interacts with her fans. She is especially active on Instagram; her activity shows as she has amassed a large following with over 12.3 million followers.

While many might know her from Korean dramas, she has done enough Korean movies to make a list. She is a household name not just in Korea but all across Asia. Many might not realize that she has been in the Korean film industry for over 17 years! She is very skilled and has a unique allure on and off-camera. She carries herself easily and grace that is hard to find in other actresses. Even when she is not wearing any makeup, she looks stunning. Her natural beauty shines through in everything she does.

Han Hyo Joo has a great sense of style. She knows how to dress for her body type and always looks chic and put together. Whether she is on the red carpet or just running errands, she always looks like she belongs in a magazine. She has over 4 million followers on Instagram.

She seems to have transitioned into Korean dramas, but she had some amazing performances in Korean films such as Eungyo (the sexiest Korean film you will ever see) and Tune in for Love. Expect her to get back into the film scene. She is one of the few actresses who can bring innocence and sex appeal into a role. She has that natural Korean face, which, combined with her acting skills, will lead her to become of the top Korean actresses in the coming years.

She has a unique and youthful look that is reminiscent of young Hollywood starlets like Audrey Hepburn. In addition, Kim has a natural charm and charisma that sets her apart from other actresses. Kim is also a fashion icon, and her style is often copied by other women in Korea.

Follow her on Instagram, where she has over 5.5 million followers. Or watch her on the upcoming drama series Yumi’s Cells, adapted from a popular webtoon of the same name.

If you want to see Cho Yeo Jeong in her prime, check out The Concubine. She seems to get more beautiful with age and comes #9 on our list of the most beautiful Korean actresses. Many might know her from her fantastic role in Parasite, but she has been making Korean films for over a decade. You can see more of her as she will be returning to TV by playing a reserved mystery writer in the new Korean series Cheat on Me, If You Can.

She has perfect features and an incredibly slim figure. Her skin is perfect, and her hair is always styled perfectly. She always looks like she’s just stepped out of a salon. Even when she’s not wearing any makeup, she looks gorgeous. She has a great sense of style, and she always looks fabulous on the red carpet.  There’s no doubt that Cho Yeo Jeong is the most beautiful Korean actress for her age.

She does not do a lot of films, her last film was My Little Brother, but Lee Yo Won is one of the most beautiful Korean actresses. She will be taken off the list if she does not do a film soon. But she is one of the most beautiful actresses in Korea. She has perfect skin, enviable hair, and striking features. But her beauty goes beyond her physical appearance. In addition, she has a natural charisma that makes her impossible to resist, and her infectious smile will light up any room.

If you have a recommendation for another Korean actress to be on this list, ask yourself this question. Is she more beautiful than Lee Yo Won? 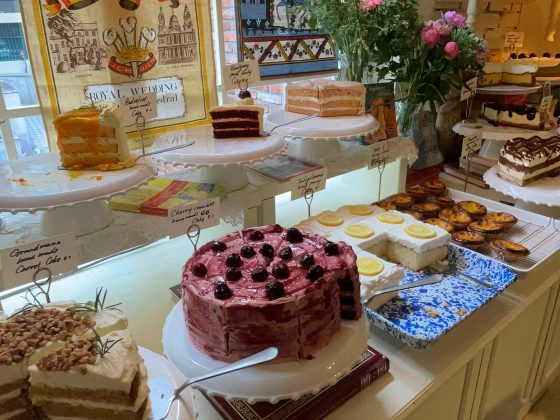