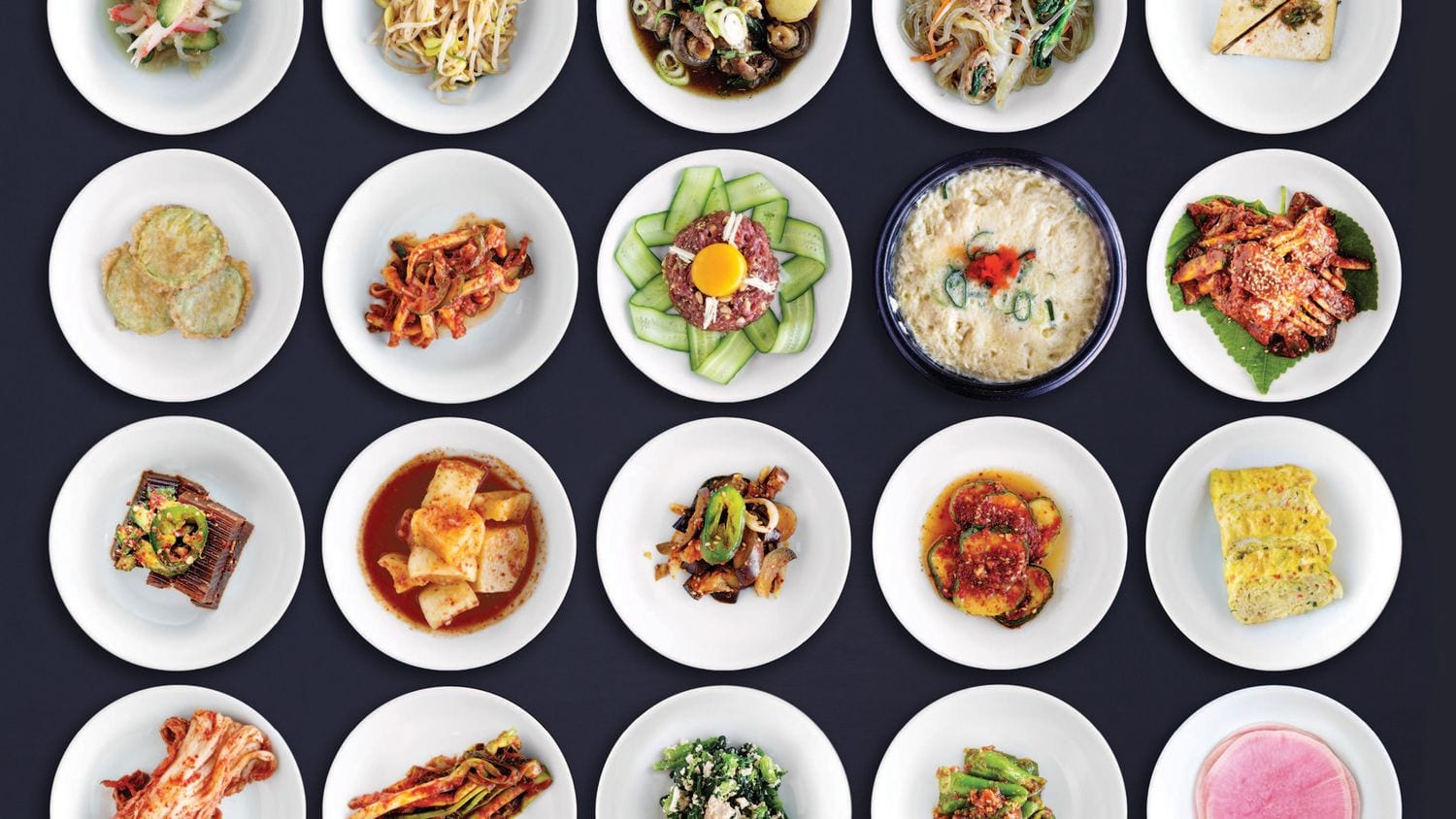 Everyone knows about Korean BBQ and Korean food in general. However, amazing side dishes are what make Korean food extra special. Korean side dishes (Banchan) are essential to any Korean meal. They are not just for decoration or even appetizers. They are eaten with your main course along with rice and soup. We have selected the best Korean side dishes everyone needs to try when visiting Korea. So take a break from Korean fried chicken and beer and try some Korean side. Best of all, these side dishes are vegan and can be enjoyed all year round.

SEOULSPACE has also added easy recipes from YouTubers so you can try these delicious Korean side dishes at home. Many are easy to make as long as you have the ingredients.

The top Korean side dish is Kimchi, and there is no dispute. If you go to any Korean restaurant, you will have kimchi as a side dish. Kimchi is spicy fermented cabbage made of chili powder, garlic, ginger, red pepper, salt, and sugar. There are over 100 different types of kimchi. 1.5 billion tons of Kimchi are consumed in South Korea every year. All bring many health benefits such as weight loss, healthy skin, and improving one’s digestive system. Even going to a Michelin Star restaurant in Seoul, kimchi will be served.  It is considered one of the world’s healthiest foods.

“Jeon” means pancake in Korean. However, Koreans don’t eat jeon for only breakfast, it is eaten at all meals as a side dish. It is made with flour and egg and can include vegetables, meat, for seafood. Some of the top jeons are kimchi jeon, potato jeon, scallion jeon (pajeon), and seafood jeon. It is a complimentary dish when drinking alcohol (makgeolli) in Korea.

While America has french fries, Koreans use potatoes to make Gamja Jorim, a braised potato side dish. It is braised in sweet soy sauce until they are sticky and chewy. Gamja Jorim goes perfectly with steamed white rice. It is easy to make as you only need potatoes, soy sauce, sugar, and garlic.

Most Korean side dishes come with stir-fried fish cake. It is called “Odeng,” and restaurants use them as side dishes because they are very cheap to make and easy to cook. Odeng is typically made in a big batch and can last up to a week in the refrigerator. It can be spicy or non-spicy and goes perfectly with kimchi and rice. 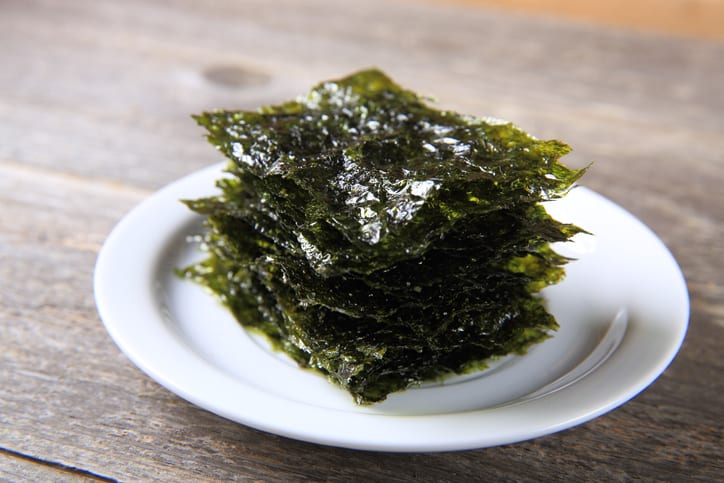 Koreans love dried seaweed which they call “Gim.” It is roasted seaweed that is cut into a rectangle and used as a side dish. You can use it to make your own kimbap! It offers a lot of flavor for such a thin cut of dried seaweed that it is perfect with rice and a dab of soy sauce. It is coated on one side with oil and seasoning salt and roasted on high heat. Furthermore, Gim is a good source of protein, vitamins, minerals, and fiber.

This might be the most controversial Korean side dish on this list. Some love it, and some hate it. Some might not have ever tried a lotus root before. It is called “Yeongeun Jorim” and is not only sweet but crunchy! It is a cross between an undercooked potato and a radish. Therefore, most restaurants in Korea will not serve this as a side dish as it is served on special occasions because it takes a long time to make. This is because the roots have to be soaked in water for some time before braising them.

Korean egg rolls or “Gyeran Mari” is a popular Korean side dish because they are very easy to make. It is one of the most pretty-looking Korean side dishes around. It is both salty and savory and goes perfectly with ketchup. You can add all sorts of ingredients to the egg roll, such as carrots, peppers, onions, and even SPAM!

Koreans love tofu which is why it is understandable that they made a side dish out of it. The spicy fried tofu is great because of the sauce. It is a blend of soy sauce, chili powder, garlic, and sesame oil. You can adjust the spice of the sauce as you feel. Furthermore, it is a great side dish because it tastes better after refrigeration.

Radish Kimchi would be higher on the list, but it is difficult to find it with the right amount of fermentation. There is nothing worse than eating under fermented Kkakdugi. Therefore, if you want to eat perfectly made radish kimchi, you must go to an Ox-Bone Soup restaurant in Korea. Korean regional cuisines offer their own version of Korean radish, so find out which one you like the best.

Some do not like cucumbers. But for those who love them, you must try the spicy cucumber salad. Again the sauce is what makes this side dish so delicious. The cucumber does not have many flavors; however, the sauce is very similar to the sauce used for the Fried Tofu side dish. Therefore, makes sure to add salt for taste. It is one of the easiest Korean side dishes to make. All you need is some salt, garlic, vinegar, sugar, chili oil, sesame oil, and Korean chili powder. 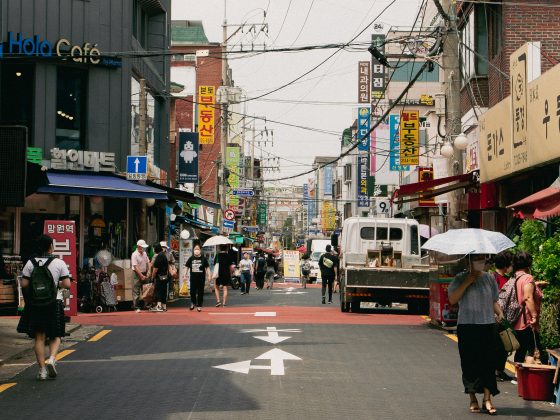 The Best Places to Eat Korean Street Food in Seoul 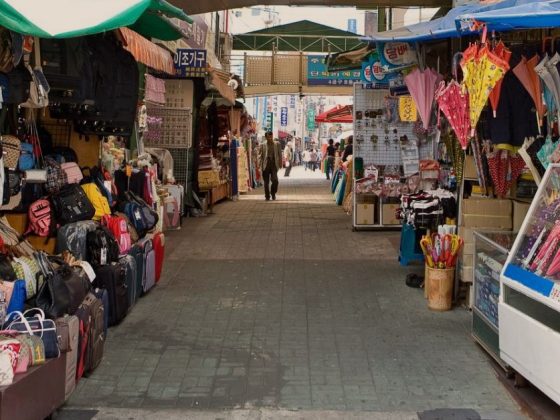 10 Best Open Street Markets in South Korea to Check Out