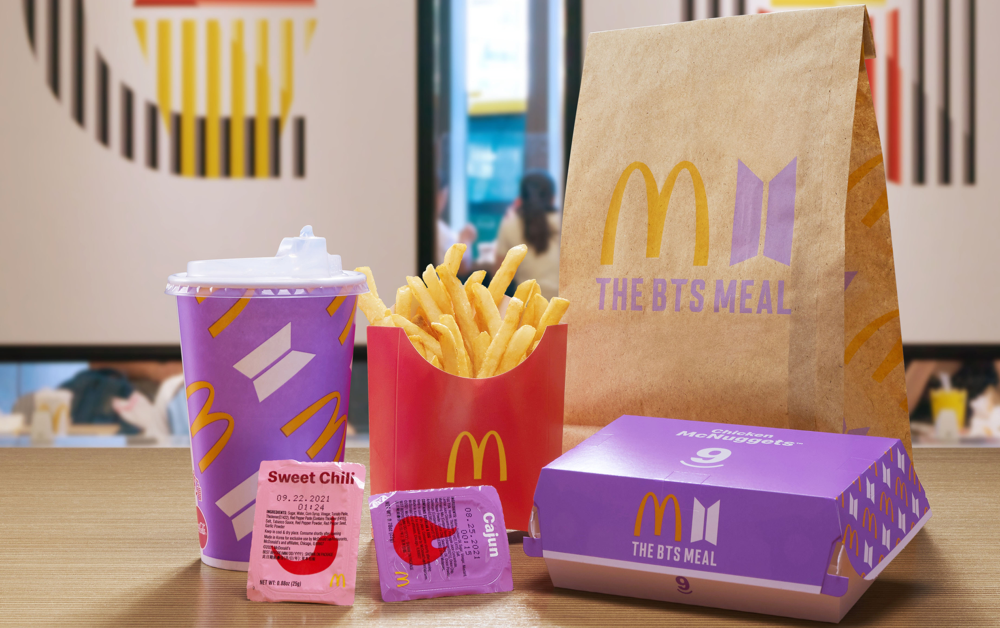 Mcdonald’s first opened in South Korea in 1988 when the Seoul Olympics was held. Since then, Mcdonald’s has been Korea’s most visited fast food restaurant thanks to their famous items such as the Big Mac, french fries, and of course, the Happy Meal. The first McDonald’s in Korea was opened in Apgujeong and now in 2022, there are over 400 stores. While McDonald’s in Korea still has many American favorites on the menu, regional options are available to cater to local Korean culture. Here is a list of some awesome McDonald’s items in Korea you should try on your next visit. The Bulgogi Burger is the most popular Korean McDonald’s item and many customers choose this burger as their favorite. The original hamburger did not originate in South Korea, making the bulgogi burger the country’s burger. A bulgogi-flavored beef patty with vegetables sandwiched between two buns makes the burger, and it’s a must-try. If you want more protein, you can also get the egg bulgogi burger. Korean love fried chicken. This is by far the best chicken burger you can get at McDonald’s and most fast-food restaurants in South Korea. Think of this as an upgrade to the regular McDonald’s chicken sandwich in the states. It has a bigger spicy kick to it which makes it that much better. The big question is whether this burger is available in Shanghai or do you have to travel to Korea to eat it? The Spicy “Mac and Cheese” burger is a must-try when visiting Korea. It is centered around the popular US dish. The Mac and Cheese are placed on top of a chicken breast patty and topped with spicy cayenne pepper. The burger also has bacon, lettuce, and mayonnaise all served on a sesame seed bun. It could get a bit messy eating it but it is delicious. The 1955 Burger is a one-time-only burger made with a beef patty, the company’s original sauce, and grilled onions. This burger was apparently a real type of food that McDonald’s sold in 1955. It is loaded with grilled onions and has a special sauce to go along with bacon lettuce and tomatoes. The Prosperity Burger Gold is a juicy beef patty with garlic sauce. It looks very similar to the McRib but of course, does not taste as good. It has onions and lettuce and mayonnaise. However, the best part of the Prosperity Burger is not the burger itself. It is the curly fries that come along with it when it is on the menu. Those that are vegans or not fans of chicken nuggets can get these Mozzarella cheese sticks. We have not seen this item in the United States which is surprising as it could be popular there. Is this burger made of real Shrimp or artificial shrimp? That is the question. It is a great option for those that do not want to eat beef or chicken. This and the filet-o-fish are really the only options in Korea. It has a shrimp patty inside with lettuce and their special shrimp sauce.

Top 10 Korean Mukbang Youtubers Based on the Number of Subscribers

Best Korean Subscription Boxes for 2022 – Bring Korea to You