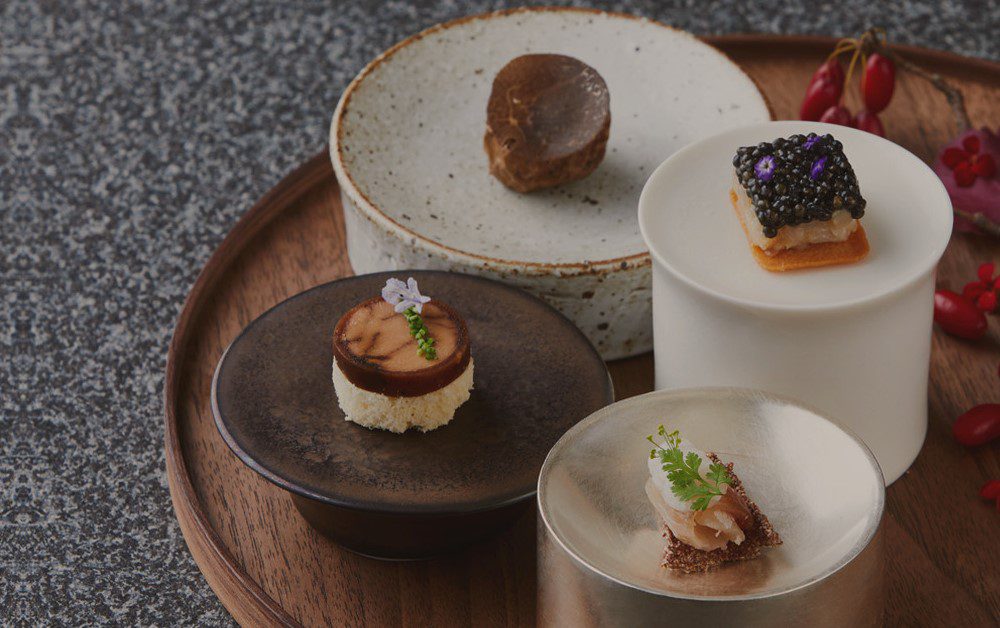 Seoul is home to several Michelin-starred eateries, each offering its own unique take on Korean cuisine. From traditional fares like kimchi and bibimbap to modern fusion dishes, there’s something for everyone at a Michelin-starred restaurant in Seoul. And with so many options to choose from, you’re sure to find the perfect spot for a special occasion or a night out on the town. So whether you’re looking for an intimate dining experience or a lavish meal, be sure to check out one of Seoul’s Michelin-star restaurants below. Those interested in trying traditional Korean food in a modern way, make sure to check out Jung Sik. The restaurant was opened in 2009 by Chef Jung Suk Yim. The restaurant is located in Gangnam and has three floors. The bottom floor is the bar, and the next two floors are used for dining. You might need to book a reservation up to a month in advance. The restaurant offers incredible food, excellent service, and great wine matching. The most popular course is their 5-course meal.

La Yeon has gotten 3 Michelin Stars for five consecutive years. The restaurant has very mixed reviews online for those that love it and for those that don’t consider it a 3 Michelin Star level restaurant. The restaurant has been open since 2013, and it is located inside Shilla Hotel (23rd floor). The views from here are amazing. Not only can you see downtown Seoul but also have a great view of Namsam Tower and Lotte World Tower. The chef is Sung Il Kim, who has been there since their grand opening. La Yeon serves Hansik cuisine, which is traditional Korean royalty food. Therefore, those interested in trying elegant Korean food made for Korean royalty should try La Yeon.

They have four tasting menus: 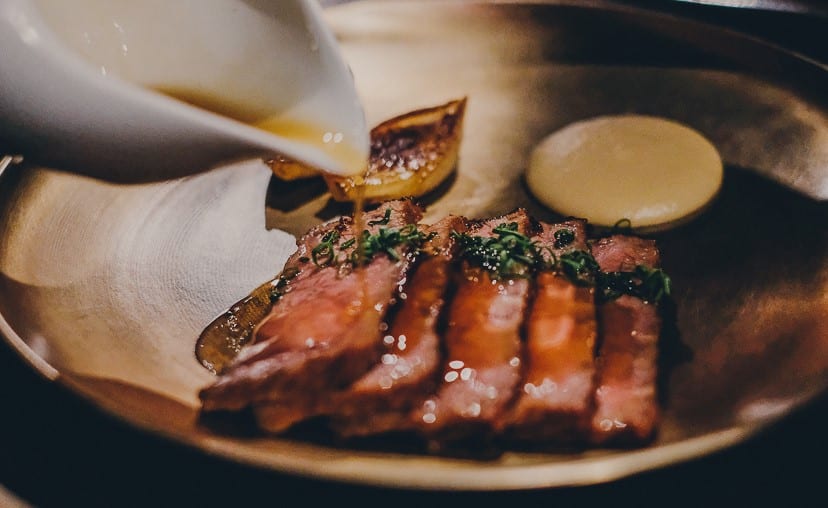 If you are ever in Gangnam’s Cheongdam district, you will find one of the best modern Korean cuisine restaurants in Korea. Their chef, Mingoo Kang, blends European and Japanese styles into its Korean cuisine. The restaurant’s menu is constantly changing due to its seasonal products. However, the course menu typically involves reinterpreted classic Korean dishes using homemade Korean fermented sauces. Moreover, the dishes are all served in beautiful Korean ceramic and brass bowls. Make sure you make a reservation which can be done online. 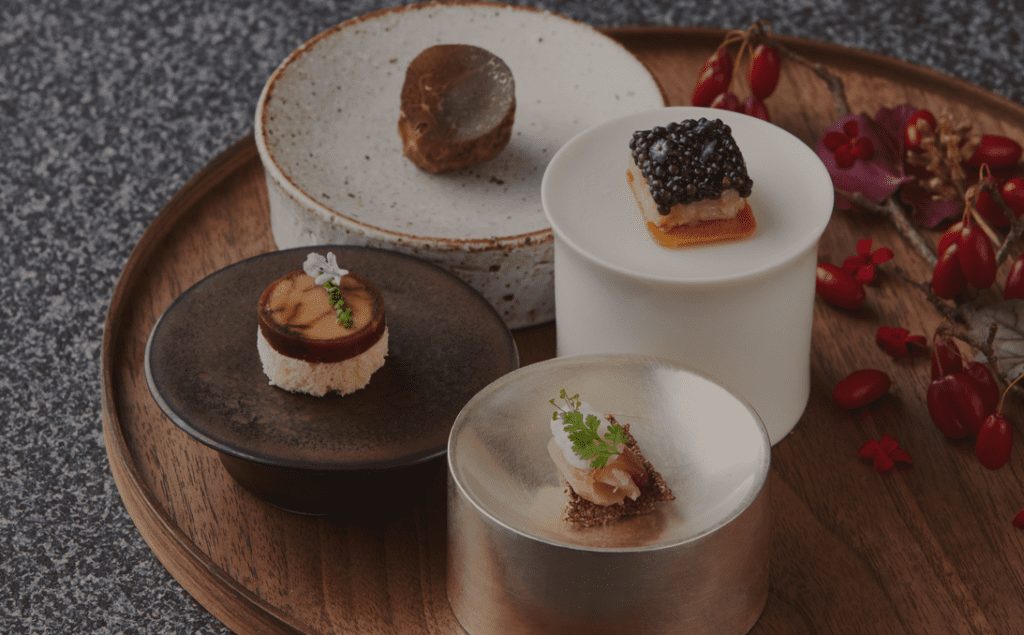 L-Impression opened in 2018 and offers trendy modern Korean cuisine. The restaurant focuses on using local ingredients with different cooking techniques. It combines the best of French and Korean cuisine. In addition, the restaurant offers an interesting wine pairing as the sommelier mixes up traditional Korean liquor with French wine flawlessly. Their chef, Allen Suh, spent 17 years working in Michelin-starred restaurants in the United States before opening the Korean tasting menu in Seoul. Furthermore, the restaurant offers a beautiful view overlooking an urban park. Chef Kim Jin-hyuk creates the dishes at Alla Prima. He uses local and seasonal ingredients, attention to balance, and delicate sauces. Moreover, the dishes are a new-style Italian fusion cuisine made in an open kitchen. The restaurant is located in a remote allay in the central part of Seoul. 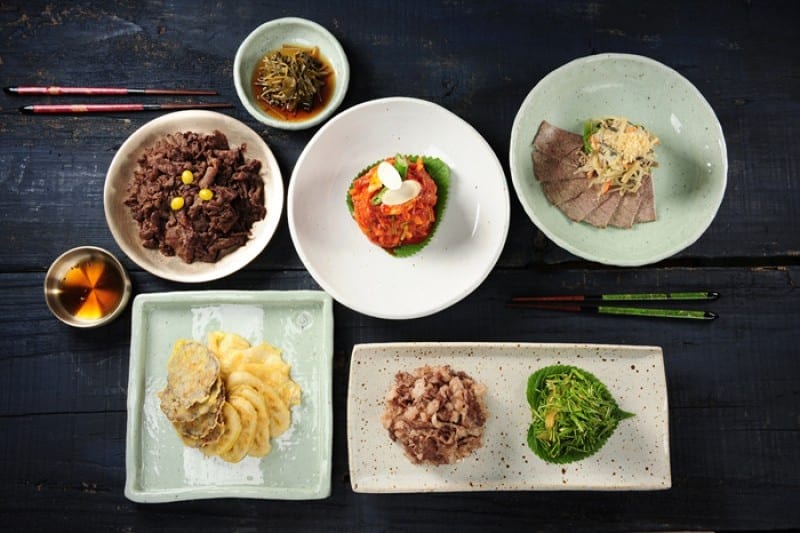 Similar to La Yeon, Gaon has had 3 Michelin Stars for five years in a row. When it comes down to the best Michelin star restaurants in Seoul, the argument usually comes down to Gaon vs. La Yeon. Similar to La Yeon, Gaon serves royal Hansik cuisine. Furthermore, the chef at Gaon changes his menus every season with the best seasonal ingredients. The staff well explains the dishes. However, the restaurant has no dining room. Therefore you must reserve one of their five private rooms. In addition, the chef is Kim Byung Gin, who has worked at the restaurant for over 18 years. Those looking for modern Korean cuisine in a western style look no further than Kwon Sook Soo. Their chef Kwon Woo-joong comes from a family of talented chefs. It offers Korean royalty food that is not too spicy, salty, sweet, sour, or bitter. The chef gets his ingredients from select producers with whom he has personally developed a close relationship in the past eight years. Moreover, you can get a seat at the bar to see the chef at work. The environment is primarily casual and relaxed. Inside Lotte Tower is the Signiel Seoul which is Korea’s tallest hotel. BICENA is an haute cuisine restaurant that specializes in contemporary Korean cuisine. It is located on the 81st floor. Therefore, it offers some of the best views of Seoul around. Their signature dish is their steak which is served with kimchi. 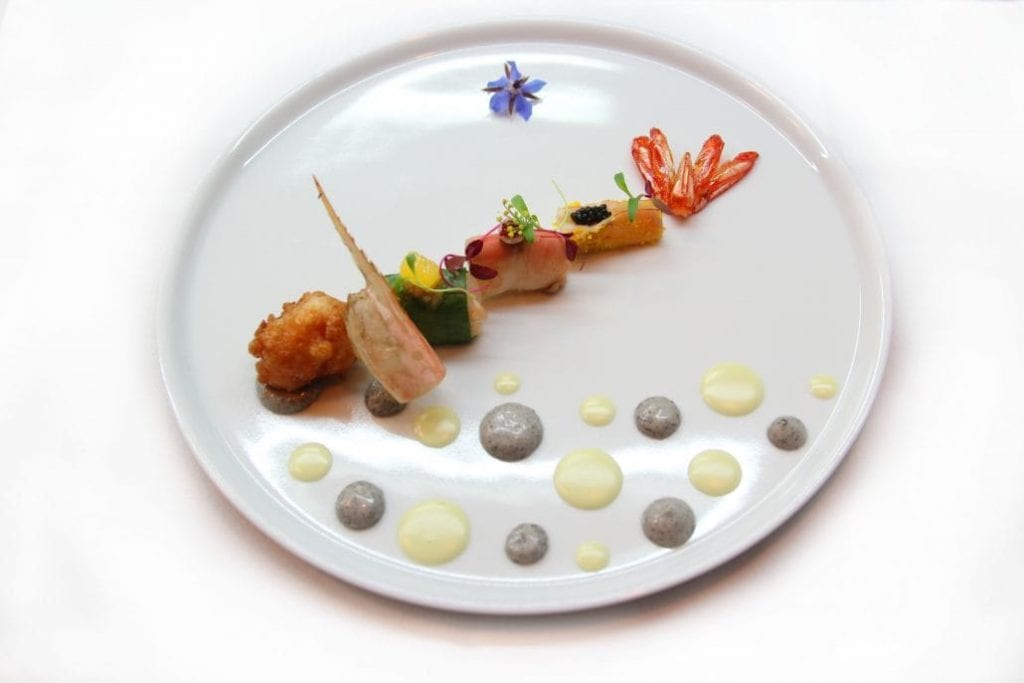 Joo Ok is a modern Korean restaurant that differentiates itself from others by serving small bites with enhanced acidity or small glasses of different kinds of vinegar. Chef Shin Chang-ho created the concept. There are 30 types in stock, which is excellent for increasing a person’s appetite. Most of their ingredients are from Jeju Island. However, their signature dish is their duck, topped with shaved truffle. 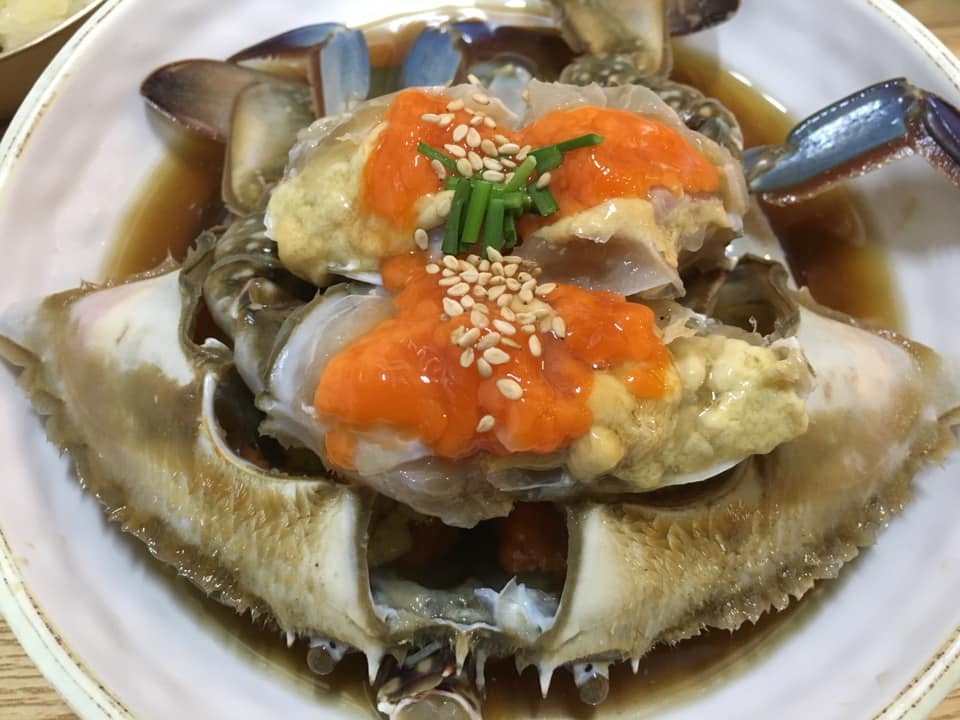 Those that love Korean soy sauce marinated raw crab will love Keunkiwajip. The soy sauce is made from a 100-year-old family supply. Their famous soy crab dish is made fresh every day. Therefore, there is no fishy smell to the crab. In addition, they have a delicious set of small Korean side dishes. The restaurant is located near Gyeongbokgung Palace in Seoul.

Restaurants in Seoul before 2016 could not get a Michelin star simply because it was not an area that Michelin covered. It has been over 5 years since Michelin has covered Seoul, and some of the top restaurants in Seoul have a Michelin star. The gourmet Michelin Guide publishes a Seoul edition called “Stars for Seoul” every year. In addition, there is even a Michelin Korea where food critics visit Seoul to evaluate the restaurants featured in the guide for the following year. Michelin critics visit the restaurants anonymously. They evaluate the service, food, as well as ambiance. Seoul has many great restaurants that have a shot at getting that call from Le Guide Michelin, informing them they will be included in the next Michelin Guide for Seoul.

Whichever restaurant gets a star will need to quickly upgrade their restaurant to accommodate the rush of diners they will get flooded with. Moreover, these stars will be the first-ever for Seoul restaurants, a massive deal in the restaurant/fine dining community. Michelin Guide ranks restaurants with 1 to 3 stars.

Getting a Michelin star is a great way for restaurants in Korea to raise investments from Korean investors. Therefore, thanks to Michelin coming to Korea, the Korean culinary scene is now on the map and continues to grow the global interest in Korean food. In addition, fine dining standards have also increased in Seoul and have allowed chefs in Korea to be more innovative and creative moving forward in hopes of getting that Michelin Star.