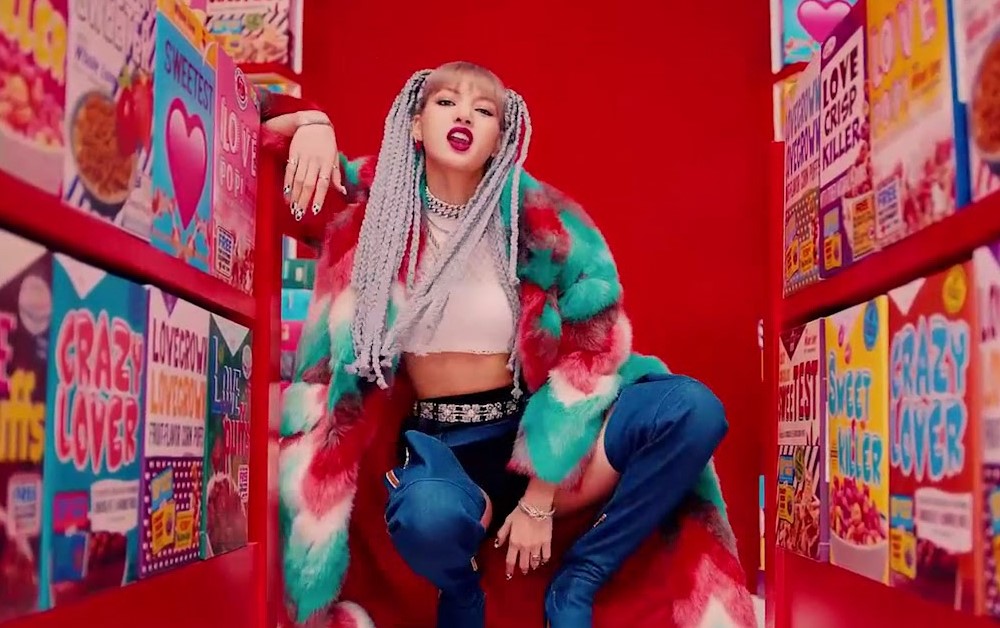 After our successful best Male Kpop rappers list, we decided to do another on the best female Kpop Rappers list. It is very hard to find a Kpop group these days that do not have at least one rapper. While there are fewer female Kpop rappers compared to male Kpop rappers, this doesn’t mean the talent pool is weaker. Underground rappers in Korea are dominated by men, however, the female underground rap scene has been growing over the last few years. A lot of this is attributed to great Kpop Idol rappers paving the way for the next generation.

This list is comprised of female Kpop idol rappers and not female K-rappers in general which is why you will not see Yoonmirae or Jessi on this list. Maybe one day we will do a separate article on Non-Kpop female rappers. For now, here are the best female Korean rappers in Kpop. Enjoy!

Who is the best female rapper in Kpop? Tough question but if we had to choose just one, it would have to be SoYeon from (G) IDLE. She made her debut in 2018 with the group’s first single, “Latata.” Since then, she has released several more singles and albums with the group, including their most recent album, I Am.

SoYeon’s rapping style is unique and powerful, and her speed is unmatched. She has a great flow and delivery, and her lyrics are often empowering and positive. She participated in Produce 101 and Unpretty Rapstar. There she was able to showcase her freestyle which many Kpop idols do not have the ability to do.

In addition to her work with (G) IDLE, SoYeon has also collaborated with other artists, including BTS’s RM and Suga. She has also appeared on several TV shows and movies, such as Unnie’s Slam Dunk and School 2017.

There is no doubt that CL is the best female Kpop rapper. She has been in the industry for many years and has proven time and time again that she is a force to be reckoned with. CL has an incredible flow and delivery, and her lyrics are always on point. She is also a very talented singer, which makes her an all-around great entertainer.

Other female Kpop rappers may come and go, but CL is here to stay. She is a true pioneer in the industry, and she is paving the way for other female rappers to succeed. If you’re a fan of rap music, then you need to check out CL’s music.

When it comes to female Kpop rappers, there is no one more famous than Lisa from BLACKPINK. She has been wowing audiences with her amazing rapping skills since she debuted with the group in 2016, and has continued to impress fans with her impressive flow and delivery.

Lisa’s rapping career began when she was just a trainee at YG Entertainment. She was featured on a track called “My First Love” by fellow trainee Teddy, and immediately caught the attention of fans with her smooth delivery and unique flow. Her solo debut showcased her full ability with hits “Money” and “LALISA”.

There is no doubt that Lisa is an incredibly talented rapper, and she has proven time and time again that she is one of the best female Kpop rappers around. If you’re looking for someone to get your rap fix, be sure to check out Lisa from BLACKPINK!

LE from EXID is a great Kpop rapper! She has an incredible flow and delivery, and her rap style is unique and fresh. She always brings something new to the table, and her raps are always super catchy. She’s also a great performer and always puts on an amazing show.

LE from EXID debuted in 2012 with the group’s first single, “Who’s That Girl?”. She quickly became the group’s lead rapper and has since appeared on all of their releases. She’s also released several solo singles and has collaborated with other artists. Back in 2013, LE collaborated with B2STs Junhyung and Big Star’s Feeldog. In addition, back in 2015, she released her debut solo album, “L.I.E.”, which was a huge success.

Moonbyul made her debut with Mamamoo in 2014, and she has been wowing fans with her incredible rapping skills ever since. Her rapping is characterized by her unique deep voice. She has a very distinct rap style that sets her apart from other Kpop rappers. Moonbyul’s raps are always energetic and full of attitude. She has a great sense of rhythm and always hits her cues perfectly.

In addition to her great rapping skills, Moonbyul is also an excellent singer. She often takes on the lead vocalist role in Mamamoo’s songs, and she always delivers powerful and emotion-filled performances. Therefore, Moonbyul is a true triple threat – she can sing, dance, and rap with the best of them. There is no doubt that she is one of the most talented and versatile idols in Kpop today.

Jennie made her debut with BLACKPINK in 2016, and she has been impressing fans with her rapping skills ever since. She has a unique flow and delivery that sets her apart from other female rappers in the Kpop world.

Jennie has proved time and time again that she can hold her own with some of the best female Kpop rappers, with her amazing performances on stage and in music videos. She is always able to hold her own against her male counterparts, and she always brings her A-game when it comes to rapping.

Jennie is not only a talented rapper, but she is also a great singer and dancer. She is a well-rounded performer, and she always puts on a great show for her fans. She was able to prove she can hold her own with her solo debut a few years back.

Dami made her debut with Dreamcatcher in 2017, and she has been impressing fans with her rapping skills ever since. She has every good voice that is surprisingly deep. Dami is known for suing her entire energy when rapping. Her delivery sets her apart from other Kpop rappers, and she always manages to bring something new to each performance. Many saw her potential from YG’s program called MIXNINE which showcased her rapping ability.

It is hard to get respect as a rapper under SM Entertainment which focuses mainly on vocalists. She made her debut as a member of AESPA in 2020. While Giselle does have a great voice and can sing, her true skill is in rapping. She is able to rap in English, Korean, and Japanese. Her mother is Korean and her father is Japanese and became the second Japanese female idol to debut under SM Entertainment.

Her flow and diction are great, but what separates her from most female Kpop rappers is her tone. Best of all she writes her own raps which is impressive since many female Kpop idols don’t.

As one of the three main rappers of Twice, Chaeyoung has showcased her amazing rapping skills time and time again. She made her official debut as a rapper with the group’s debut single “Like Ooh-Ahh,” and has since then gone on to write and rap in many of the group’s songs, such as “Cheer Up,” “TT,” and “Likey.”

Chaeyoung’s rapping style is unique in that it is both cute and fierce at the same time. She is able to switch between the two effortlessly, and her delivery is always on point. She has also proved to be a talented songwriter, having written the rap parts for many of Twice’s hit songs.

Ryujin made her debut with ITZY in 2019, and she has been impressing fans with her rapping skills ever since. She has a unique flow and delivery that sets her apart from other Kpop rappers. Ryujin is one of the most underrated female Kpop rappers out there with many fans split on her abilities.

She has the skills, the flow, and the awards to back it up. Moreover, on the survival show called “MIX MINE”, she was able to make the finale and was ranked 1st but ultimately got eliminated by the boy’s team.