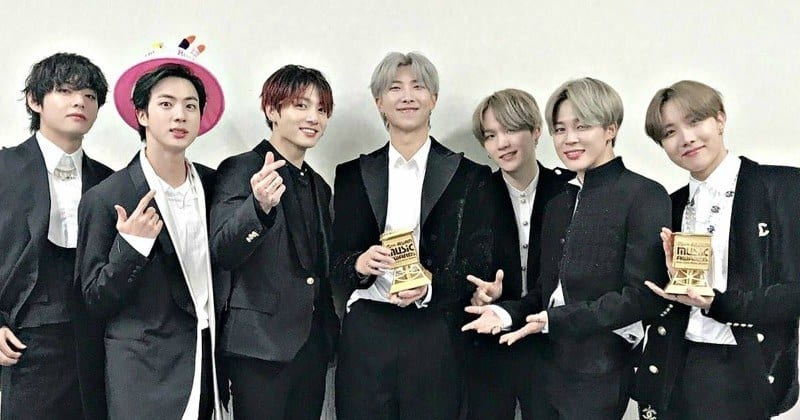 The first Kpop Boy Group was Seo Taiji and Boys back in 1992. They brought a different style to Korean music by incorporating foreign musical elements such as rap and hip-hop and really modernized South Korea’s contemporary music scene. Now there are over 100 Kpop boy groups that are looking to become the next big breakout Kpop group. The talk around ranking the best Kpop boy groups of all time is of course opinion-based. However, SEOULSPACE took into account, sales, tours, ability, awards won, longevity, and most of all talent. These Kpop Boy Groups are the best of the best. They are already cemented as Kpop legends have already amassed millions of fans around the world.

We realize that any all-time list is open for debate. However, we feel this is the most comprehensive ranking online. We have been covering the Kpop Industry for many years so please don’t share this on social media and bring our servers down. In the end, our rankings mean nothing as long as the music these talented Kpop groups create connects with you in some way. We have also done an article on the Best Kpop Girl Groups of all time.

BTS is the greatest underdog story in the Kpop industry. They did not come from the big 3 Kpop entertainment companies but rather a relatively unknown Kpop entertainment company at the time Big Hit Entertainment. Many don’t realize that BTS debuted in 2013 and worked very hard for many years to get to where they are now. They became the first Kpop group to present an award at the Grammy’s, perform live on Saturday Night Live, and perform at the Billboard Music Awards. Many of their Kpop music videos are some of the top viewed videos on YouTube.

BTS write some of their own Music

Since BTS did not come on the scene via the Big 3 Entertainment companies, they were allowed a lot of creative freedom. Big Hit Entertainment now known as HYBE wanted BTS to be involved in not only creating the music but also using social media to connect with their fan base. BTS members such as Suga, RM, and J-Hope have written and produced many of the songs released by the group.

They are now clearly the biggest Kpop boy group in the world. They already sold out stadiums around the world including Wembley Stadium in London. As well as collaborated with some of the biggest stars in music such as Halsey, Charli XCX, and Steve Aoki. Many of their videos are very well produced and are among some of the best Kpop Videos of all time.

They are considered the original kings of Kpop boy groups. Big Bang started back in 2006 under YG Entertainment. They have won many awards and have helped put Kpop on the global map. They have sold over 150 million records and are the best-selling group of all time in Asia. However, what makes them really special is that some of the members went on to have successful solo careers. The biggest Big Bang member has to be G-Dragon who has now become a style/fashion icon and has released many solo albums such as Heartbreaker. Not all the members have gone on to success as one of the members Seungri was involved in a scandal during the Burning Sun Incident. Therefore many Big Bang fans feel that a full 5 member reunion will not be happening anytime soon.

EXO is one of the top Kpop Boy Groups of all time. They are often compared to BTS, however, their music is very different. Many might not know this but EXO is actually more popular in South Korea and other Asian countries than BTS. EXO was created by SM Entertainment and features less global/western sounds and more sounds focused on the Asian audience. Therefore many of their songs are not rap-heavy which gives them a lot of flexibility when creating songs. Also, EXO has some of the best dance choreography around. All of the EXO members have become very successful and super-wealthy.

EXO’s first two singles were released in early 2012. However, their next single MAMA was released in both Korean and Chinese and went viral in both countries. This was followed by XOXO their first full-length album in 2013 and the rest is K-pop history.

Super Junior game on the scene around the same time as Big Bang. They debuted under SM Entertainment with a total of 13 members! SM selected the members based on their experiences as MCs, models, actors, and radio hosts. This explains why many of the members have found success in other fields such as business and acting outside of Super Junior.

They shot up to stardom with their song Sorry, Sorry. The group is not only known for its great visual music videos but also its personality. Many of the members are active on social media where they are able to show their silly side.

SHINee made their Kpop debut back in 2008. They are a 5 member group that is not only known for their music but also their fashion and fitness. What made them favorites among Kpop fans were their highly synchronized and complex dance choreography. The members were known for having an impressive array of muscles and six-pack abs which highlighted their dances. However, in 2010 their image changed with a mature and grown-up look.

SHINee has a huge fan base all across Asia, especially in Japan. They were the first non-Japanese group ever to place three singles into the top three of the Oricon weekly singles chart. The group also had great success in Korea. They were made honorary ambassadors of the Gangnam District in Seoul.

TVXQ/DBSK has an original crew and a post-breakup crew (JYJ). TVXQ is sometimes referred to as DBSK which translates to the Rising Gods of the East. They were formed by SM Entertainment way back in 2003 and started out as a 5 member boy group. They really hit it big with Mirotic back in 2008 which is still considered one of the most popular Kpop songs of all time.

3 of the members of TVXQ left the group to form JYJ which has gone on to have equally great success. TVXQ took a year off and later returned as a duo (MAX and U-Know) and found great success in Japan, Thailand, and China. Like many K-pop groups, as their careers developed, the duo became more active in writing and producing their own music.

2PM not only has a lot of fans in South Korea but also in Japan. The group was launched by JYP Entertainment and made its debut in Japan in 2011 to great success. They are known for their old-school sound and compared to most K-pop boy groups, 2PM has gone with a look that is a bit more mature and grown-up.

2PM ended up touring around Japan over the next 5 years and have gained a strong loyal following there. There is talk that in 2022, 2PM will be making a comeback which has both South Korean and Japanese fans very excited.

One of the hottest Kpop boy groups right now for SM Entertainment is NCT. NCT was formed back in 2016 and now has 23 members as of early 2021. The first unit that was introduced was NCT U back in 2016 and was followed by NCT 127. Later there was the teenage unit called NCT Dream. The umbrella group is NCT and they released their 2nd album in late 2020. It was a two-part album called NCT 2020 Resonance Part 1/Part 2. It sold over 2.6 million copies within 60 days. Therefore, the album is now the highest-selling physical album that was released by SM Entertainment. In addition, NCT received its first Daesang Award at the 2020 Asia Artist Awards. Those that feel they are true NCT fans should try out NCT Quiz.

Monsta X was created from the hit reality TV survival program No Mercy produced by Starship Entertainment. The group has 6 members and is really climbing up the overall standings with a huge 2020. They have been nominated for many Korean and international awards. They are especially popular in Japan thanks to their Japanese single Spotlight. In addition, it received an official gold certification from the Recording Industry Association of Japan.

Many might not agree to rank Seventeen this high when you have groups like 2AM, BtoB, Got7, Stray Kids, and INFINITE,  but you can’t disagree with their success in recent years. The 13-member Kpop boy group formed by Pledis Entertainment back in 2015 really changed the way Kpop groups operate. They have sub-units. One for hip hop, vocal, and the other for performance. The performance unit is credited for Seventeen’s amazing choreography and dance performance on-screen and live on stage.