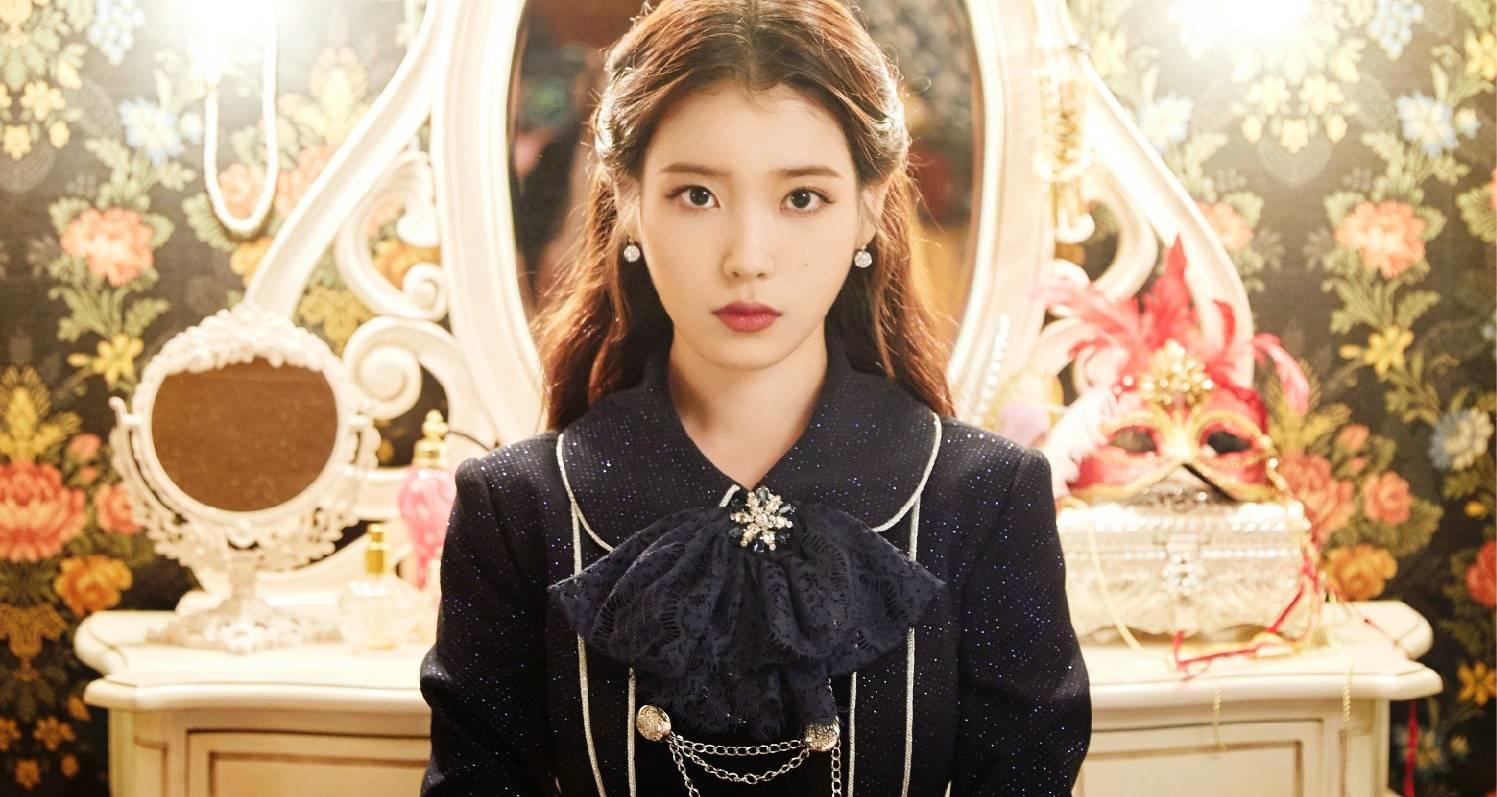 Several K-pop stars have taken a stab at KDramas. Many have had great success and even made it their career going forward. This article will focus on the top female Kpop idols doing Korean dramas. While many of these idols could have stuck with the K-pop industry entirely, these 10 K-pop idols turned actresses showed off a new set of skills and left us wanting more. This goes to show just how talented these K-pop stars are. Not only can they sing and dance, but they can also act. Jisoo from BLACKPINK is an excellent example of a K-pop star finding success via Korean dramas, as her lead role in Snowdrop got her a lot of attention in 2022.

Look for more Kpop Idols to transition into acting in the future. 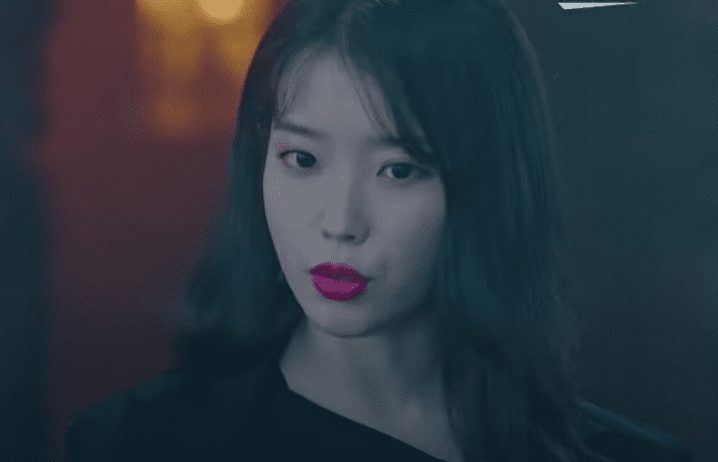 IU is the top female Kpop Idol in Korean dramas. She first started just appearing on variety shows such as Star Golden Bell and Heros and even presented on music chart shows on Gom TV. Her first taste of acting in Korean dramas was in the teen Korean drama Dream High. Her first leading role was in the series; You’re the Best, Lee Soon-shin. She was praised for her performance by her cast and crew. She also got positive critical reviews and was nominated for the Excellence in Acting Award (Best Actress in a Serial Drama) at the 2013 KBS Drama Awards. Her next role was in the romantic-comedy series Bel Ami where she played a carefree girl with a crush. She was nominated for the Outstanding Korean Actress award at the 2014 Seoul International Drama Awards.

She started to hit her stride when she appeared in the Korean drama The Producers and a year later in Moon Lovers: Scarlet Heart Ryeo. This was when her popularity in China hit an all-time high. This led her to her best performance when she starred in My Mister, one of the highest-rated Korean dramas. This success led her to her next big Korean drama hit, Hotel del Luna. Her acting has gotten so good now that we forget that her main talent is singing and songwriting. 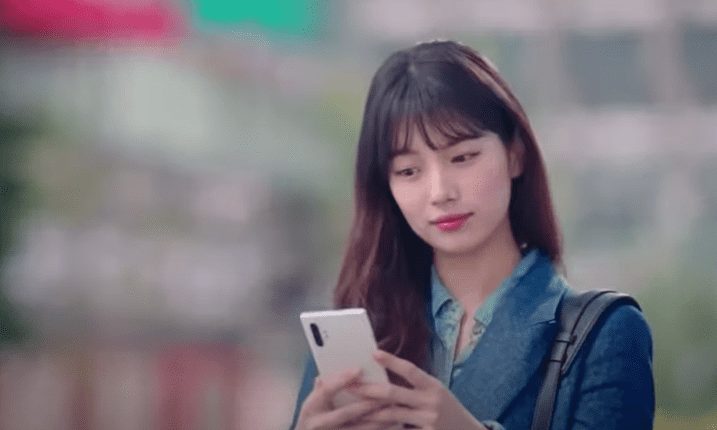 It was a hard call between IU and Suzy as Suzy had the latest big Korean drama hit in Start-Up. Many knew that Suzy would have a successful acting career because she started as a model rather than a singer. She made her acting debut like IU in the teen Korean school drama Dream High. Suzy won the Best New Actresses Award at the KBS Drama Awards. She moved on to film and reality shows before doing a supporting role in the KBS Drama Big. Her next role was in the historical Korean drama Gu Family Book where she won the Top Excellence Award at the MBC Drama Awards and the Outstanding Actress Award at the Seoul International Drama Awards.

One of her most successful Korean dramas was the fantasy thriller While You Were Sleeping. A few years later, she followed that up with the spy-action drama Vagabond. However, 2020 put Suzy at the top thanks to the Korean drama Start-Up, where she played an aspiring female entrepreneur looking to become the Steve Jobs of South Korea. Look for her in Anna in 2022 on Coupang Play! 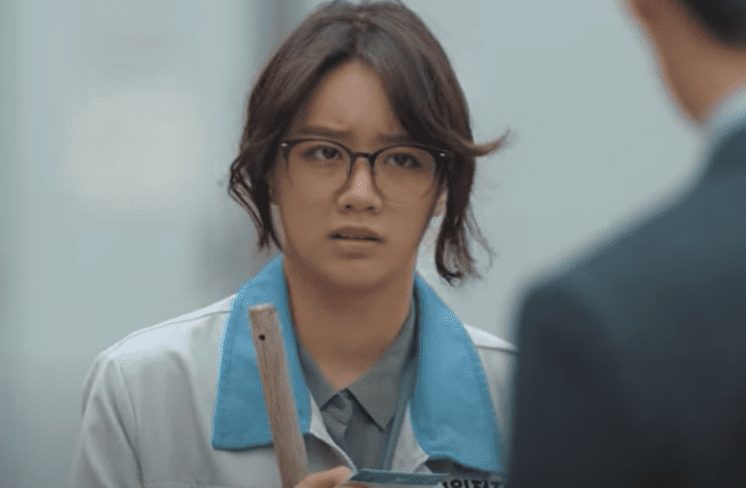 It is not surprising that Hyeri went into acting as she attended the Seoul School of Performing Arts, majoring in Film at Konkuk University. Her acting debut came in the SBS weekend drama Tasty Life. She became popular quickly and won the Best Female Newcomer Award at the MBC Entertainment Awards for her performance in another series called Real Men. Her first lead role was in the teen drama Schoolgirl Detectives and later in the romantic comedy-drama Hyde, Jekyll, Me.

Her best role to date has to be her lead performance in the Korean drama Reply 1988. It was a huge commercial success and was among the highest-rated Korean dramas. She got the lead role in an SBS drama Entertainer, where she won the New Star Award at the 2016 SBS Drama Awards. Her next role was in the police comedy-drama called Two Cops. She went on to do two films but returned to Korean dramas when she starred in the Korean office comedy-drama Miss Lee. 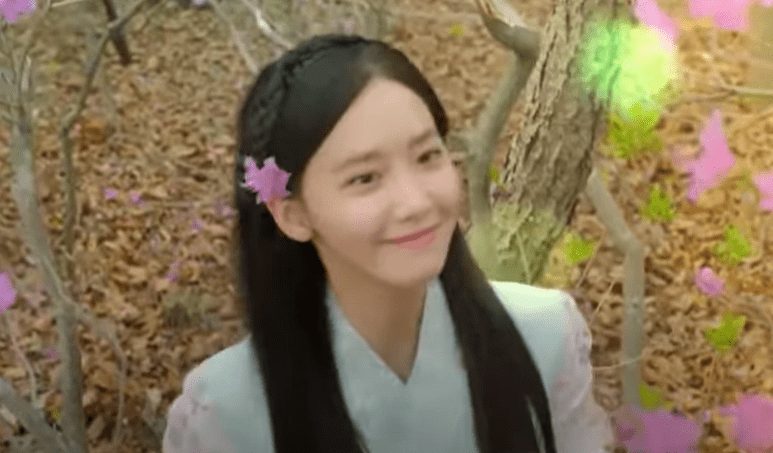 Yoona started filming commercials, music videos, and movies at a young age. Now she is very active in both Korean and Chinese dramas. Her acting career started with a small role in the MBC dramas Two Outs in the Ninth Inning and Woman of Matchless Beauty. Her lead role was in the KBS drama You Are My Destiny, and Yoona said that this role was a turning point in her career. She won two Best New Actress Awards at the 2008 KBS Drama Awards and the 45th Baeksang Arts Awards. She landed the lead role in the MBC drama Cinderella Man through this recognition.

After a few years off, Yoona got back into acting after being cast for the lead role in the KBS fantasy drama Love Rain and a year later in the romantic comedy-drama Prime Minister & I. Her later performance got her an Excellence Award at the 2013 KBS Drama Awards. For the next few years, she focused on Chinese Dramas before starring in the Korean action thriller The K2. After starting her first movie, she for back into Korean dramas with the MBC historical drama The King in Love. Her latest role is as an intern reporter for the Korean office drama Hush. 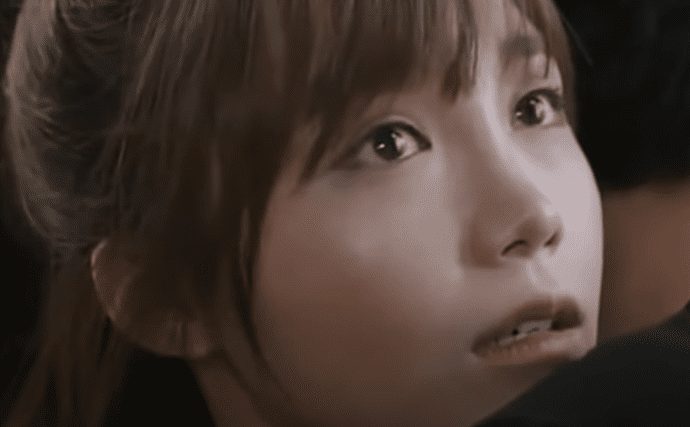 Eunji made her acting debut in Reply 1997, which was one of the highest-rated Korean series on cable tv. What impressed many critics was her ability to do an authentic Busan accent. This role won her many awards, such as the 49th Baeksang Arts Award for Best New TV Actress. Her next role was supporting the 2013 Korean melodrama That Winter, the Wind Blows. For this role, she won Best Performance at the 2nd APAN Star Awards and the New Star Award at the SBS Drama Awards.

After a lot of success, she starred in the romantic comedy series Trot Lovers and a year later in the high school drama Cheer Up! Her last role was in the action melodrama Untouchable. She has not done a Korean drama for a few years now and seems to have moved on to film. Hopefully, she will come back for a new series soon. 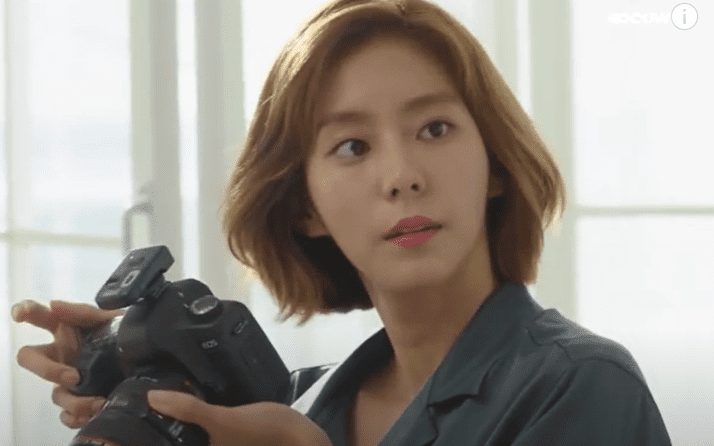 Uee always wanted to be an actress, however, started her career as a singer. She made her acting debut in the MBC historical drama Queen Seondeok. She was quickly cast in the SBS musical drama called You’re Beautiful. Her lead roles came a few years later in Korean dramas Birdie Buddy and Ojakgyo Family. Uee got a Best New Actress Award at the Paeksang Arts Awards and the KBS Drama Awards. However, she broke out when she starred as a princess in the historical drama Jeon Woo-chi.

From this point, Uee could constantly pick up leadership roles, such as in the drama Golden Rainbow where she got the Excellence Award at the 2013 MBC Drama Awards. She followed this up with the romantic comedy Hogu’s Love, SBS drama High Society, MBC’s drama Marriage Contract, and Night Light. After graduating from After School, she could fully focus on her acting career. She signed up with a new management agency and got to work.

Uee starred in the KBS fantasy romance comedy-drama Manhole and the weekend dramas My Contracted Husband, Mr. Oh, and My Only One. She has been inactive for a few years, but we should not expect that to last too long as she is expected to star in the Korean Drama Ghost Doctor in 2022. 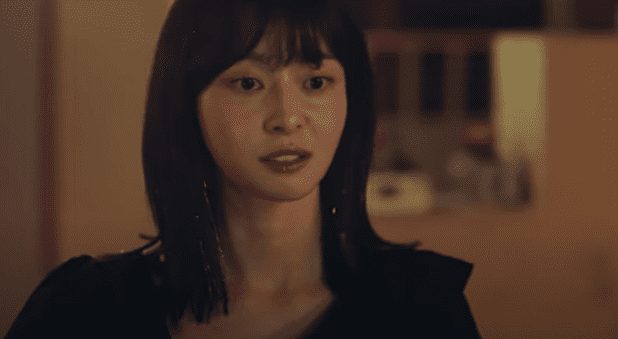 Nara originally joined Fantagio Entertainment as an acting trainee. Her first appearance in a tv role was her cameo role as a stewardess on the SBS drama Take Care of Us, Captian. However, her first major acting role came in the SBS romantic comedy-drama Suspicious Partner. A year later, she starred in the melodrama My Mister, followed by the SBS legal drama Your Honor. Nara’s lead role came in 2019 when she starred in the KBS medical prison drama Doctor Prisoner. Most recently, she starred in the Korean drama Netflix hit Itaewon Class which is based on a Korean webtoon of the same name.

Joy’s first got a taste of being on TV by doing variety shows such as We Got Married. Joy is one of the up-and-coming female Kpop Idols doing Korean dramas. Her acting debut was as a female lead in the music-based Korean drama The Liar and His Lover. Joy got the Newcomer Award at the OSEN Cable TV Awards. Her next drama was the MBC drama Tempted, where she won numerous award nominations for her performance. She won the Best Actress Award at the 2018 MBC Drama Awards and the Popularity Award at The Seoul Awards. Since then, she has done many hosting roles and variety shows. Expect her to get back into Korean dramas in 2023. 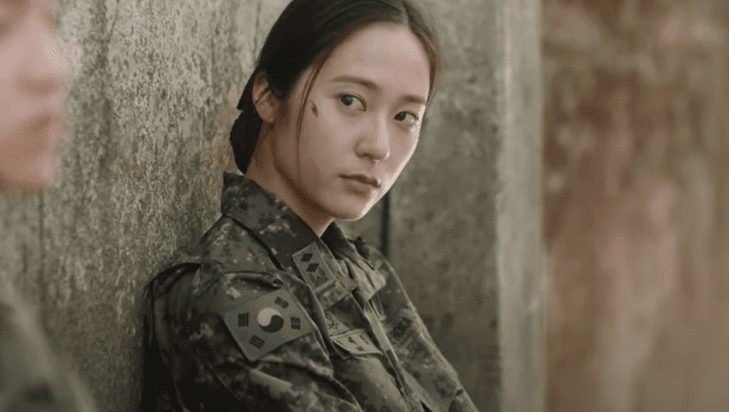 Krystal’s first role was in a long-running Korean sitcom, More Charming by the Day. She got the Newcomer Comedy Award for the role at the 2010 MBC Entertainment Awards. She was then cast in the sitcom High Kick 3. However, her breakout in acting came when she starred in the SBS teen drama The Heirs. For her performance, she was voted the Best Onscreen Couple and Kang Min-hyuk of CNBLUE at the 2013 DramaFever Awards. Her first leading role came in the SBS drama My Lovely Girl. She won the Most Popular Actress Award in the television category at the Baeksang Arts Awards.

She took a few years to do a Chinese film and drama. However, in 2017, she starred in a TVN drama spin-off of a Korean webtoon called Bridge of the Water God. The same year, she also starred in the Korean drama Prison Playbook. A year later, she was cast as the female lead in the crime action drama Player, where she did her stunts. After two more Korean films, she was cast in the OCN military cinematic drama Search. Look for her next Korean drama role as the main lead in Crazy Love in 2022. 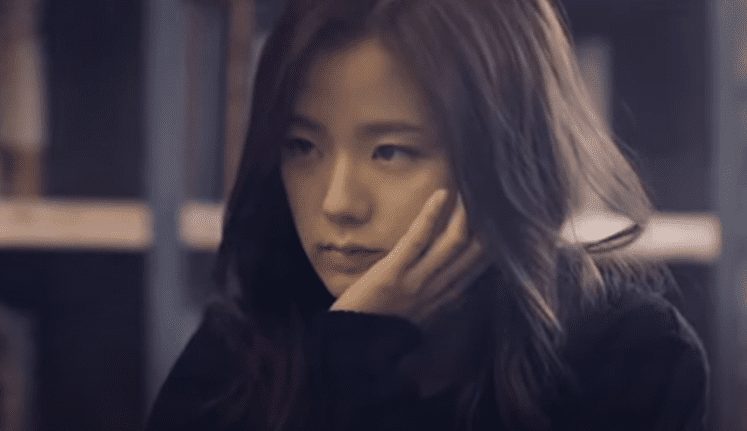 Rounding out the list of the top female K-pop idols doing Korean dramas is Jisoo. Many blinks might not like to hear this, but Jisoo will eventually be a KDrama actress. That is where her passion is. She has made cameo appearances in dramas such as The Producers and the fantasy Korean drama Arthdal Chronicles. Her first lead role was in the Korean drama Snowdrop. Jisoo is just starting; it is only a matter of time before she starts climbing this list.

Did you enjoy our list of the top Female Kpop Idols doing Korean Dramas?

We also did an article on the Top Male Kpop Idols doing Korean dramas, so make sure to check that out.