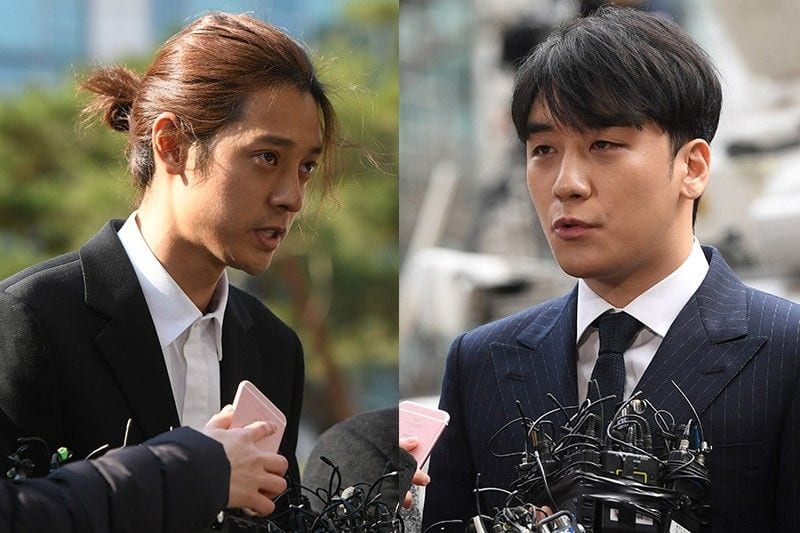 The Biggest Scandals in Kpop over the Last Decade

Thanks to the global success of BTS and BLACKPINK, Kpop is better than ever before. It is now a $5 billion industry with over 100 million fans around the world. Now Kpop stars are under the spotlight more than ever. Therefore, many Kpop entertainment companies spend millions of dollars a year making sure their artists have the right public image. The Kpop industry has a controversial history with many artists having complained about being under “slave contracts” and some even having committed suicide. Scandals in Kpop are controlled very well by Kpop Entertainment companies, however, some scandals are just too big to bury. Below is a list of the biggest scandals in Kpop History. Some involve corruption, drug use, bullying, or sexual violence.

How did one of the biggest scandals in Kpop start? No Kpop fan would have guessed that a member of Big Bang would someday end up possibly going to jail. Below is a complete timeline of the Burning Sun Scandal.

Korean news showed a CCTV video of a guy getting beat up at a club called “Burning Sun”. The guy said he was attacked by the club security guards. However, the guy ended up getting arrested by the police. The incident happened in November of 2018.

Once the video was released the police were forced to investigate what happened at the Burning Sun club and look into the club director who was Seungri. Seungri is estimated to hold a 20% stake in the club.

A group chat on Kakao was released. The chat was about finding a drugged woman to take to the VIP room. The staff at the Burning Sun chatted about VIPs having sex with drunk/drugged women. The acts were allegedly recorded via a hidden camera. Seungri claims he didn’t know this kind of activity was going on at the club. Police continued to investigate and found that many kinds of drugs like ecstasy were distributed at many clubs in Gangnam including Burning Sun.

Police start investigating Seungri for supplying prostitutes for VIP international guests. Text messes came out with Seungri telling his employees to prepare escorts for very important VIP investors. Seungri has denied all this. He said he can’t remember because it happened 3 years ago….YG Entertainment came out with a statement that the text messages were fake.

The CEO of Buring Sun admits to bribery. He said he paid off police officers.

Seungri is questioned by police on charges related to prostitution. They also said that there are more people implicated in the Kakao chat room. The men were rumored to be famous Korean celebrities. The chatroom had videos of sexual assault taken without the victim’s knowledge. The text exchanges also talked about having sex with women who were passed out/fed sleeping pills. Seungri makes an announcement that he is quitting the entertainment industry.

Jung Joon-young and Choi Jong-hoon were found guilty of gang-raping two different victims on two separate occasions in 2016. Jung was also convicted of secretly filming himself having sex with other women and sharing the footage without their content.

Another employee named Cho was sentenced to 4 years and 6 months in prison for illegal substance possession and drug trafficking.

Prosecutors indicted Seungri on charges of violating laws on prostitution, illegal gambling, and foreign currency trading. Seungri was accused of buying prostitutes for himself and business investors from Taiwan, Japan, and Hong Kong, engaging in illegal gambling overseas, and failing to report to South Korean authorities about the money he borrowed abroad to use in gambling. Seungri has previously denied most of the allegations. They told him to report for 21 months of mandatory military service because prosecutors had ended their investigation of him. Therefore, his care will be handed over to a military court.

Jung Joon-young and Choi Jong-hoon had their prison sentences for gang rape and spycam crimes significantly reduced. The Seoul High Court reduced Jung’s sentence from 6 years to 5 and Choi’s from 5 to 2 1/2. Furthermore, Choi was able to reach an agreement with one of his victims.

Back in 2016, Park Yoo-chun a member of Kpop boy group JYJ was accused by 4 women of sexual assault. The alleged assaults were said to have taken place between 2014-2016. Park Yoo-chun was found not guilty but massive damage had already been done to his reputation. However, in 2020 Park Yoo-chun was sentenced to 2 years of probation over drug use. He was accused of using drugs in 2019. However, he did not get jail time because he was a first-time offender.

Kpop artist Dahee of the girl group Glam tried to blackmail famous Korean actor Lee Byung-hun for over $4 million. She threatened to release a video recorded on a cell-phone of Lee Byung-hun drinking with her and a model named Lee Ji-yeon. In the video, it is alleged that Lee Byung-hun made lewd remarks. Both women later confessed to the attempted blackmail. The excuse given by Dahee was that she was in heavy debt with Big Hit Entertainment. Lee Ji-yeon claims she had an affair with the actor but the actor ended up breaking things off. Both women went to jail for around 1 year. Dahee was quickly kicked out of Glam.

In 2016, Super Junior’s Kangin was involved in a hit and run in Gangnam. He smashed his Mercedes-Benz into a streetlight after drunk driving. After crashing into the streetlight, Kangin fled the scene in his car. A few hours later he turned himself in to the police. He had a .05% blood alcohol level. In addition, the accident was caught on camera. A few months later he caused a traffic accident while under the influence of alcohol where he had to pay a $6,000 fine.

The Bullying of Mina by Jimin

In 2020, a former member of Kpop girl group AOA, Mina revealed the many years of bullying by AOA members. She revealed that Jimin, the group’s leader was behind all the bullying. Mina said she was bullied for 10 years. She left the group because she could no longer put up with the bullying. Moreover, this led Mina to have suicidal thoughts. When Mina posted her bullying experience on social media, Jimin posted an apology letter on Instagram. She stated that she regretted her behavior and begged Mina to forgive her. However, FNC Entertainment removed Jimin from the group and apologized for mishandling the situation. This was one of the biggest Kpop scandals of 2020.

The Bullying of Lee Hyunjoo by APRIL members

Former APRIL member Lee Hyunjoo recently stated that she was bullied by APRIL members and even thought about killing herself. Lee Hyunjoo ended up leaving the group in 2016. She also claims that DSP Media was aware of the situation and did nothing about it. DSP Media stated that they would be taking legal action against Lee Hyunjoo’s brother both criminal and civil for posting the allegations online. Lee Hyunjoo claims that the bullying lasted for 2 years from 2014-2016. Some of the bullyings she claims occurred include violent actions/behavior, ridicule, swearing, and attacks on her character.