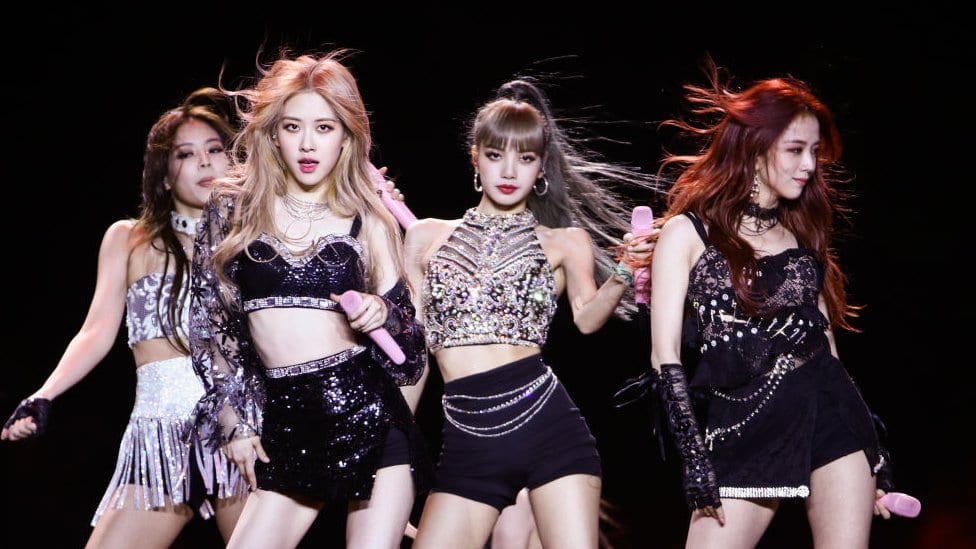 Who are the best Kpop Girl Groups of all time? The two “God Mothers” of Kpop girl groups come down to Fin.K.L. (1998) and S.E.S (1997).  Kpop Entertainment companies did a good job of training some of the top talents in Korea in both vocals and dancing before debuting the group. Kpop Girl Groups have always had a disadvantage in the industry. Many looked and sounded the same; however, many went against tradition and exploded globally.

Each Kpop Girl Group has its own style and story. Many have used social media to expand their audience and let fans into their personal lives. For example, Blackpink’s’ Lisa is the top Kpop Instagram influencer of all time, bigger than any Kpop star, including the men. For those interested in our article on the best Kpop Boy Groups, check it out after reading this.

Blackpink was formed by YG Entertainment and debuted back in 2016. It has been less than five years, but Blackpink is clearly the greatest Kpop girl group of all time. They continue to break records on YouTube with every new release. In fact, they are the first Kpop girl group to get over 1 billion views for a music video on YouTube. Also, Blackpink is the highest-charting female Kpop Group on the Billboard Hot 100 with their collaboration with Selena Gomez called Ice Cream. They even have their own documentary on Netflix called Blackpink: Light up the Sky.

Blackpink has the most subscribers on YouTube, and the numbers continue to grow. They were the first Kpop girl group to perform at Coachella. They are not only major players in the Kpop industry but also major players in the fashion industry. The four members are all faces of some of the top luxury fashion brands such as Chanel, Louis Vuitton, and Dior.

Twice was formed by JYP Entertainment after being on the Korean TV program Sixteen. They exploded onto the Kpop scene with their hit single Cheer Up in 2016. If you ask most male Kpop fans, most will favor Twice over Blackpink. Many don’t realize this, but TWICE is the highest-selling girl group in South Korea in regard to physical sales. This is because Twice has three times more singles compared to Blackpink. In addition, Twice is very popular in Japan as well. They became the first Kpop girl group to embark on a Japanese dome tour. Therefore, regarding the most profitable markets (South Korea and Japan), Twice outranks Blackpink. The big question is, will Twice pass Blackpink on a global scale? We will have to wait and see.

Girl’s Generation (SNSD) was formed by SM Entertainment. It has been 14 years since Girl’s Generation broke out in the Kpop scene. The nine-member group was able to be one of the first Kpop groups to break out onto the global stage. They had a very innocent image, and their stage performances were fun and colorful. They are called ‘The Nation’s Girl Group,” and many have gone on to have successful solo careers. Their biggest hit was Gee from their first mini-album, which became a YouTube phenomenon.

In their prime, 2NE1 was Korea’s most successful Kpop girl group. The group was formed by YG Entertainment back in 2009. However, in 2016, Minzy left the group, and the band disbanded. If they had all stayed together, it could be argued that 2NE1 would have ranked #1 as the greatest Kpop girl group. They have sold over 66 million records, and Billboard magazine ranked 2NE1 as one of the best Kpop girl groups of the past decade. All have gone on to have solo careers, but none were able to capture the magic that 2NE1 brought.

Their biggest hit is probably I am the Best. Surprisingly, 2NE1 didn’t hit it big like BTS in America. CL and Park Bom lived in America for many years before moving to Korea. CL especially speaks perfect English, and it seems they missed a golden opportunity to create music solely for the global audience.

JYP Entertainment found a winner in this five-member Kpop girl group in 2007. Their hit Nobody was the first Korean Kpop song to appear on Billboard’s Hot 100. The group debuted with the single “Irony” and quickly gained popularity with their catchy tunes and impressive dance skills. The Wonder Girls have since released four studio albums, “The Wonder Years,” “Wonder World,” “Reboot,” and “Awaken.”

They have also held several successful tours, both in Korea and internationally. Wonder Girls were one of the first Kpop groups to break into the American market by being the opening act for the Jonas Brothers. They contributed greatly to the rise of the first wave of iconic Hallyu stars like Girls Generation and 2NE1.

Red Velvet is known for trying new concepts and experimenting. They were formed by SM Entertainment. The group’s name represents their two concepts: “red” for their brighter, bolder image and “velvet” for their more sophisticated, softer side. Red Velvet has been praised for its unique music style, combining pop, R&B, and hip-hop elements. The group’s debut album, “The Red,” was a critical and commercial success, reaching the top of the Korean music charts and selling over 200,000 copies.

Red Velvet is also known for its fashion sense and beauty. The group has been featured in magazines such as Vogue and Harper’s Bazaar, and they were named one of the “100 Most Beautiful Faces of 2018” by TC Candler.

Their sounds are always new and unique. Their vocals and range are amazing. The only criticism Red Velvet gets is their stage performance which has improved considerably over time. Time Magazine and Billboard named them one of the most popular Kpop groups. In addition, they were the 5th most-streamed Kpop group worldwide on Spotify as of early 2020.

The most popular Kpop girl group to come out of Mnet reality Kpop competition show Produce 48 is IZ*ONE. The Kpop girl group has 12 members and is managed by Off the Record and Swing Entertainment. They made their debut in late 2018 and won many awards in 2019 for new artist of the year categories. The group has released albums in both Korea and Japan. Many wonder what their name stands for, and it is pretty simple. The IZ stands for 12, and ONE stands for being one as a group.

This group has everything you look for in a musical act – catchy tunes, amazing choreography, and talented performers. And they’re not afraid to experiment with their sound, which keeps things fresh. Some of their popular upbeat tracks include “Violeta” and ” La Vie en Rose.” But they also have some great slower songs, like “Fiesta.”

Mamamoo is a Korean pop (K-pop) group that debuted in 2014. The group comprises four members: Solar, Moonbyul, Wheein, and Hwasa. Mamamoo is known for having strong vocal skills and catchy songs. They have released several successful albums, including “Melting” and “Reality in Black.” In addition to their musical talents, Mamamoo is known for its fashion style. The group often rocks colorful and unique outfits onstage, which has helped them to stand out from other K-pop groups.

Mamamoo brings its own style of music to Kpop. They really put RBW on the map. Many experts in the Kpop industry feel that their debut in 2014 is considered one of the best Kpop debuts that year. Their fame has come organically in Korea but has yet to break out internationally.

WM Entertainment’s top group is Oh My Girl. They are a seven-member Kpop girl group that made their debut in 2015. The group consists of Jiho, Mimi, YooA, Seunghee, Binnie, Arin, and Hyojung. Their music mixes cutesy pop and R&B, and they often sing about love and relationships. They’re very talented dancers, and their choreography is always on point. They also have great style – their outfits are always trendy and fashion-forward.

The group has a massive following in Japan as they released their 3rd Japanese album in 2020. In addition, at the 2020 Soribada Best K-Music Awards, Oh My Girl received a Bonsang Award.

The most successful group to come out of DSP Media has to be Kara. Kara really has it all for a Kpop girl group. They first started with four members when they made their debut in 2007. They have stunning visuals, a great stage presence, and fun choreography. Kara is best known for their catchy songs and flashy dance routines. They have released several successful albums, including ‘Rock U’ and ‘Step.’ In addition to their musical career, Kara has also appeared in a number of TV shows and movies, such as ‘My Sister’s Keeper’ and ‘The Bride of habaek’.

Kara is a hugely popular group in Korea and across Asia, and their fans are affectionately known as ‘Kamilies’. KARA was one of the first Kpop groups that broke out in the Japanese market, paving the way for other Kpop Girl Groups later. The group had an amazing 9-year run, allowing them to make this top 10 list.