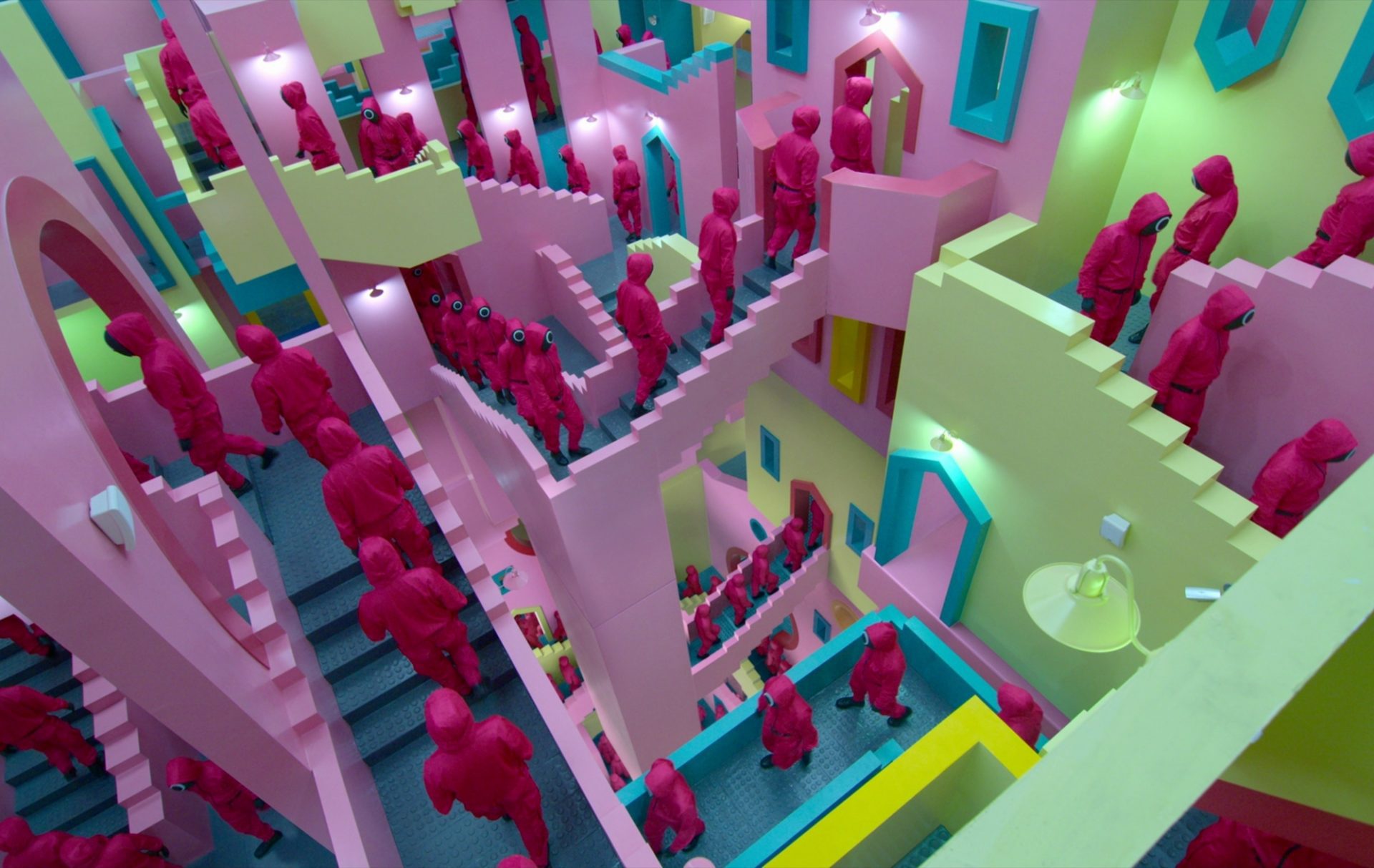 What are the best Korean dramas for 2021? Well, we here at SeoulSpace got you covered. K-dramas have taken over the globe, and streaming platforms such as Netflix have taken notice. K-dramas are both addicting and well-made. Whatever storyline you are interested in, from romance to crime dramas, Korean dramas offer viewers exactly what they are looking for. Whether you are looking for a good cry, scare, laugh, swooning moment, or even deadly violence, there are plenty of Korean dramas to choose from. 2021 has started off with a bang, and so far, we have selected the best of the best. We will continue to update the article as more Korean dramas come out in 2021. Here are the best Korean dramas for 2021 with no spoilers! Enjoy!

Don’t see your favorite Korean drama for 2021? Please leave a comment below for us to review.

Squid Game was not only the most popular Korean drama of 2021 but also the most-watched series of all time for Netflix. The series is about 456 players getting kidnapped and asked to play deadly childhood games for 45.6 billion won. The main character Seong Gi-hun is invited to play games that offer both physical and psychological twists. Squid Game became the most-watched series on Netflix in November of 2021 when it attracted over 142 million viewers from over 90 countries.

This Korean drama is a remake of the 2004 South Korean film Mr. Handy, Mr. Hong. It focuses on the main character named, Yoon Hye-jin, who is a beautiful and smart dentist living in a big city. She ends up losing her job after accusing a corrupt head doctor of wrongdoing. Hye-jin goes on a trip to a seaside village called Gongjin. This is where she meets Hong Du-sik, who is the head man in the village. He looks after the elders and overall take care of the village. The two end up running into each other several times, with Du-sik helping Hye-jin out of sticky situations.

Hellbound first premiered at the 2021 Toronto International Film Festival. It is a dark fantasy religious drama where ape-like creatures enter Earth through a portal to drag people to hell. Before the ape-like creatures appear, a ghostly presence alerts the targeted victims of the exact moment they will die and go to hell. The story focuses on a detective looking to find answers and a cult leader looking to take advantage of the hysteria caused by the creatures for his own mission.

Now, We Are Breaking Up

Now, We Are Breaking Up is a traditional Korean drama that focuses on falling in love and breaking up. The story is set within the fashion industry, where a beautiful designer falls for a successful photographer.

Topping the list at #1 for the Best Korean Dramas of 2021 so far is Vincenzo. It is a very stylish Korean mob drama. Song Joong Ki plays the main character Vincenzo who went to Italy after he was adopted. His Korean name is Park Joo Hyung, and he ends up becoming a hotshot lawyer who is actively working for the mafia. He is both smart and ruthless while in the mafia world in Italy. A “firey” incident happens that makes Vincenzo have to go back to Korea. There he meets another very ambitious lawyer who is willing to do anything to win a case. The overall production is top-level and looks like a film more than a Korean drama.

Move to Heaven is about a father and son who work as trauma cleaners. The son has Asperger syndrome. The father dies, and the son is left with his uncle, who has just been released from prison. They run the trauma cleaner business together. They uncover various stories of the deceased while experiencing different emotions and sentiments towards life, death, and family. Their job is to bring closer to the families of the deceased. The drama is very unique and has a lot of substance compared to your typical Korean drama.

Beyond Evil takes place in a small town, where a detective is searching for a serial killer cutting off his victims’ fingertips. This is very personal for the detective because 20 years ago, a similar killing happened and his sister also disappeared, and only her fingertips were found. The detective ended up being a prime suspect in the disappearance. A police officer from Seoul arrives and sees the detective as his main suspect. He feels the detective got away with murder 20 years ago and is hell-bent on taking him down. The drama is filled with sadness, grief, anger, and immense loss. The story takes time to unfold, which leaves you at the edge of your seat. In addition, as a viewer, you don’t really know who to root for.

My Roommate Is a Gumiho

This drama had a lot of hype behind it due to the lead stars Jang Ki-Yong and Hyeri. It is a fantasy/comedy about a romance between a  smart and handsome professor who is actually a 999-year-old nine-tailed fox and a female college student who accidentally swallows the professor’s beads. The bead can exist inside of a human for no more than one year, and then the bead will break inside of that person. When this happens, the college student will die, and the fox will lose his chance to turn into a human. The professor convinces the college student to live together in order to find a solution. While the premise is strange, the drama is both funny and romantic.

Taxi Driver is about a Rainbow Taxi Company that offers special revenge services for victims of people who were not given the proper sentences by the judicial system. The Rainbow Taxi Company enacts justice upon those that didn’t get what they deserve. Unlike typical Korean dramas, this drama focuses on different cases that the Rainbow Taxi Company takes on. Each arch is a different case with a different victim and a new strategy to unleash justice on the villain. After each arc, you learn more about the main characters through backstories and understand the motivation for why they are doing what they are doing.

For those that have not yet watched Hospital Playlist Season 1, the drama is about five doctors who met in medical school and have remained friends ever since. It is highly recommended you watch season 1 before watching season 2. Season 2 continues with the relationship between the doctors and their life at the hospital as they deal with critical cases and life-or-death situations. The second season goes deeper into the characters both at work and in their life. In addition, the second season goes deeper into the backstory of the main characters.

Mouse is a drama about a detective who has an unrelenting vendetta against criminals. As a young child, his family became the victim of the Headhunter. The Headhunter is a serial killer who decapitates his targets. The detective is accompanied by a rookie police officer, and they are tasked with solving new serial killer cases which may or may not involve the Headhunter. The drama focuses a lot on severe criminal acts by serial killers that are not shown in Korean dramas. However, if you enjoy crime thrillers dramas, you will love this drama. While it has no romance or comedy, but really takes into the minds of the crime solvers.

For those that have not seen Love Alarm -Season 1. Love Alarm is an app that measures love interest within a certain radius. If you get an alert from the app, somebody near you loves you. This is a teen love drama with a mix of science fiction. The first season left viewers with a major cliffhanger, with many fans eagerly waiting for the release of Season 2. Season 2 has only six episodes and deals with want is going on with the characters in the future. Therefore, it is not a necessity to see Season 1 to enjoy Season 2. While Season 2 will not live up to the success of Season 1, it is still worth a watch. Expect a lot of flashbacks and some really interesting creative moments. 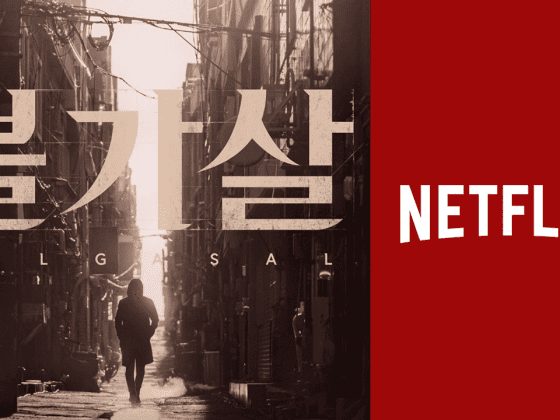 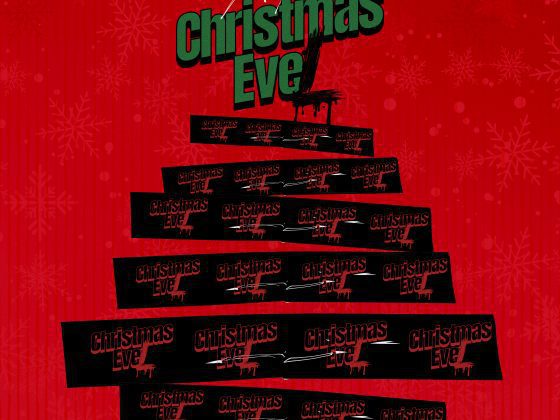