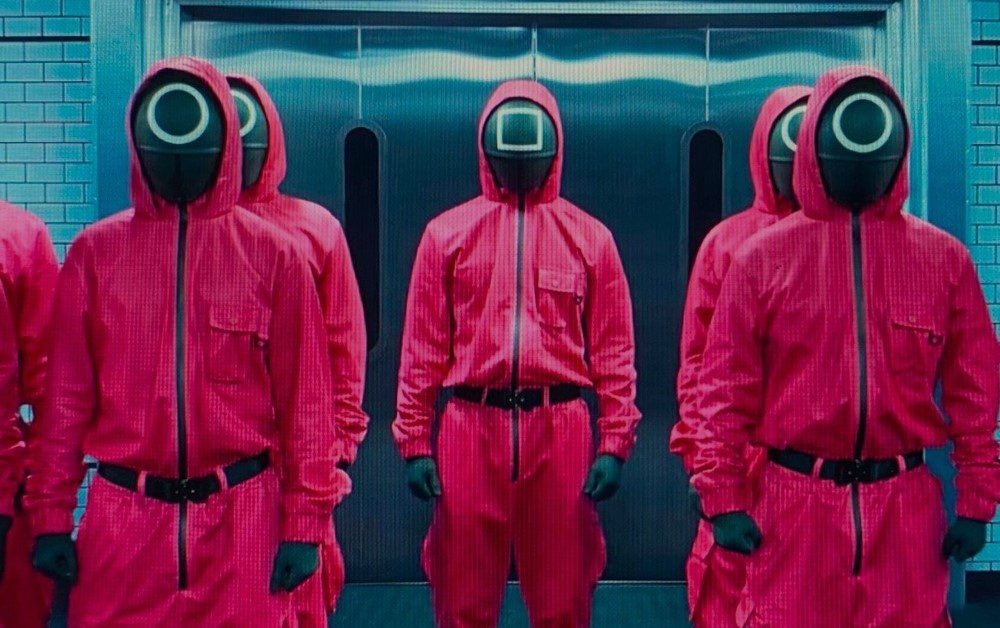 COVID-19 has caused many to lock down in their homes, leading to the rise of Korean dramas on Netflix. KDrama Netflix Originals have become a worldwide phenomenon. However, Southeast Asia viewership in KDramas, in particular, quadrupled in 2020 compared to 2019. The trend continued in 2021, and the outlook for Korean original series on Netlfix for 2022 continues to look positive. Korean dramas are additive thanks to their very interesting storylines and unpredictable plot twists. Add this to the fact that Netflix is now available in 35 languages and continues to add more, including subtitling and dubbing. No wonder it is very easy to binge-watch a whole season during your lockdown!

Below are the best Kdrama Netflix Originals to watch; from charming romantic comedies to horror Korean period pieces, there is something for everyone. 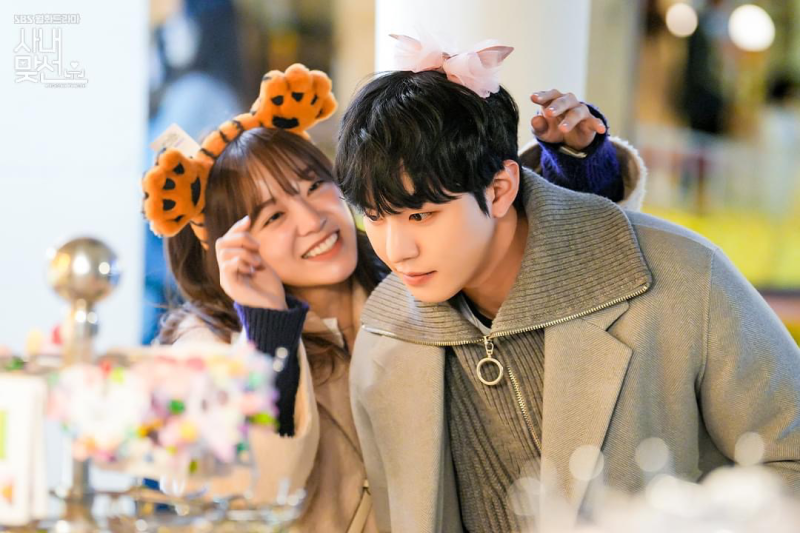 One of the best Korean dramas of 2022 has to be Business Proposal. The drama is about a man named Kang Tae-mu, the new president of GO Food. He is a hard-working president who gets set up on a blind date with Shin Ha-ri, who is taking the place of her rich best friend Jin Young-seo. To Shin Ha-ri’s surprise, she is on a date with her boss! Yes, Shin Ha-ri works at GO Food as well. Kang Tae-mu thinks he is on a date with Jin Young-seo so things get complicated. Can the two fall in love despite the lies and the wealth gap? Find out yourself! 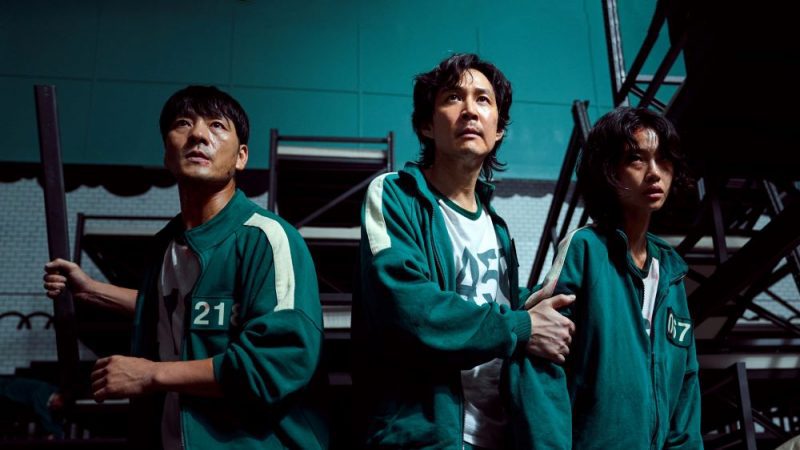 Everyone has watched and heard about Squid Game at this point. For those that have not yet seen it…what are you waiting for? This Korean drama series took the globe by storm and is far and away the most successful series ever on Netflix. Best of all, it is certain that Squid Game season 2 will be released in the future. The series centers around Seong Gi-hun, who is both divorced and in debt. He is invited to play a series of children’s games to win a large sum of money. He must beat out 455 other players who are also in debt.

All of Us are Dead

All of US are Dead is one of the best zombie horror series on Netflix. If you are a fan of Train to Busan, this Korean drama series takes it to another level. It is equally disturbing that it occurs in a high school. The drama is about a deadly zombie-like virus that breaks out at Hyosan High School. Once infected, they turn into zombies very quickly. Many students end up turning and the rest must find a place to hide while the Korean military looks to contain the outbreak. The series is very violent and is filled with gore, so make sure you are up for it before watching. 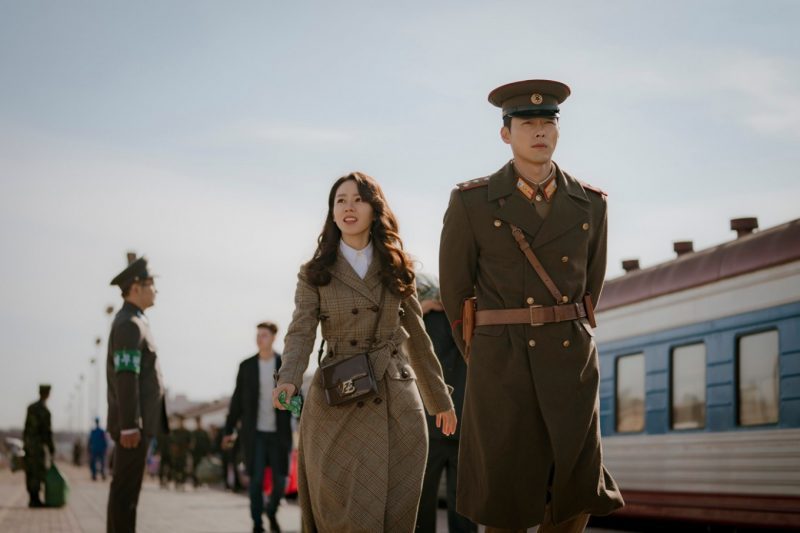 The top spot on this list of the best KDrama Netflix Originals has to go to Crash Landing on You. It will be one of the most popular Korean dramas back in 2020. It is about an heiress to a major conglomerate in South Korea who accidentally enters North Korea via paragliding. In North Korea, she meets a North Korean army officer who does everything he can to hide and protect her. They soon fall for each other despite coming from different social classes. It has everything you would want in a Korean Drama. Crash Landing on You has humor, romance, and a lot of drama. It gives you a glimpse of the rural villages of North Korea, the beautiful blue lakes of Switzerland, and the busy lights of South Korea. 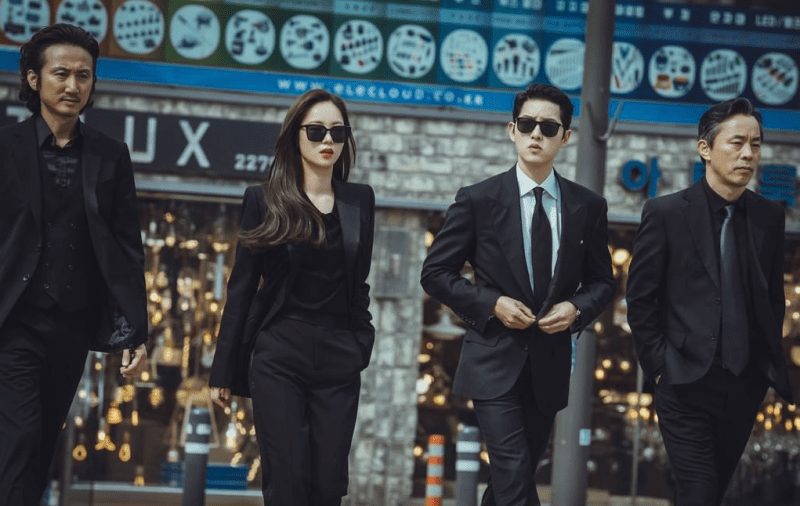 Those that like mafia dramas will love Vincenzo, which takes you to the unknown world of South Korea’s real estate mafia scene. The drama is about a lawyer that has a dark and bloody past. He returns to South Korea from Italy and gets involved with a group of small business owners trying hard to save a mall. While the drama is dark overall, it has a lot of surprising humor. It has all the things you would want in a Korean drama. Vincenzo has that slow-burning romance between the two lawyers and a revenge storyline with many twists and turns. It is one of the best-produced Korean dramas with high visuals that make it seem more like a movie than a series. In addition, it has one of the best endings in a Korean drama. 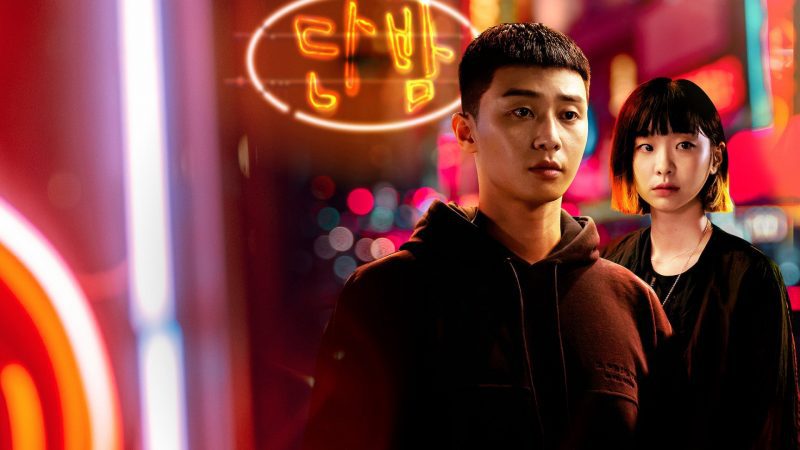 You can’t talk about KDrama Netflix originals without talking about Itaewon Class. Netflix has been turning popular Korean webtoons into Korean dramas with great success. Itaewon Class is about a boy punching the son of a large restaurant business CEO. He ends up getting expelled from school, and his father gets fired from his job working at that same restaurant. Later his father dies from a motorcycle accident caused by the CEO’s son. The boy ends up going to jail for attacking the CEO’s son. Upon his release from jail the son plans to destroy the restaurant company by opening a restaurant of his own.

This drama is not just a typical love story. Honestly, it is mostly a story about revenge and finding a family where you would least expect it. You cheer for the characters as they battle greed, corruption, discrimination, and inequality in social classes.

It’s Okay to Not Be Okay 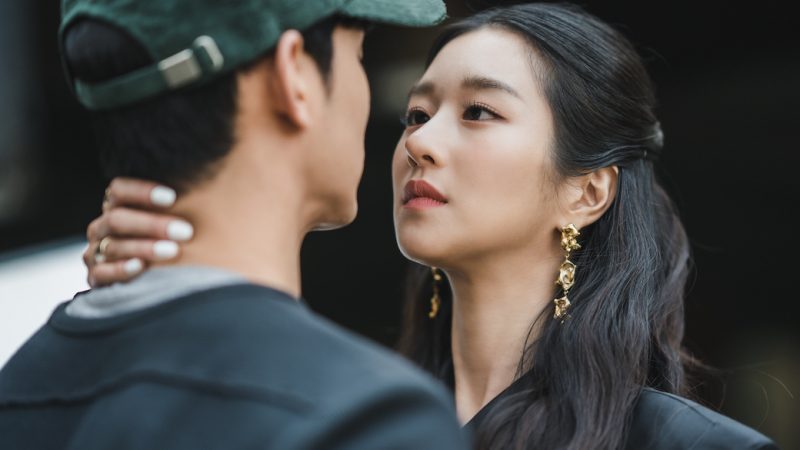 Those who love romantic Korean dramas will love this Netflix original about a man who works in a psychiatric ward and a famous woman children’s book writer with an antisocial personality disorder. The man does not make much money, while the woman is very rich. However, she is also very selfish, arrogant, and rude. As the story unfolds, the woman starts to develop strong feelings for the man and does everything she can to get his attention. It is refreshing to see a Korean drama tackle mental health issues and trauma. In addition, as the episodes go on, you get a deeper layer of every character, especially with the female lead. 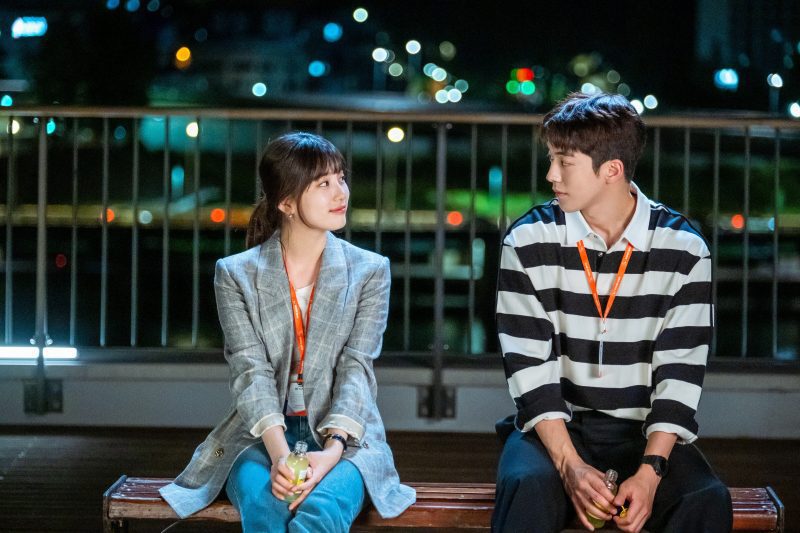 Start-Up was a huge hit in South Korea and is a major reason for the rise in entrepreneurship in Korea. The story is about a woman who wants to start her startup. She dropped out of her university and started to do some part-time work. Her dream is to one day become the Korean version of Steve Jobs. In addition, a man is the founder of a tech company. He is a mathematical wizard whose company is failing. Soon the two meet and start a startup and later start to develop feelings for each other. This Korean drama works so well because it smoothly incorporates the characters’ personal stories into what is happening with the startup company. Those that love underdog stories, sweet romances, and company rivalry will love Start-Up.

Kingdom was a huge hit, and some thanks go to the success of the Korean zombie film Train to Busan. The Korean drama is about a King who has fallen ill. No one is allowed to see him, even his son. There are rumors that the King is dead. The son (prince) feels something is wrong and sneaks into the King’s palace but gets kicked out. To find out what happened to his father, the prince discovers that the dead are coming back to life to kill.

This Korean drama only has six episodes; therefore, the plot moves quickly. The zombies in this series are very frightening as they are aggressive during the night and dormant during the day. However, don’t think of Kingdom as just a zombie movie. It is more interested in picking apart power systems and the cost of being too stubborn.

Another Korean webtoon that was turned into one of the more popular Kdrama Netflix Originals is Love Alarm. The series revolves around an app called Joalarm. The app rings when someone 10 meters around you likes you. However, the app doesn’t reveal specific details on who likes you. The series focuses on a high school student who is pretty and smart. Her parents died, and so she is living with her aunt. She is not rich, unlike a popular male student from a wealthy family. I think you can see where this story is going. Love Alarm has eight episodes and revolves around an app you can download and use if you are in Korea (with Android). Those who like tech, romance, and competition wrapped in one of the best Korean school dramas will love Love Alarm. 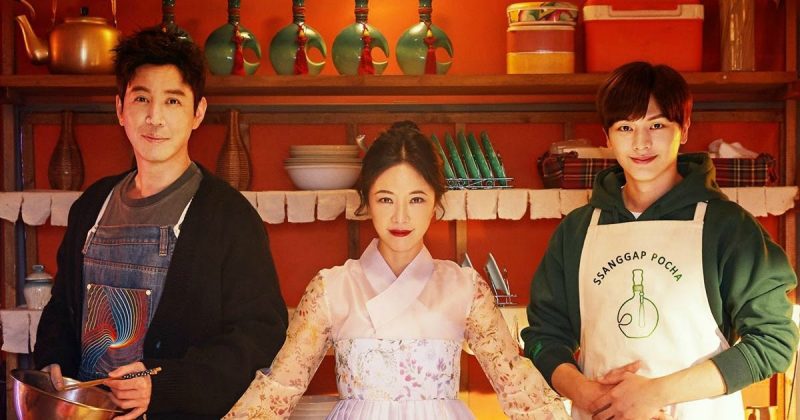 Here we go again. Another Korean webtoon turned into one of Netflix’s many KDrama Originals. The Korean webtoon is called Ssanggabpocha, which means Ssanggab Cart Bar. The Cart Bar opens only at night on the rooftop of a building. The owner of the mysterious food card caters to both normal and dead people. The customers express the programs, and the owner offers advice. They come to the Cart Bar to try and heal their internal wounds. Those interested in a silly and fun Korean drama will love Mystic Pop-Up Bar. 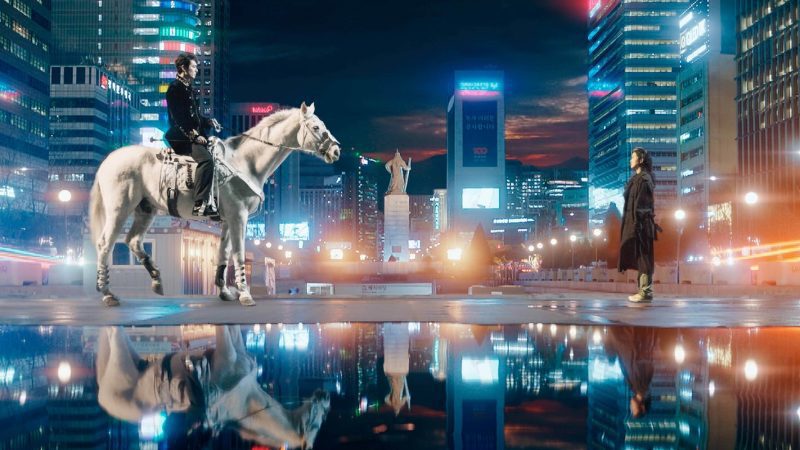 In 1994, The King of Corea was killed by his brother, and the King’s son was stabbed in the neck. The murderer is looking for a legendary flute that holds supernatural powers. He can escape with half of the broken flute. The son is saved by a mysterious savior who leaves behind a police badge. The son is appointed the next ruler of the Kingdom of Corea. Twenty-five years later, the son is still haunted by that night. He later crosses over to the Kingdom of Corea and into a parallel world where he meets the owner of the police badge, a female detective. Therefore, it is a mix of Science Fiction and Romance with a slow burn that pays off in the end. You will love the acting and the cinematography. 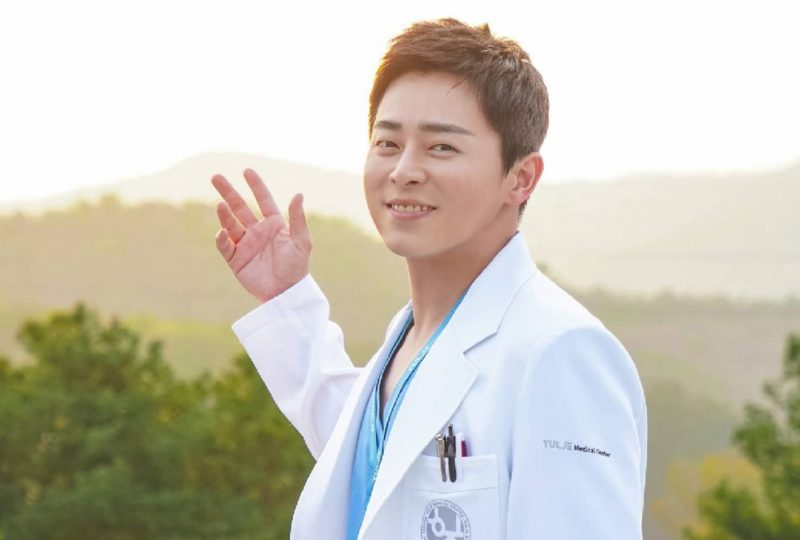 One of the more underrated Kdrama Netflix Originals has to be Hospital Playlist. It has 12 long episodes and depicts the stories of doctors, nurses, and patients at a hospital. The five doctors all entered the same medical university in 1999. They are now all friends and work together in the same hospital. However, the drama flashes back to 1999 and shows the five friends in a band together. Can they recapture their band days in the present day? You will have to watch to find out. This is highly recommended for those who like watching Korean dramas focusing more on friendship than romance. Therefore, while there is romance, the main focus is on the characters and their friendships throughout the years.

For those interested in Korean Office Dramas, check out our article here.