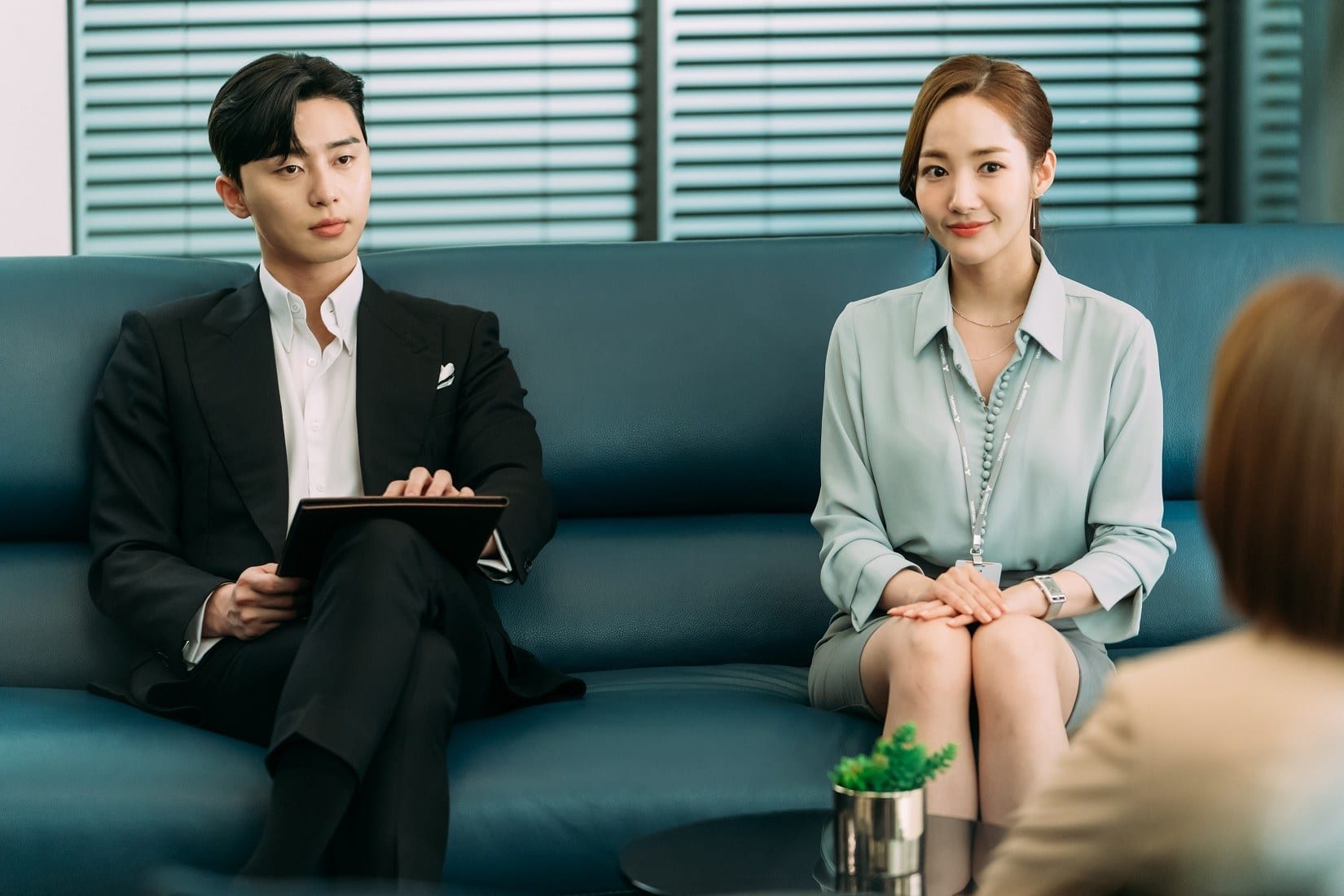 South Korean working culture is notorious for its rigid hierarchy, demand for loyalty at all costs, and long working hours. However, a rise in Korea’s startup sector is leading to promising working conditions that offer a better work-to-life balance. Also, the hit Korean drama Start-Up has also done a great job of showing what an alternative working culture in Korea could look like. However, old ways persist, and you can see this through many Korean dramas. Those that have worked for Korean companies will be able to relate more to these Korean office dramas. Those looking to learn more about Korean work culture can get insightful perspectives through the dramas below. In addition, office romances are just plain interesting. Many of these Korean office dramas will leave you crying, laughing, and sometimes angry, but all are worth viewing!

The best Korean office drama has to go to What’s Wrong with Secretary Kim. It is about a man who is running his family’s company. He is the vice president of the company. Therefore he is very rich. In addition, he is smart and handsome. However, he is also very arrogant. One day out of the blue, his secretary, who has worked for him for many years, decides to quit her job. This is a great Korean drama to watch to see Korean office culture and the male-to-female dynamic in the workplace. In addition, a little bit of office romance doesn’t hurt!

This would have been #1 as it deals solely with the Korean work culture. However, coming in second is not too bad. This is one of the most underrated Korean dramas of all time. Those interested in working at a traditional Korean company will learn a lot from watching Korean office dramas like Misaeng. The story centers on a child GO prodigy who failed at becoming a professional GO player. He begins working at a trading company as an intern. The drama focuses on his struggles and successes at his new company. 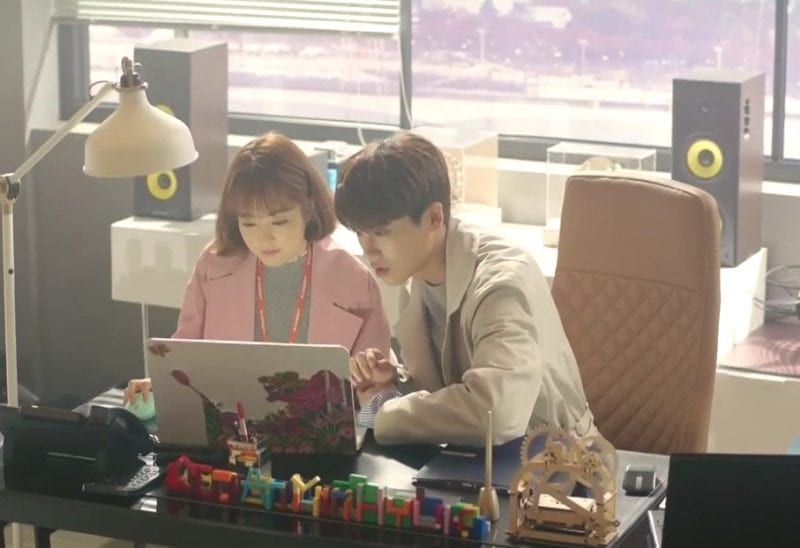 While you might not think of this as a Korean Office Drama, it does involve the boss/employee dynamic. It is about a girl who is born with superhuman strength. However, her dream is to create video games. One day she helped out a bus driver who is getting attacked by thugs. As she is beating up the men, a CEO of a video game company sees hers and ends up hiring her to be his personal bodyguard. He even offers her a chance to work in the planning department of his gaming company.

Another drama you would not consider the traditional Korean office drama is Pinocchio. It is about a smart man who lost his other when he was young. He was also saved by a man who thinks the man is his eldest son, who died 30 years ago. He gets adopted by his grandfather who has a granddaughter. The two grow up together. The granddaughter has Pinocchio Syndrome, where she hiccups every time she lies. After she grows up, she tries to work as a reporter like her mother. Only to fail due to her Pinocchio Syndrome. The man also has grown up and is working as a taxi driver. He later also decides to become a reporter.

One of the more underrated Korean Office Dramas has to be Protect the Boss. It is about a woman that is struggling to find a career. This is because she did not graduate from a prestigious university in Korea and didn’t have a strong resume. However, she can find a job as a secretary. She soon falls in love with her boss. Her boss is from a wealthy family and his father runs the company. He has a lot of fear, especially about being in front of people and large crowds. This drama is the classic employee/boss romance that will have you glued to the screen. 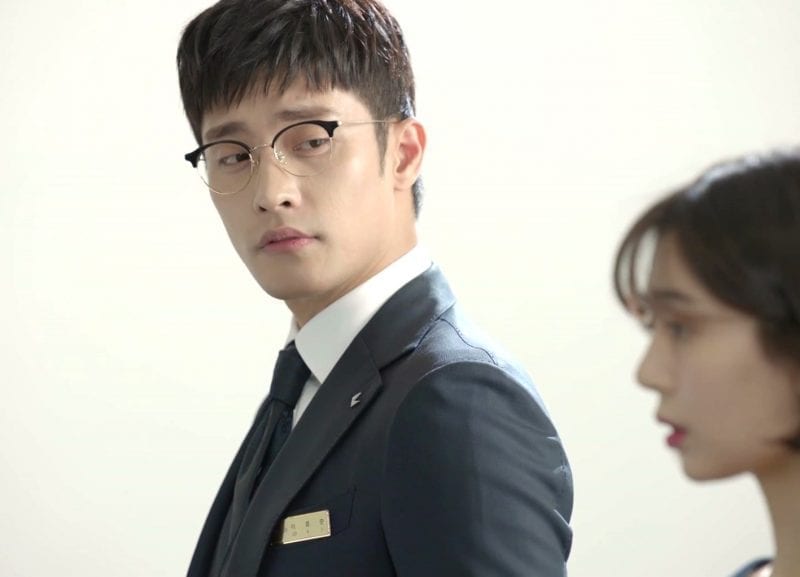 Here is another one for those who like Korean Office Dramas revolving around secretaries. It is about a woman who works as a secretary and runs a community website for secretaries. One day, her boss’s wife mistakenly assumes her husband is having an affair with her. The false scandal spreads throughout the company because her boss is having an affair with someone else. Therefore he lets the false rumor spread. She soon gets reassigned to another boss who discovers his traumatic experience is related to the same house she is living in. He rents a room on the house’s second floor to overcome his trauma.

The Korean office drama is about a son of a wealthy family who runs a large company. He does not hold on to relationships for a long time. Rather he only pursues short-term love. In the past, one of these girls ends up working at his company. He still remembers the night they spent together and does whatever he can to win her over. The drama shows the pressure of working for your mother and father and the expectations of a son to live up to the family standard. 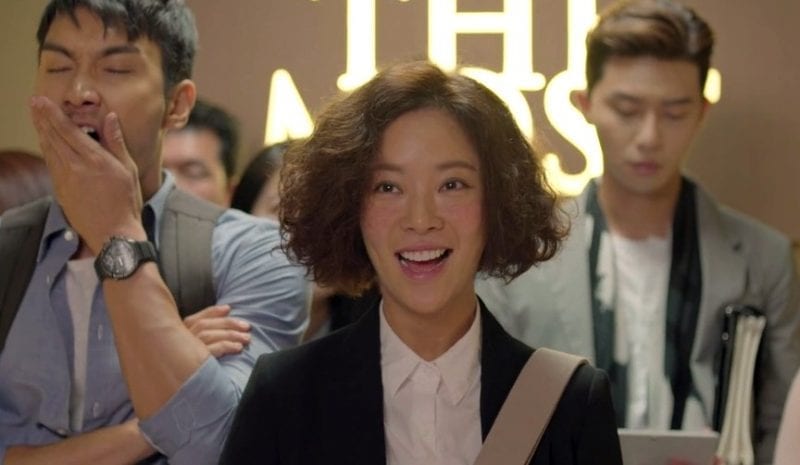 This drama is about a man who was ugly and fat when he was young. While he didn’t have many friends, he did have a pretty girl who wanted to be his friend. However, he ended up moving with his father to the United States. Fifteen years later, he returned to South Korea. Both of their appearances have completely changed. The man is now handsome, and the girl is no longer pretty. She is also unemployed and looking for a job. She ends up getting a position as an intern at a fashion magazine. However, she soon learns that the man is an editor at the same fashion magazine.

The Queen of Office 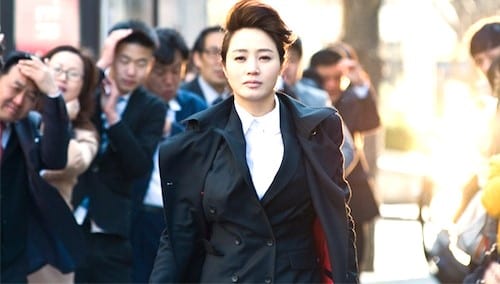 This is one of the best Korean Office dramas for women. It centers around a highly skilled woman that is good at pretty much everything. She ends up working as a temp worker with a foreign-educated MBA who is hired to turn around a flagging corporation. As they begin working together, they start to develop feelings for each other even though one is very headstrong and the other is unflappable.

This Korean Office drama is about a man who is the CEO of a public relations company. He is extremely shy, so his employees do not know him very well. A woman soon joins the company. She is very energetic and receives recognition for her work. However, she is only interested in the CEO and plans to reveal who the CEO is…

Don’t you see your favorite Korean office drama on the list? Let us know which should be on the list, and we will look!