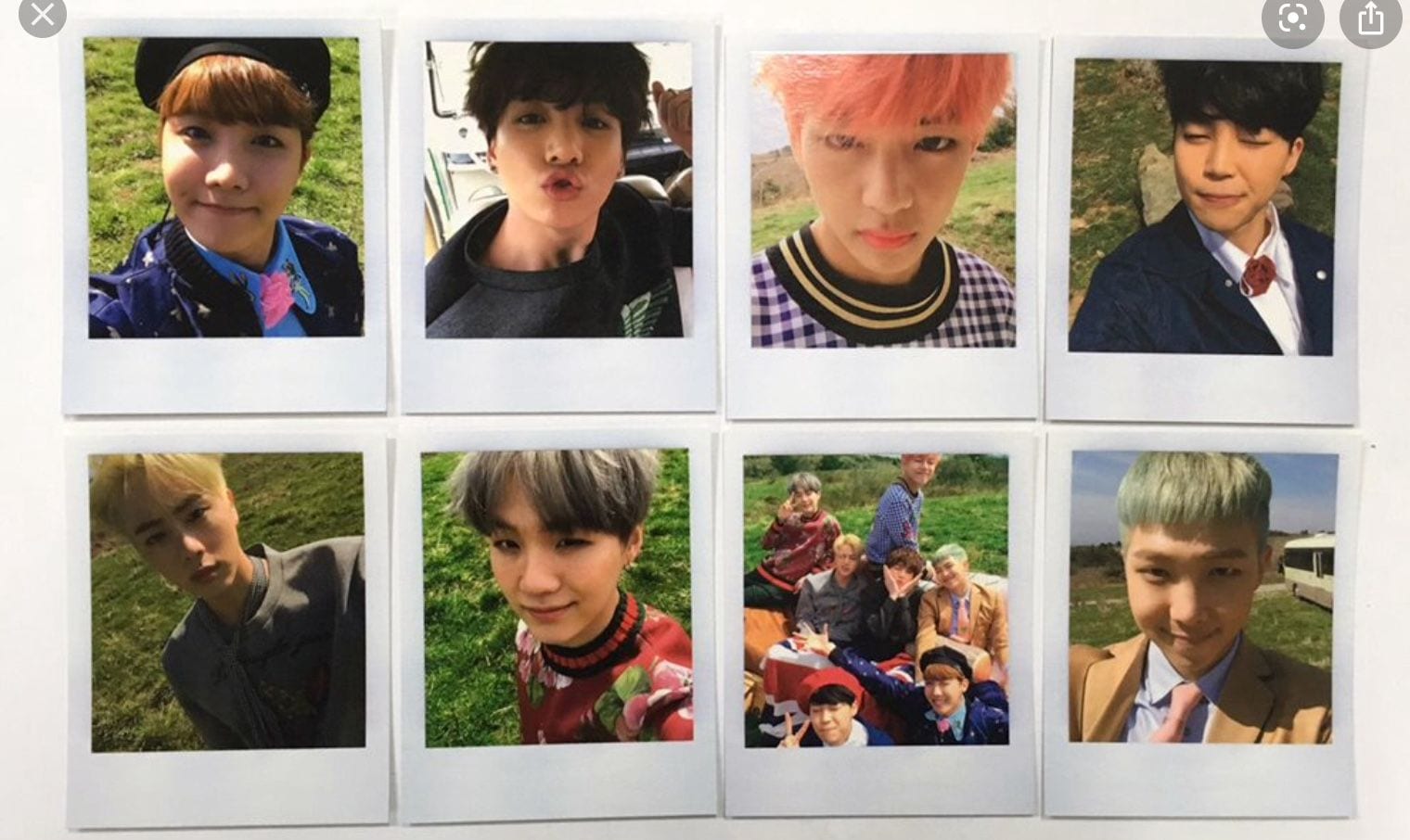 How was BTS formed? This might be one of the more unbelievable stories regarding the formation of a Kpop group. A lot of things had to go right for BTS to form. Each member’s journey could have quickly taken them in another direction. For those that think they are true BTS fans, feel free to take our BTS Quiz before moving on with this article.

When speaking about the formation of BTS, we can’t start without mentioning the CEO of HYBE (formerly Big Hit Entertainment), Bang Si-hyuk. As you will read below, he played the most significant role in forming the most successful Kpop group of all time. However, he didn’t fully know what the Kpop group should be initiated until he met who would become the leader of the group…

Kim Nam-joon started rapping in the 6th grade after listening to Epik High’s “Fly.” He soon joined rap groups such as Daenamhyup and Zico under Runch Randa. Therefore, through this, he released a few rap solos and quickly spread the word about this young rapping prodigy. At 15 years old, Kim Nam-joon auditioned for a Hip Hop agency but ended up forgetting the lyrics.

One of the judges was a Korean rapper, Sleepy, who suggested he try out for a small Kpop entertainment company called Big Hit Entertainment. Sleepy knew Bang Si-Hyuk, so he said a good word for Kim Nam-joon after seeing his potential. By the time Kim Nam-joon went in for the audition, he was 16. He ended up auditioning in front of Bang Si-hyuk. However, this time Kim Nam-joon did not forget his lyrics, and Bang Si-hyuk was blown away. He was so blown away by Kim Nam-joon’s skills that he signed him on the spot.

He then chose his stage name, Rap Monster (RM), and was a part of a six-member hip-hop group. However, 5 of the six members ended up leaving, and only RM was left. Bang Si-hyuk decided to build the group around RM and, in 2010, became the first member/leader of a Kpop boy group that would end up being known as BTS. Moreover, Bang Si-hyuk decided to go away from his all Hip Hop group and decided to create a more balanced Kpop group that incorporated a lot of Hip Hop. Now Bang Si-hyuk had to scout for the other members.

Min Yoon-gi was a 17-year-old living in Daegu. He was interested in rap from a very young age, even tho his parents disapproved. He performed as a rapper in high school under the name “Gloss.” Min Yoon-gi even composed rap songs for local artists in Daegu. He quickly became famous in the underground hip-hop scene. Then one day, he saw an advertisement for a rap competition by Big Hit Entertainment called “Hit It” and decided to enter. Min Yoon-gi did great and ended up getting 2nd place overall.

Therefore, Big Hit Entertainment signed him on immediately as a producer, not as an idol. Bang Si-Hyuk tried to convince Min Yoon-gi to join the hip-hop group he was trying to create. The key selling point for Min Yoon-gi was that he would only have to focus on rapping. So in 2011, Min Yoon-gi was in as long as he didn’t have to dance or wear makeup…something Bang Si-Hyuk promised but eventually broke. The new group had its second member, who would become one of the greatest Kpop rappers of all time.

SUGA. SUGA is short for shooting guard, a basketball position that Min Yoon-gi played. Now that the hip-hop group had its rappers. They needed a dancer.

Jung Ho-Seok always loved to dance. He had his dance crew called NEURON back in his hometown of Gwangju. His stage name at the time was “Smile Hoya.” His dancing skills were so good he won a national dancing championship in 2008. He ended up making it far during JYP auditions but was later cut. After being cut, he auditioned for a smaller Kpop Entertainment company called…you guessed it…Big Hit Entertainment.

He blew away the competition and was signed by Bang Si-hyuk. Jung Ho-seok created his stage name J-Hope. In addition, Bang Si-hyuk also saw great potential in J-Hope as a rapper. However, J-Hope was not initially feeling his place in the group.

He almost left the group; if not for RM convincing J-Hope to stay, there might have never been a BTS. RM said that if J-Hope were not on board, there would be no group. The group had three members, two great rappers, and one great dancer. Their 4th member would end up being one of the strangest Kpop member stories of all time. 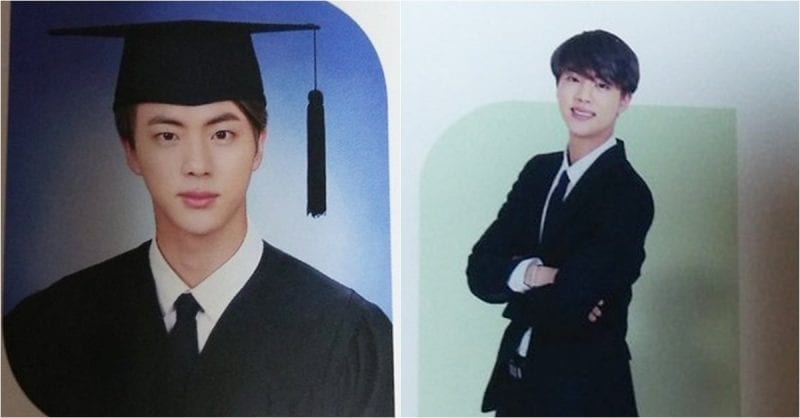 Kim Seok-jin had no experience singing or dancing, but he had that unique worldwide handsome look. This is why he wanted to become an actor and joined Bit Hit Entertainment, mainly to pursue an acting career. However, Big Hit convinced him to try being a vocalist for the new group the company was creating. Kim Seok-Jin would simply go by Jin as his stage name and quickly taught himself to dance and sing. Therefore, this shows that even at a much older age, there is still a chance to become a Kpop star. Jin did it. A lot of help came from the other vocalists, starting with…

So why did Jeon Jung-kook go with Big Hit Entertainment?

Jeon Jung-Kook stated in interviews that RM was one of the main reasons he picked Big Hit Entertainment. He wanted to work with RM, who he thought was one of the most incredible guys he had ever met. For his stage name, he kept it simple by sticking with his name Jungkook. Now the group had five members, with one being a true vocalist. The group needed more singers.

Kim Tae-hyung always wanted to be involved with music. However he came from a poor family of farmers; however, his family was still able to support his passion for music. He spent three years playing the saxophone. In his hometown of Daegu, there was a Kpop audition. Kim Tae-hyung did not go to audition but supported his friend who was going to audition. However, once he was there, he was encouraged by the organizers of the audition to audition as well. He did so well that he was the only one chosen from Daegu to move on to the next round.

Kim Tae-hyung was then signed by Big Hit Entertainment as a trainee and would be the 6th and youngest member of the group. For his stage name, he picked V, which is short for victory. For the final member, Bang Si-Hyuk wanted to find a member that could bring all the members together.

Park Ji-min was a great dancer from a young age. He studied contemporary dance at the Busan Highschool of Arts. He was the top student in the whole modern dance department. A teacher at the school encouraged him to audition for Big Hit Entertainment as they were holding auditions in Busan. He was only 16 years old but tried out and was signed by Big Hit in the summer of 2012. He then moved to Seoul as a trainee. Park Ji-min selected his stage name Jimin and was officially the group’s final member. The group which will go down in history as the most extraordinary Kpop Group of all time…BTS.