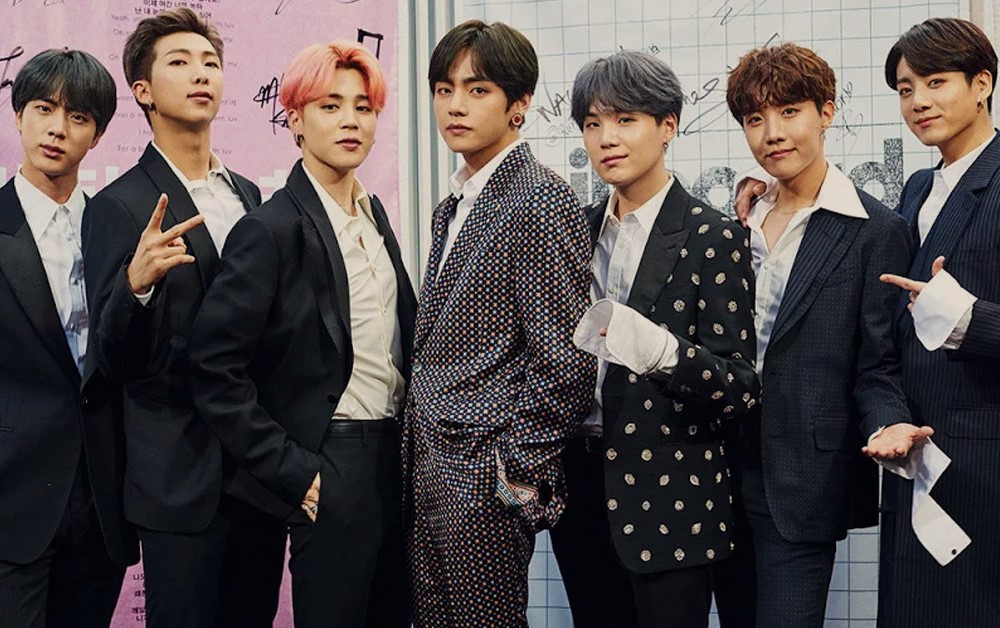 The 15 Most Followed K-Pop Idols on TikTok – Updated

Videos going viral in 2022 seem to be all coming from TikTok. The micro-vlogging app is now one of the hottest social media platforms for consuming and creating content; some even use it to learn Korean. TikTok has over 1 billion monthly active users who engage with the platform. Therefore, it is no wonder you are seeing more K-pop Entertainment companies creating TikTok accounts for their idols. Therefore, K-pop Idols on TikTok have some of the biggest followers on the platform.

In addition, some of the top trending K-pop viral videos from your favorite K-pop stars come from TikTok. While K-pop still dominates YouTube, TikTok allows fans to recreate the most iconic K-pop dance moves and see their favorite K-pop stars perform the latest dance challenges, skits, new releases, and more. Therefore, with COVID-19 shutting down K-pop concerts worldwide, TikTok allows K-pop fans to still get their K-pop fix via their smartphone! Are we missing anyone? Please help us update this article to keep it as accurate as possible! 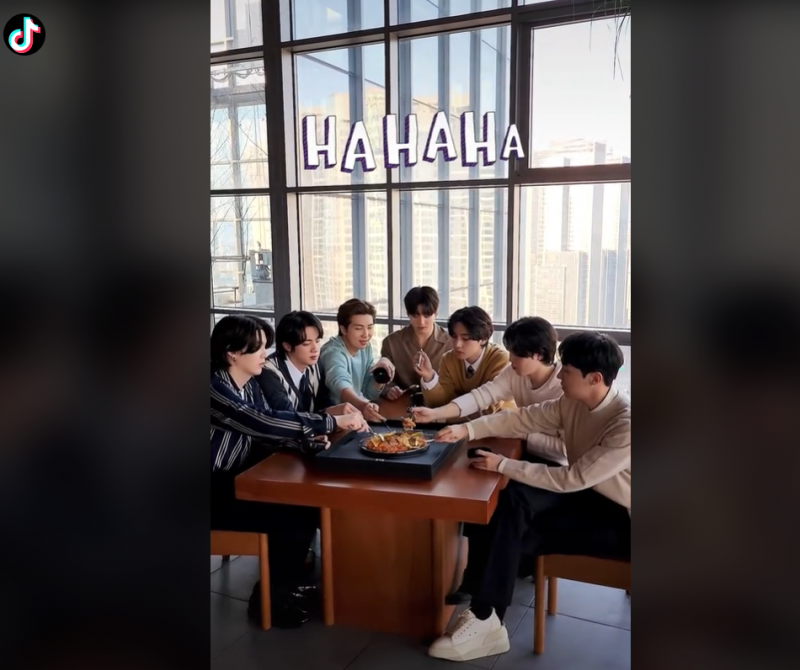 BTS is a 7-member K-pop boy group owned and managed by HYBE. The members include RM, Jin, Suga, J-Hope, Jimin, V, and Jungkook. They have been sharing their choreography on the platform for a few years. They made a splash on TikTok when they shared their dance choreography for their #1 hit Dynamite and even made their TikTok challenge. In addition, Jungkook holds the record for the most-viewed hashtag on TikTok. Even tho he does not have his account. BTS fans have shared massive amounts of videos of Jungkook from their account. His hashtag has gotten over 112 billion to date. Moreover, Jimin is the next closest, with over 95 million. BTS’s first video on TikTok got over 3 million likes within 24 hours! 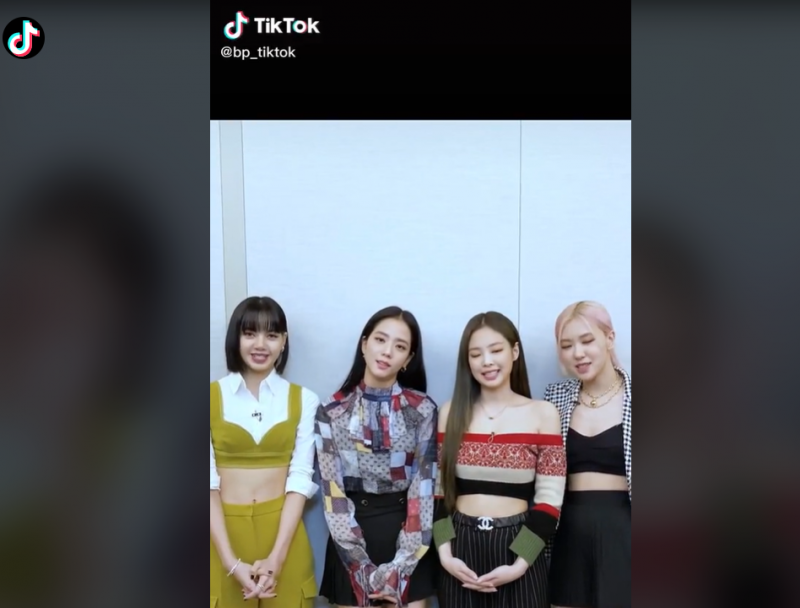 BLACKPINK is a 4-member K-pop girl group owned and managed by YG Entertainment. The members are Jisoo, Jennie, Rose, and Lisa. Each member is already one of the top K-pop stars on Instagram. Therefore it is only a matter of time before becoming the top K-pop Idol on TikTok. The group started its TikTok account back at the beginning of 2018. They grew to over 22 million followers in a little over a year. Furthermore, they even got Selena Gomez to try and recreate one of the dances in the Ice Cream music video with BLACKPINK. 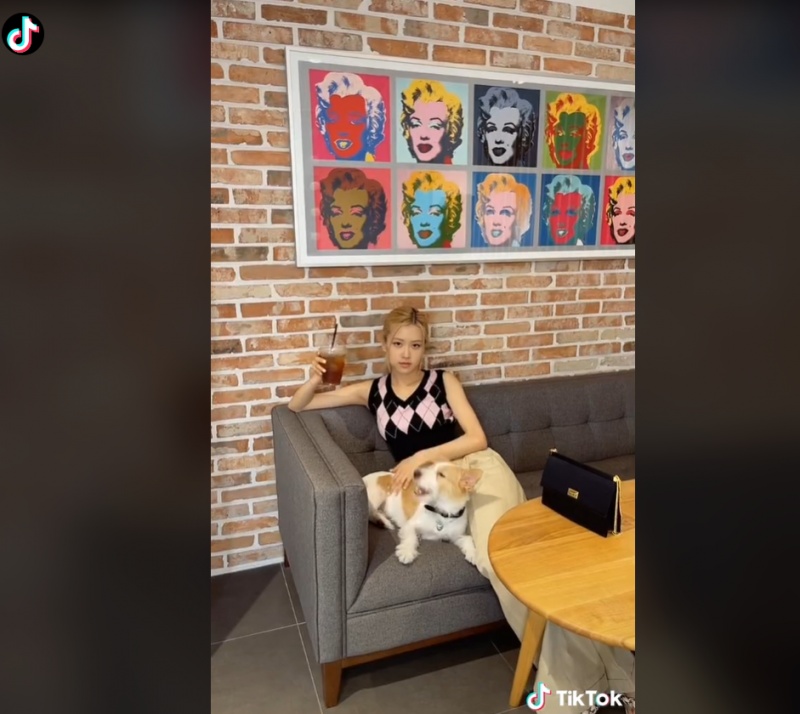 Rose confirmed in March 2021 that she opened her official TikTok account. Many Kpop fans wondered if Lisa, Jisoo, and Jennie would open their accounts. Her handle is @roses_are_rosies, and, to date, she has over 22 million followers. Many feel this move promoted her solo single “One the Ground.” However, if the other members follow, they will surely move up on this list quickly. 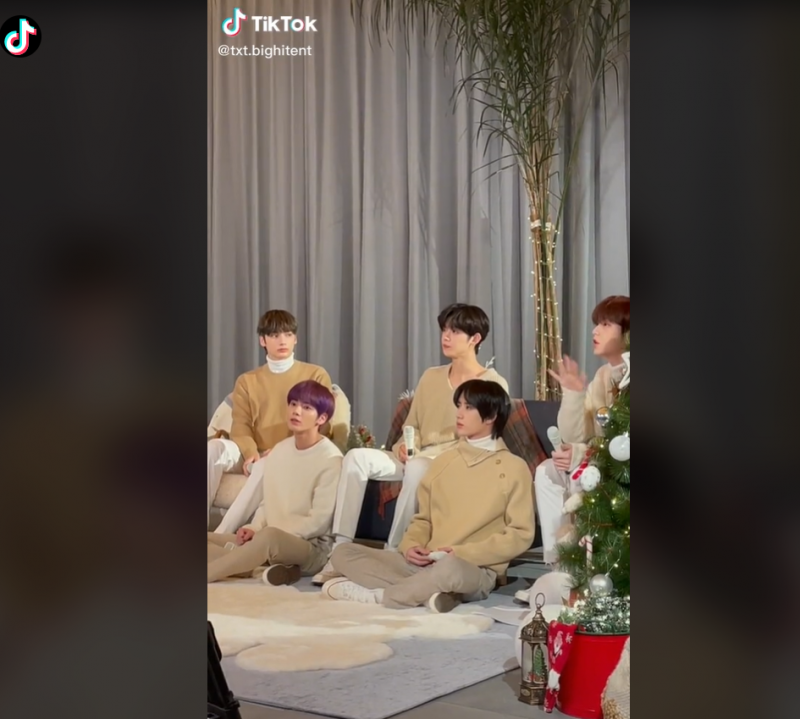 TXT is a 5-member K-pop boy group owned and managed by HYBE. The members include Soobin, Beomgyu, Hueningkai, Yeonjun, and Taehyun. TXT also collaborated with Cosmopolitan to perform viral TikTok dances. You can watch the YouTube video here. In addition, TXT did a successful Valentine’s Day campaign on TikTok, #BeMyValentine where each member prepared gifts for fans to discover. Fans had to search for TXT on TikTok to unlock all Valentine’s Day surprises created by TXT. 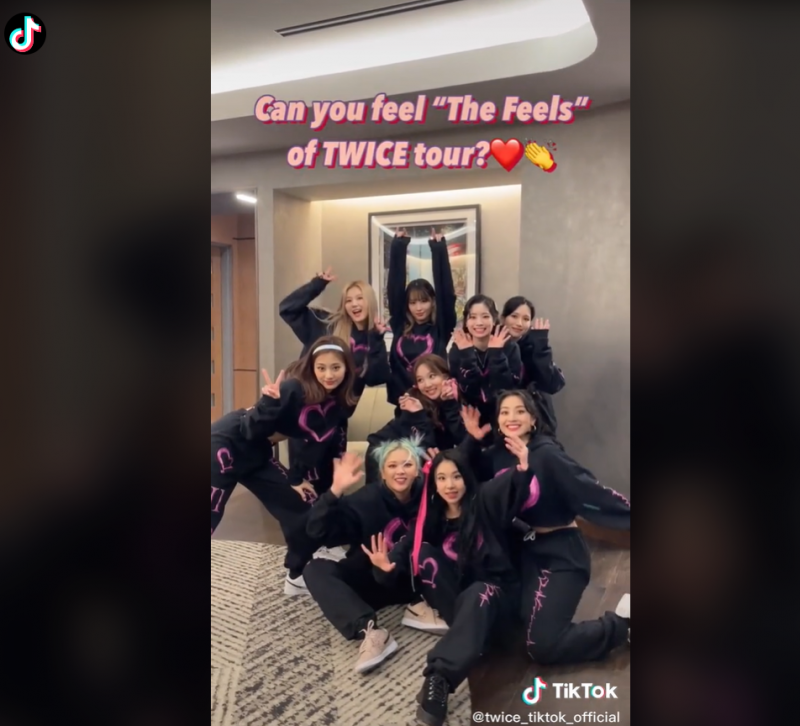 TWICE is a 9-member K-pop girl group. They are owned and managed by JYP entertainment. The members include Nayeon, Jeongyeon, Sana, Dahyun, Tzuyu, Jihyo, Momo, Mina, and Chaeyoung. TWICE collaborated with Cosmopolitan to perform viral TikTok dances. You can watch the YouTube video here. 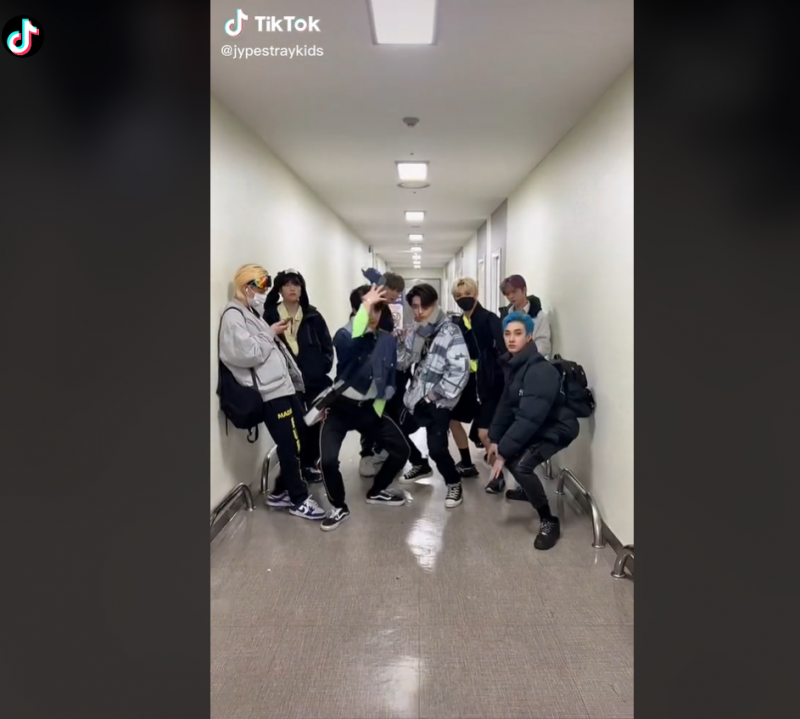 Stray Kids is an 8-member K-pop boy group owned and managed by JYP Entertainment. The members include Bang Chan, Changbin, Han, Woojin, Lee Know, Felix, Seungmin, and I.N. Furthermore, Felix and Seungmin have been getting a lot of praise for their TikTok challenge videos. 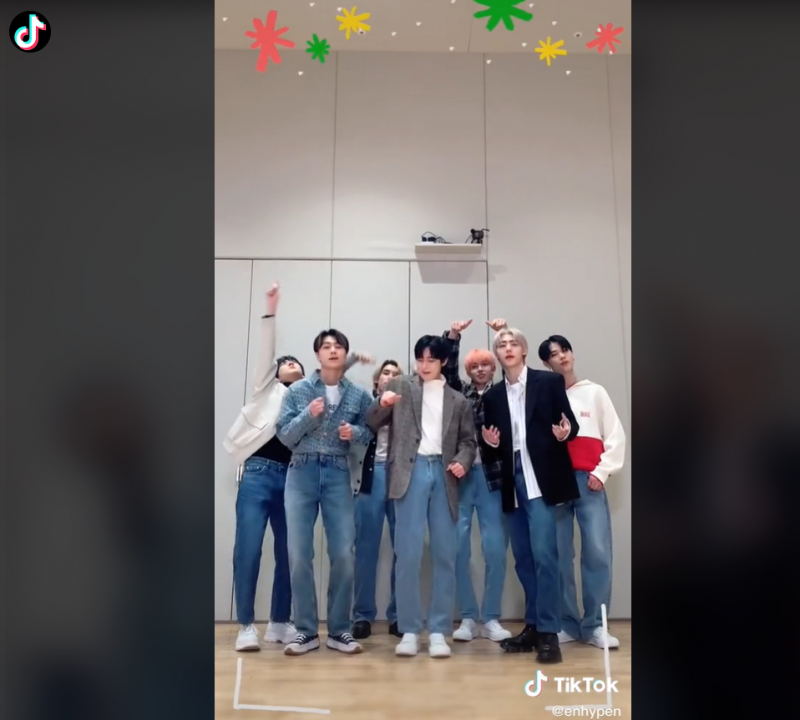 ENHYPEN is the final seven members from the survival show I-LAND under BE:LIFT, a joint label created by HYBE and CJ E&M Entertainment. Their debut was in November 2020, showing just how rapid their growth has been. Before their debut, they were considered the most anticipated rookie group to debut in 2020. 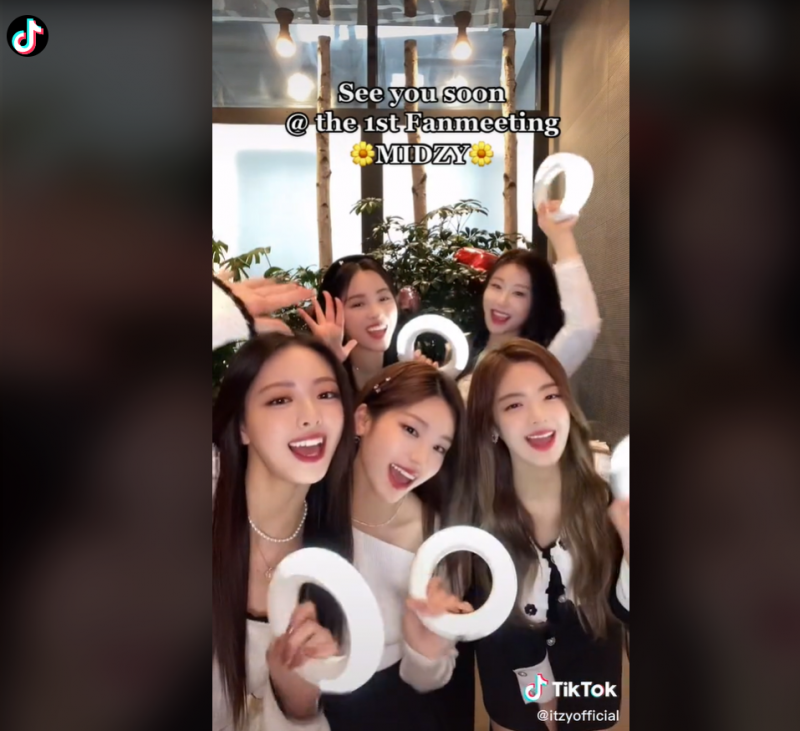 ITZY has been active in 2022, recruiting celebrities to dance with them for their “In the Morning Challenge!”. They posted TikToks of themselves dancing for the challenge with Super Junior’s Heechul, UP10TION’s Jinjyuk, Sindong, BIBI, Norazo, AB6IX’s Daehwi, and Jaejae in 2021. Therefore, look for even more challenges from them in the second half of 2022. 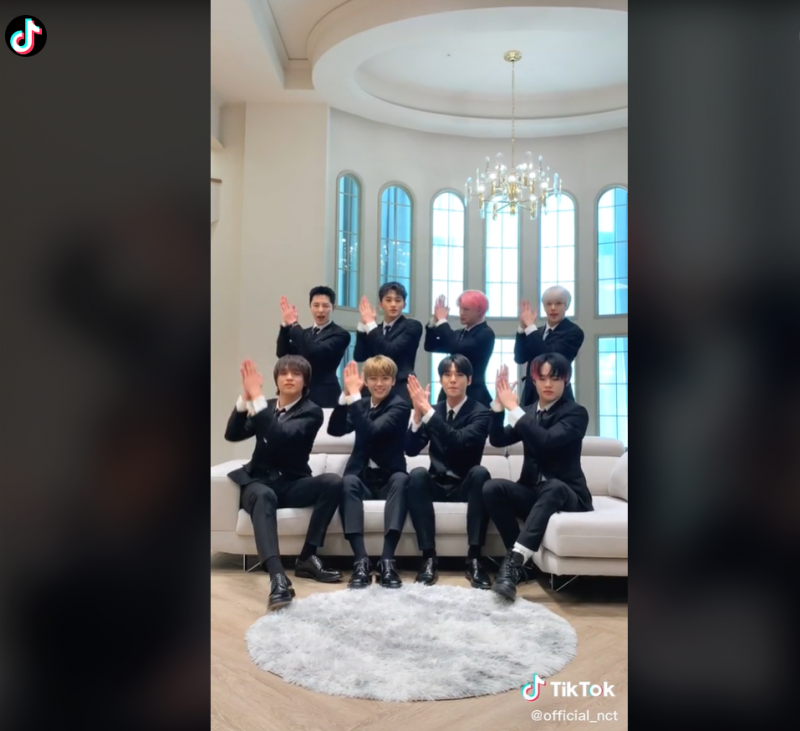 SM Entertainment formed NCT. The group name NCT stands for Neo Culture Technology. They were first introduced in early 2016 and has 23 members! The members range in age from early to late 20s. Moreover, the groups are broken down into subgroups: NCT U, NCT 127, NCT Dream, and WayV. 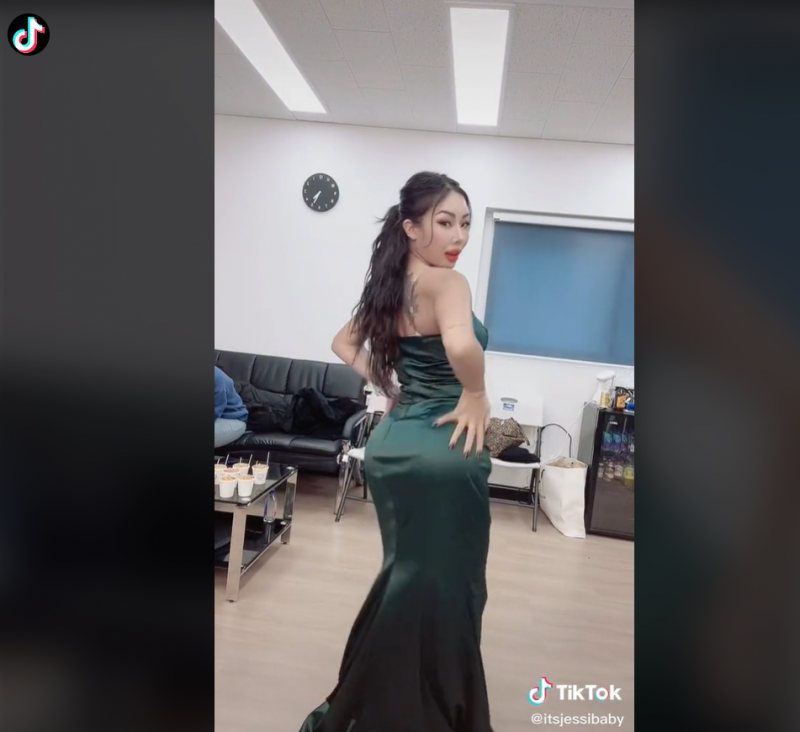 She is a Korean-American songwriter, rapper, and singer. Jessi is currently based in South Korea but was born in New York. She moved to South Korea when she was 15 years old. She was a part of the South Korean hip-hop group Uptown in 2006. Then join the hip-hop group Lucky J in 2016. She joined Psy’s P Nation label in 2019 and started her solo career. 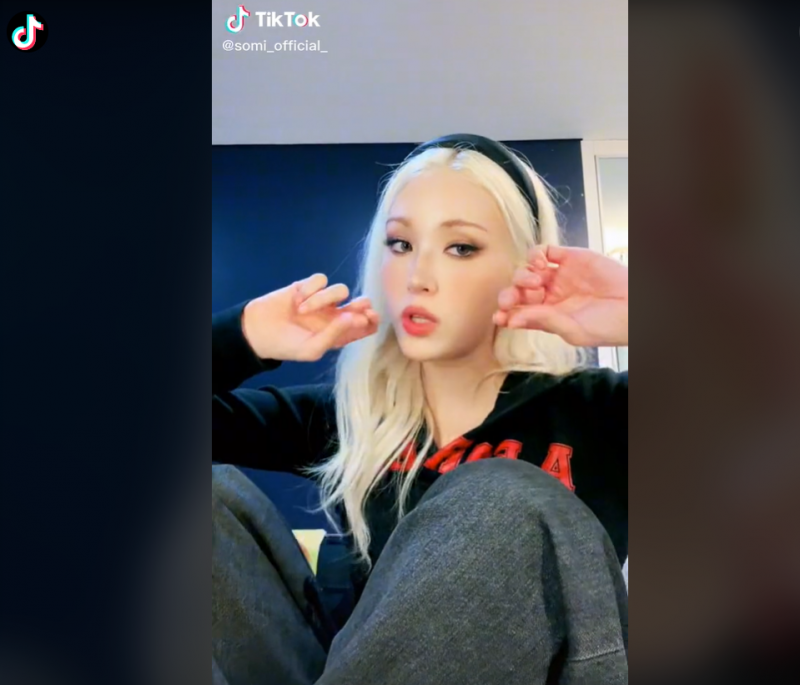 Jeon Somi’s real name is Ennik Somi Douma. She is part Korean, Canadian, and Dutch. She became famous in Korea for winning the Korean singing competition series Produce 101. Jeon was a member of the series’s project girl group I.O.I. However, she took off after going solo under The Black Label, a subsidiary of YG Entertainment. In addition, her new single “Dumb Dumb” got over 10 million views on YouTube in just 24 hours. 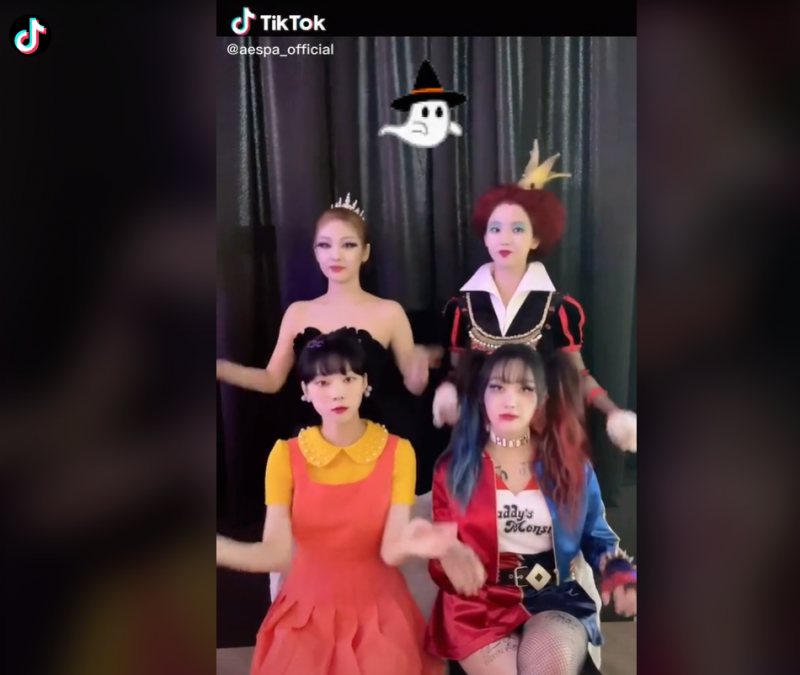 AESPA is one of the top up-and-coming K-pop girl groups and one of the fastest risers on our list of the top K-pop idols on TikTok. They were formed by SM Entertainment and consist of 4 members. The members’ names are Giselle, Winter, Karina, and Ningning. In addition, the group also signed with Creative Artists Agency for their activities in the United States. 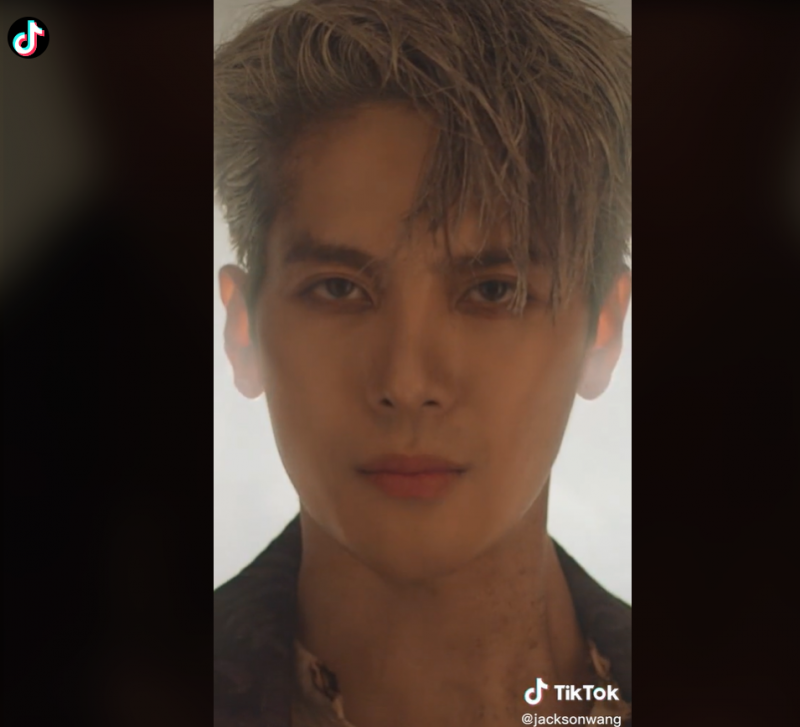 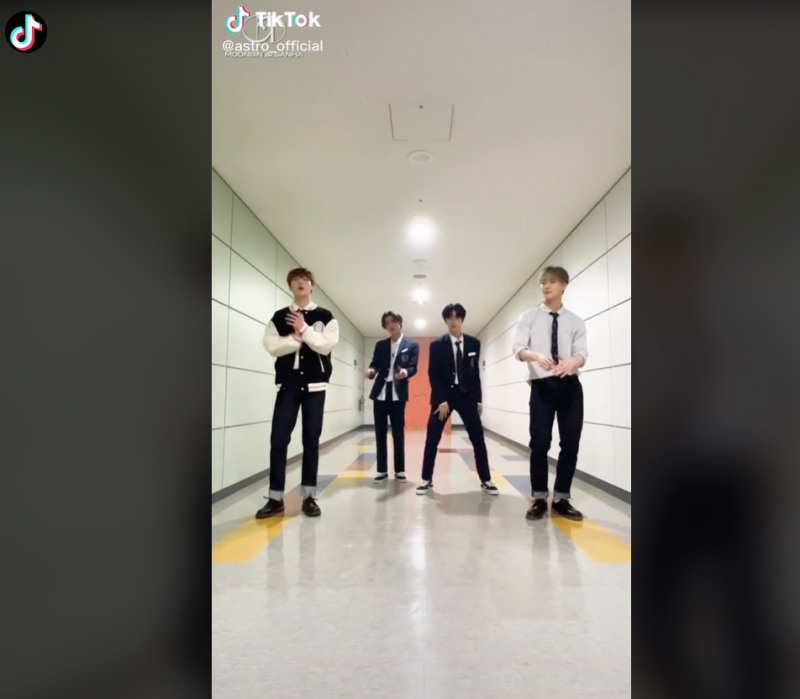 ASTRO is a boy group launched by Fantagio in 2016. The group has six members: Moon Bin, Rocky, MJ, Jinjin, Cha Eun-woo, and San0ha. In addition, their second full-length album was released in 2021, called All Yours. 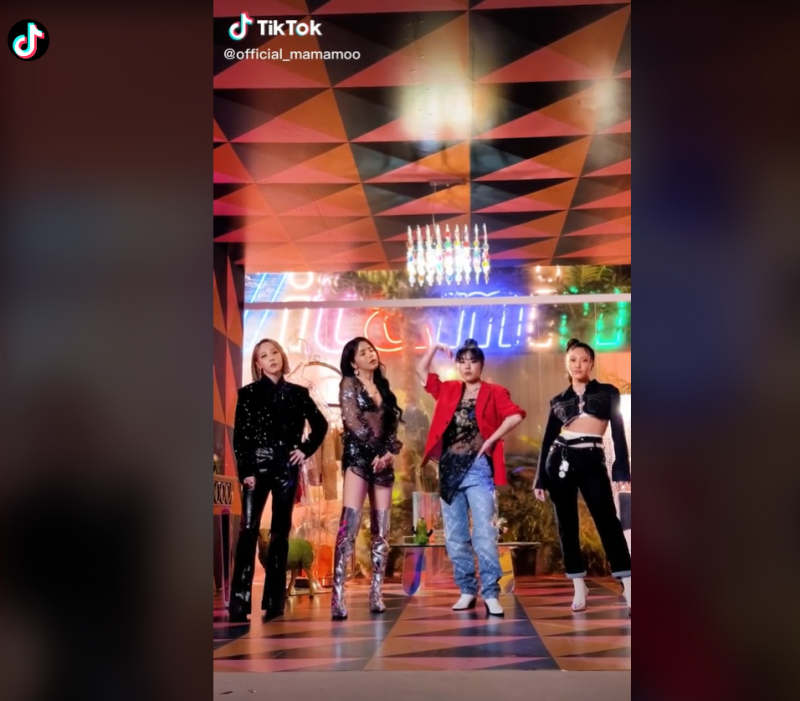 Mamamoo is a 4 member k-pop girl group Rainbow Bridge World. The members include Solar, Moonbyul, Wheein, and Hwasa. Moreover, if you know Mamamoo, you can be sure they will think of creative videos to post on TikTok in the future.

Check out our article on Korean Kpop Influencers as well.